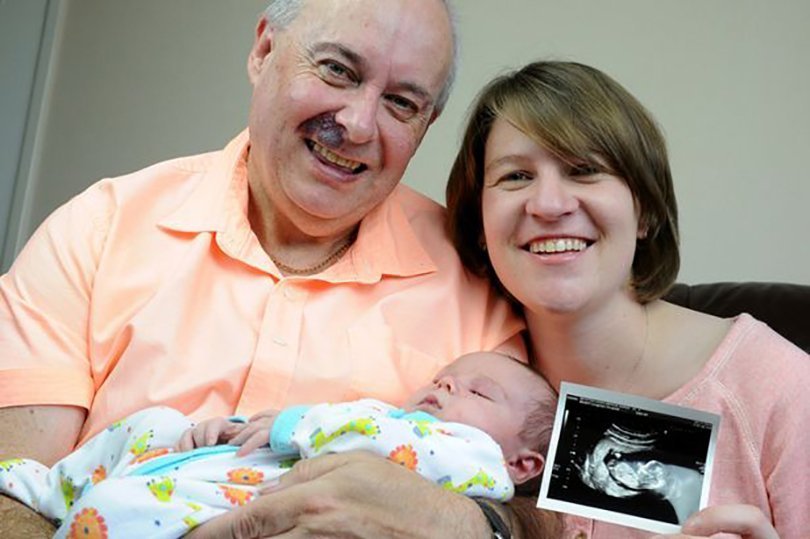 A couple with a 26-year age gap are celebrating the birth of their “miracle” baby.
Sarah Leigh-Bergin, 31, from Cheshire, first met husband Mike, 57, in 2004 when she was 19 and he was 45. They married seven years later.
Mr Leigh-Bergin underwent an irreversible vasectomy 20 years ago, making it impossible for them to conceive naturally.
The couple refused to give up on their baby dream and, after finding a clinic in Norway, they underwent three attempts of IVF before Mrs Leigh-Burton fell pregnant in September 2015.
She gave birth to a baby boy, weighing 6lbs 10oz, on 5 June 2016. The couple named their son Joshua. 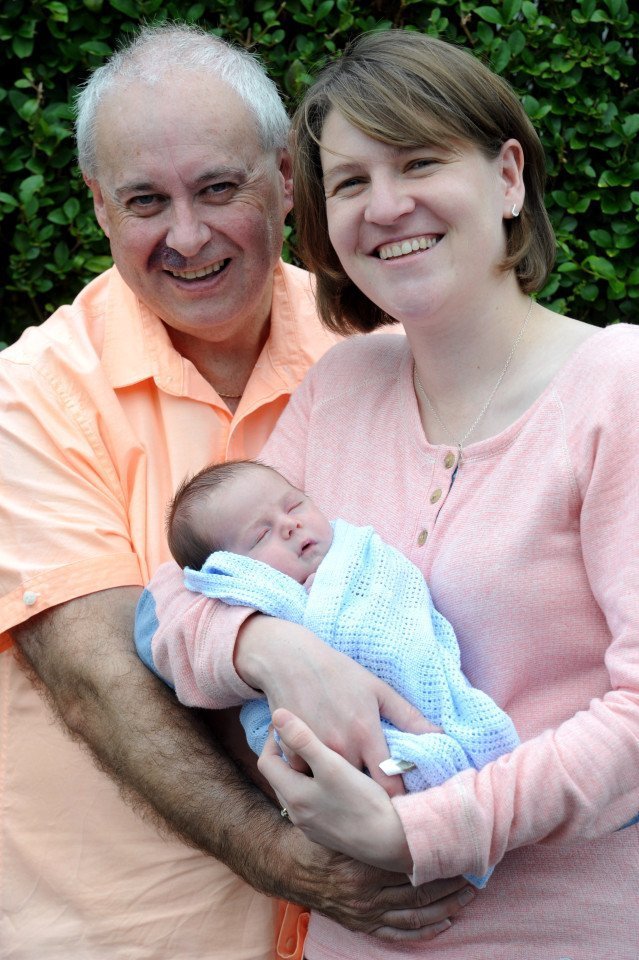 “Joshua is mine and Mike’s first baby together and we couldn’t be happier that we’ve now got our perfect family,” said Mrs Leigh-Bergin.
“Me and Mike have faced critics during our relationship, some people find our age gap uncomfortable.
“But in reality, we are just a normal couple who love each other unconditionally.”
Speaking about their relationship, the new mother said: “My parents did ask questions when we got together, with some people assuming we had hidden motives for being with each other.
“But once they saw us as a couple, they could see how much we loved each other. They are now over the moon the have a grandson.
“Me and Mike had always wanted to start a family together and we often talked about it at the beginning of our relationship as I didn’t know if it would be possible but I knew we would need help either way.
“In 2014, I started to research different IVF clinics, due to being turned down by the NHS for treatment because Mike had a vasectomy.
“I also had unbalanced hormones and polycystic ovaries making it impossible to conceive naturally.”
Leigh-Bergin said each cycle of IVF in Norway cost them £2,000, rather than what they calculated would be £7,000 in the UK.

“After three attempts I actually fell pregnant, we couldn’t believe it,” she said.
“Seeing the blue line appear on the pregnancy test was the best moment of our lives and then watching my bump grow was incredible.
“Now Joshua is here and he’s three weeks old our whole experience feels worthwhile, it was an emotional rollercoaster having two failed attempts but we always tried to stay positive.”
The couple are now back home and said they’re looking forward to the future together.
“Apart from being sleep deprived, we are doing perfectly fine with Joshua back at home,” the new mum said.
“He gave us a scare in hospital as he picked up an infection and needed to be placed in high dependency unit for a few days, all we could do was change his nappy and stroke his skin through the incubator.
“But after 12 days he was allowed home and we could finally take over and look after him full time.
“I also wanted other people to know that despite my and Mike’s age gap that couples can still conceive and have their own children even if they’re facing problems like we did.
“I couldn’t be happier now I’m a mum, and although I’m sure myself and Mike will get some remarks about his age as we push baby Joshua around together, we are determined to be great parents.
“We still have two embryos left, so hopefully we may go out to Norway again and try to give him a brother or sister someday.”
Tone Jarvis-Mack from Fertility Road magazine, who the couple shared their story with, said: “Like most of our readers, Sarah and Mike wanted to find out more information about fertility clinics and the treatments available so they could make an informed decision.
“After a very positive experience meeting Dr Hausken at the Fertility Show in London they decided to travel to Norway to start their own fertility journey.
“From the outset Mike and Sarah knew the odds were stacked against them with a variety of medical problems.
“Despite all the initial setbacks they are the proud parents of baby Joshua thanks to the team at Klinikk Hausken.”?