In the Facebook groups, I am an administrator of (the Low AMH, the TTC over 35 and the TTC over 40), not one week passes without someone complaining a high dose stimulation cycle failed her and she was directed towards donor eggs.

Obviously, it comes a time in the fertile life of every woman, when her eggs will no longer be good. And when the body really can’t deliver anymore, the science can’t do much about it. But until this happens, the vast majority of women I come into contact with (virtually) prefer to exhaust every possibility of using their own eggs.

As I have mentioned it before, and many of you already know first hand, IVF works by narrowing down the chances of finding the better egg. This being said, the more eggs you produce, the better chances you have for success. This is why some clinics turn off clients with low AMH and diminished ovarian reserve, for fear these clients won’t be able to respond well enough to treatments, to produce enough eggs to ensure a positive outcome-this resulting in negatively affecting their success rates. Those clinics will probably serve you the donor egg speech even without considering treating you.
There are of course other clinics, the majority of them actually, who really believe they can do well, and take you in. They treat you just like they treat their “fertile” patients (let us not forget for a moment that IVF was initially conceived to overcome male fertility issues and tubal problems) and therefore they try to make you produce as many eggs as possible, cause the more eggs the merrier with IVF, right?

Even more than that, they will have the tendency to give you higher doses then they use for their “fertile” patients because they know your DOR makes your ovaries pretty lazy, and they believe higher doses of stims compensate for your ovaries’ lack of reactivity. This was indeed the approach several years ago. Since then, lots of studies have been performed and facts have proven otherwise.

What I am going to tell you next, is my own personal experience…

I started my IVF adventure in March 2014, on my 40’th anniversary. My RE was one of the most appreciated REs at the American Hospital in Paris, and I just loved his calm and poise, and the patience with which he answered all our questions. All my tests were perfect, except for my AMH who came back at 0.5 only to throw me into black despair. Little did I know about AMH  back then, or that I shouldn’t pay too much attention to it. I had gotten pregnant precisely 10 months ago, naturally, like I always did, on the first month trying. Unfortunately and very unfairly if I may say so, I lost our little boy at 16 weeks because of an incompetent cervix (that I later corrected through surgery in the USA).

My RE told me the same story most of your REs tell you: your AMH is low, we have to be pretty aggressive in order to make the most of these ovaries of yours…

He started me on an agonist, a French kind of Lupron, and high doses of Gonal-450 if I recall well. My AFC was (and still is to this day, 3 years later) between 9 and 11 on CD3. As the days went by and my retrieval approached, I could see my follicles disappearing: 11 became 8, then 6, then 4…eventually that cycle we got 3 eggs…To say I was disappointed would be a huge understatement. We converted to IUI and when I asked him what the heckity heck happened, he shrugged and told me morosely: “Your AMH is 0.5, what did you expect?” Yeah, I wanted to kick him…

But I didn’t, and when I got a BFN, I went to see him again, and I asked him how did he prefer to proceed for the next cycle? Should we try an antagonist protocol? (You see, in the meantime I had discovered fertility groups, I started to read studies, articles, and educate myself-my journalistic self forbad me to act like sheep and pushed me into finding out the “truth”, my truth.) He replied contemptuously “Oh, but the antagonist protocol is such a bullshit, I don’t believe in it, I only do this protocol and it works so well for my patients”. I knew then it was time for us to part…I don’t believe in making the same mistake twice, on purpose. And I left…

For another famous French clinic, a public one this time. Horrible conditions (you, my American readers won’t understand this but believe me: horrible conditions) fantastic doctor. I was pretty impressed by his CV until he told me “You are in the best hands, I am the best in France, you will NE-VER find another RE better than me in this country”…..ughhhhhhhhhhhhhh…ok………But I stayed…4 IVF (high dose and local anaesthesia only for retrieval) and 1 IUI later, still BFN, not even a chemical. I would like to give him this though: he tried! He changed protocols every cycle. We did Gonal, Pergoveris, Menopur, Puregon. We did testosterone priming (the worst for me, 2 AFC instead of my usual over 9) estrogen priming (he was the first RE  to ever use this protocol, he invented it)….We did everything!!!

The only thing we didn’t do was a low dose. Whatever he did, I was on 450 FSH and some 150 LH and the best results I ever got with him were 3 lousy eggs, with a 100% fertilisation rate, giving me 3 lousy embryos. One day, I went to see him and I told him I am willing to leave him and go to London to a clinic I have heard did low dose IF he didn’t accept to do the low dose protocol another RE in NY gave me over the phone, after having sent her all my medical records. He said sure, sure, we will do whatever you want, just know that this protocol is “counterproductive” and you will never get more eggs than that. He, therefore, prescribed me the usual 450 Puregon and the 150 Menopur the freaking same protocol we had done the previous month. I just couldn’t try to reason with him anymore, so I left.

I went back to my obgyn and we did the low dose protocol – IUI, bam, 5 follicles.  It was a huge surprise for both of us. She considered that I respond too well and in case I wanted to do another cycle (that IUI cycle was still BFN) I would be better off doing IVF. She spoke to my first RE and she asked him would he accept performing IVF with my protocol next time? He said yes! We did it in April and we got….8 eggs. 6 fertilised, 4 embryos, 3 were pretty poor quality and were transferred on day 3, and one was kept growing but it arrested later that day.

BFN yet again. But my actual (and ex first RE, as a matter of fact) changed the tune. He was so super amazed by the wonders this low dose protocol did for me, that he wrote it down. Where he once told me my AMH was so low I had nothing to hope for, now he is very optimistic we can make this work and it is worth trying despite me being 43 now. He put me on Inositol (I am also taking Ubiquinol, Vitamin D, Folic Acid, Zinc and L Arginine) and he wants me to try again in September, to see if over 3 months of supplements intake managed to positively impact the quality of my embryos. Which is exactly what we will do.

Because all she can do is 120. And forcing her to go to 200 won’t actually make her go to 200. But what can happen is she can break. It’s the same for us. Pushing huge doses of stims into ovaries able to produce a certain quantity of eggs won’t necessarily make them produce more eggs. Hence the “bad response” we hear about all the time. More often than not, DOR patients see their ovaries block and don’t function ok on high stims. While a gentler approach, a milder stimulation, gives them better results.

This has not been discovered only by us, patients, but it has become a trend lately in the medical world. Studies have been performed that have proven mild stimulation and in some cases, even natural IVF (that is no stims at all, just one egg retrieved) work better for DOR patients, aka “bad responders”. Some REs will tell you to live pregnancy rates are low for natural and low dose IVF – and they are when you compare them to the high rates of normal responders. But when you compare them to the results bad responders have after failing cycles on high doses, you will find that something is still better than nothing. There are more and more clinics offering this low dose approach.

One of them is CreateHealth in London who exclusively treats patients with diminished ovarian reserve. There are others too, and if you have come across one, I would ask you to comment with the name and location, in order to help other ladies.
Whatever protocol you and your RE choose, just keep in mind that IVF is really trial and error.

It is pretty rare for an IVF patient to be successful on the first cycle, and this is even truer in the case of poor responders.

Therefore, if your first IVF cycle fails, do not despair. Chances are you will have learned a lesson and you will know what and how to do better next time. And know that unless you try, you cannot really know how you will respond, either to low doses or high doses.

The most important thing is to have the luck to come across a doctor who knows DOR, who is familiar with both approaches not only the aggressive one, and who is willing to work with and for you, to get you the best outcome. And that would be a baby 🙂

Meanwhile, you might want to take a look at these recent studies, giving hope to us, poor responders who might want to use the milder approach versus the aggressive one. 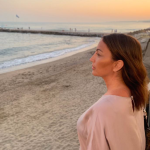 Oana Gharbi is a Journalist, infertility blogger, mother of two who writes on different aspects of health and infertility.