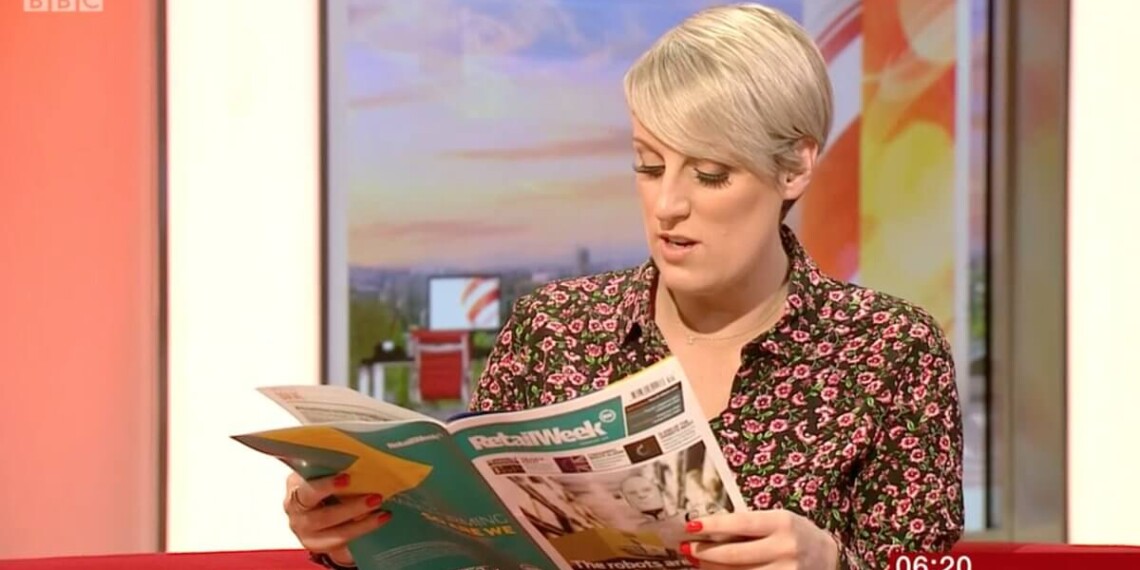 “I am no longer with pot belly…..I am now with child“.
BBC Breakfast’s Steph McGovern has revealed that she is expecting her first child with her partner.

The presenter and journalist confirmed the news on Twitter, writing: “I see my news is out! Yep, I am no longer with pot belly……I am now with child. #babyonboard”.

According to The Sun, Steph has told her family and friends that she and her girlfriend will welcome their baby in November.

The broadcaster has been working on a number of TV projects recently, including Shop Well For Less, which she hosts with The One Show’s Alex Jones.

I see my news is out!
Yep, I am no longer with pot belly……
I am now with child.

She is now working on a new BBC One prime-time series, Easy Ways To Live Well, alongside Hugh Fearnley-Whittingstall, which will see her look at different ways to stay healthy during the different trimesters of pregnancy.

Steph recently said that she thinks the BBC has a ‘class pay gap’ and that the corporation concentrates too much on “ethnic diversity” over class diversity.

“Throughout my career I’ve had to argue about [pay],” she said. “It’s not as simple as a gender issue, it’s partly down to class.

“There are a lot of women who do a similar job to me who are paid a hell of a lot more… who are a lot posher than me.”