What Are The Advantages Of A Blastocyst Transfer On Day 4 Or 5? 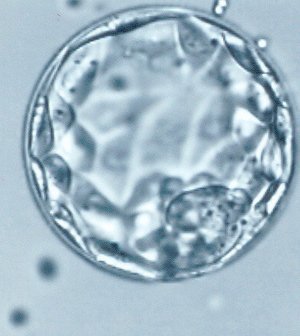 A blastocyst transfer is an embryo with a complex cellular structure consisting of approximately two hundred cells, which has been in culture for four or five days. The blastocyst phase is the stage of development prior to implantation in the womb.

When an assisted reproduction cycle is performed it allows for optimise results. Currently the most physiological way of achieving this is with an blastocyst embryo culture that reaches that reaches the Blastocyst stage. 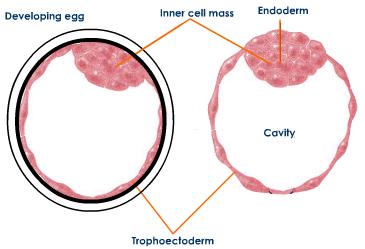 But what is a Blastocyst?

A blastocyst is an embryo with a complex cellular structure consisting of approximately two hundred cells which has been in culture for four or five days. The Blastocyst phase is the stage of development prior to implantation into the womb.
The morphological characteristics of a blastocyst are:
A cavity blastocoels and deferential between two cellular structures.
The inner cell mass that will create the future embryo.
The trophectoderm resulting placental structures.

What are the advantages of a blastocyst transfer on day four or five?

First of all it allows for the selection of best embryo to transfers. The embryo that reach this stage have a higher implantation capacity under optimal conditions of around 40% since they have overcome the possible development blockages that often occur in early stages.

It reduces the number of embryos to transfer depending on each case or to transfer just one or a maximum of two embryos. This way the risk of multiple pregnancies is reduced.

It allows for a more physiological synchronisation between the embryonic development and endometrial receptivity which as mentioned is the stage prior to the stage of implantation.

Current Spanish law allows for prolonged embryonic cultures which involved improved monitoring of the embryonic development and the transfer of those that nature has selected. Undoubtedly this selection leads to an improve implantation rate which results in a higher ongoing pregnancy success of the blastocyst.
More information on Blastocyst TransferBlastocyst Embryo can be found here.

What is PCOS and why does it affect Fertility and What can you do to improve your chances of Conceiving?