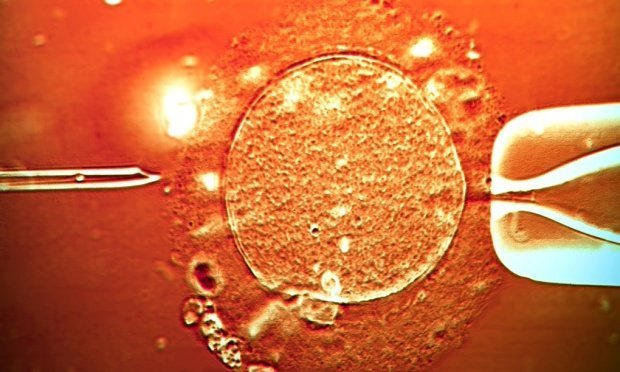 Everybody is talking about how Britain is to become the first country in the world to allow the creation of ‘three-parent babies’, after MPs voted in favour of the technique of mitochondrial donation at the start of February. But what does this really mean?

Mitochondria are small structures that sit inside cells and provide them with energy. They have their own set of 37 genes which are separate from the 20,000 or so genes that shape who we are.

What does this have to do with anything?

A small number of babies are born with faults in their mitochondrial DNA which can cause diseases; one in 6,500 babies is born with a severe form of the disease.

Mitochondrial diseases tend to strike in children and grow steadily worse, often proving fatal, and conditions include Leigh’s disease, progressive infantile poliodystrophy and Barth syndrome. Faulty mitochondria have also been linked to conditions such as Parkinson’s, epilepsy and diabetes.

What are the new procedures that could prevent diseases?

Scientists have developed two techniques to stop mitochondrial diseases being passed from mother to child:

Mitochondrial spindle transfer (MST). Doctors use standard IVF procedures to collect eggs from the mother. They take the nucleus from one of the eggs and drop it into a healthy donor egg that has had its own nucleus removed. The reconstituted egg contains all the normal genes from the mother, but her faulty mitochondria are replaced by those from the healthy donor. The egg is then fertilised with the father’s sperm. The resulting embryo has the usual 23 pairs of chromosomes that hold the mother and father’s DNA, but the 37 mitochondrial genes, about 0.2% of the total, come from a third person, the donor.

This is similar to MST, but both the mother’s and donor’s eggs are fertilised first with the father’s sperm. Before the eggs divide into early-stage embryos, the parents’ chromosomes are removed from the mother’s fertilised egg and placed into the donor egg, which has had its own chromosomes removed.

Who is the “third parent”?

Women who donate their mitochondria will remain anonymous and have no rights over the child. Genetically, all of the 20,000 genes on the child’s 23 pairs of chromosomes come from the child’s mother and father and the procedure does not change this ‘nuclear’ DNA. The donor only contributes DNA that sits in the mitochondria, less than 0.2% of the total. Human characteristics such as eye and hair colour and other defining traits, are controlled by DNA in the cell nucleus.

What does this new legislation mean?

If the parents are willing to abort an affected foetus, they can have chorionic villlus sampling at 10-12 weeks, or amniocentesis at 14-20 weeks. Both can pick up mitochondrial diseases, but they carry a small risk of miscarriage. However for some women, these tests are no use because all of their eggs carry substantial mitochondrial mutations. These new landmark procedures will mean that women carrying faulty mitochondria have a chance of having biological, genetically related children.

The decision will now pass to the House of Lords for a vote at the end of February and if the Lords agree, then the Human Fertilisation and Embryology Authority could license clinics to perform the procedure as soon as this autumn, with the first babies potentially born in 2016.

Editorial Team
Fertility Road aims to inform and inspire in a way that is direct, honest and empathetic, whilst breaking down the science by being written by top experts from the fertility field.
PrevEgg Donation – Introducing IVF Spain
The Egg Freezing Revolution Gathers Pace: Fertility Road magazine exclusive interviewNext