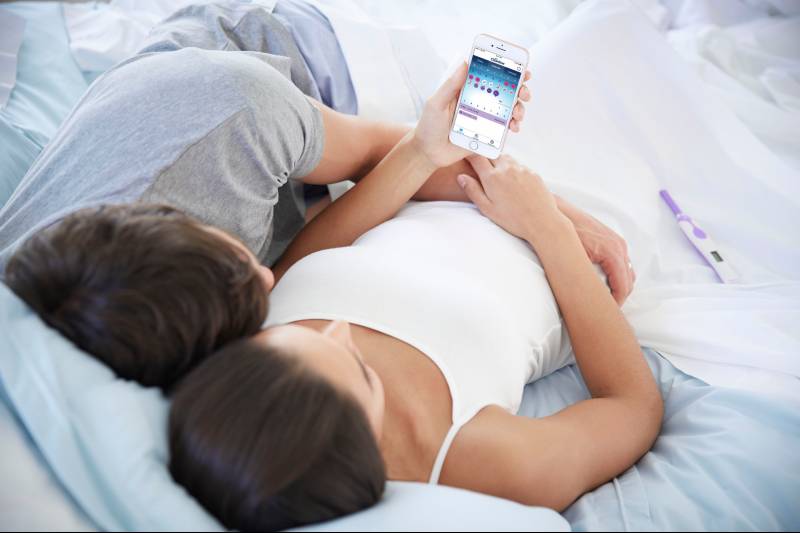 Clearblue the world’s No. 1 selling brand in home pregnancy and fertility tests has launched the ‘Conceivinghood’ campaign.

Designed to de-stigmatize the pre-pregnancy phase by putting control and confidence back in women’s hands during a time that can be stressful for many women.

Society talks openly about ‘womanhood’ and ‘motherhood’, yet there is a blind spot when it comes to the delicate phase of trying for a baby:

‘Conceivinghood’, which is a time that can hold a lot of tension for women and their partners.

For example, up to 90% of women want to achieve their personal goals before getting pregnant, so many women are delaying starting a family until later in life, when their fertility is declining.

Consequently, the average age of becoming a mother for the first time has increased drastically in the last 30 years. For one in five couples it takes more than 12 months to get pregnant2 and for up to 40% of women it can take more time than expected to conceive3.

With ‘Conceivinghood’ (uk.clearblue.com/conceivinghood) Clearblue wants to promote the importance of this pre-pregnancy phase by sharing ‘facts and faces’. Women will be able to take part in a survey about where they are on their ‘Conceivinghood journey’ and compare their results to women around the world. At the same time, they can watch the very personal ‘Conceivinghood’ experiences from other women and choose to share their own story.

At its heart, the campaign features the ‘Conceivinghood’ video depicting the emotional rollercoaster for women trying to conceive and celebrates the introduction of ‘Conceivinghood’ as a means to empower women on their journey to getting pregnant.

The campaign was created by Leo Burnett Milan and the video was developed in collaboration with Adolescent Content, a production company, led by award-winning director Ramaa Mosley. Mosley selected an all-female troupe of young up-and-coming directors in seven different countries.

Each director captured footage of real women around the world embarking on their own fertility journeys. Adolescent Content handled all production through post for the ambitious project and Casta Diva was the Executive Producer.

Giulia Zanzi, Head of Marketing, Fertility at Clearblue, commented “We are very proud to launch this campaign. Women’s reproductive health rights deserve to be back in the global spotlight. When we speak to women, many think that the difficult part is deciding that now’s the time they want a baby, but actually what we’re hearing is that the journey to get pregnant can be an unexpected emotional rollercoaster. We’re providing both facts and stories from real women, so that others can understand more about their fertility and not feel so alone during their journey.”

Clearblue is the world’s No. 1 selling brand in home pregnancy and fertility tests and is trusted by consumers because it delivers the accurate information they want.

The Clearblue product range is built on a strong foundation of peer-reviewed science and consumer understanding.

Clearblue is supported by over 35 years of expertise, quality and innovation in consumer diagnostics.

Clearblue ovulation tests are 99% accurate at detecting the luteinising hormone surge, used to identify the most fertile days in a cycle, and are proven to help you get pregnant.

Editorial Team
Fertility Road aims to inform and inspire in a way that is direct, honest and empathetic, whilst breaking down the science by being written by top experts from the fertility field.
PrevCan your stress affect your unborn baby?
Brew, Stir, Sip Repeat – recent studies confirm tea is good for the heartNext