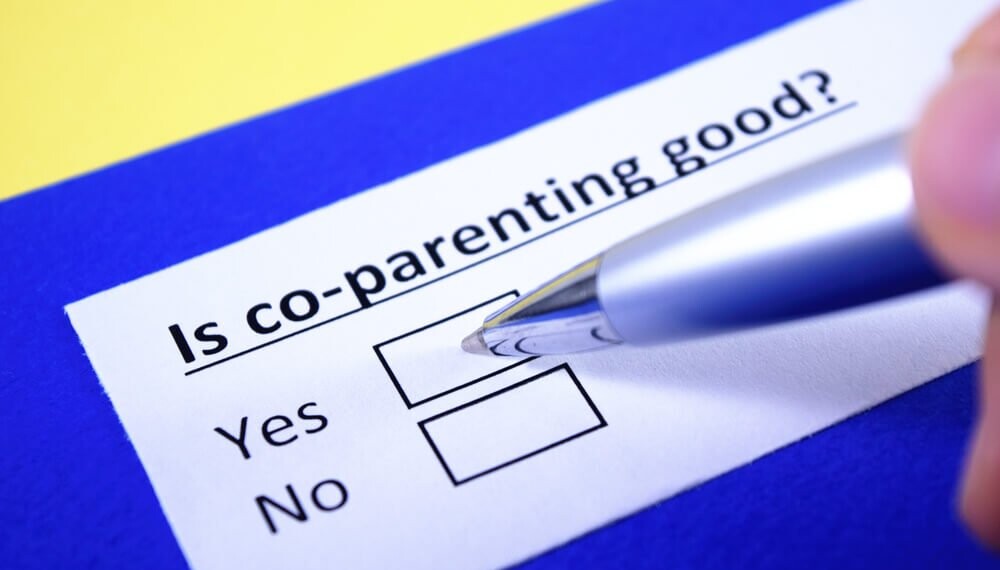 The term co-parenting is not one that has a formal legal definition but is a term that is becoming more widely used by the general public.
Previously, a reference to co-parenting usually meant a situation where parents who were in a relationship had separated and were no longer living together, meaning they were having to care for their children separately.

In more recent times, the use of the phrase co-parenting includes couples who decide to have a child together, irrespective of their relationship. This might be two friends who both desperately want a child but who are not in a relationship or a same-sex couple who have a child with a friend acting as the third parent to facilitate conception.
In my practice as a divorce lawyer, I see the impact of parental separation and enforced co-parenting on children.  I firmly believe that in those scenarios it is not the separation of their parents per se that causes issues for the children concerned, but the manner in which the adults conduct themselves through the separation process and in particular how they work together as co-parents in different households.  Former partners who can put aside their own difficulties and work together in the best interests of their children can be very effective parents.  Indeed, I can give many examples of happy children following a good divorce and as many examples of unhappy children, caught in the middle of a failing/unhappy marriage.

Co-parents who make an active choice to be such, prior to conception, do not have to cope with the impact of their relationship breakdown on their abilities to co-parent effectively.  However, this does not eliminate disagreements that your typical divorced parents may face. For example, decisions as to whether a child attends state or private schooling or decisions as to religious and moral upbringing.

If there are disputes between co-parents as to what is best for the child, the Court has the power to make orders requiring adults to take or prevent them from taking steps.
In my field of practice, I often see these used where one parent decides they want to relocate, either abroad or to a different part of the UK which will impact upon the amount of time a child can spend with the other parent.  When the child is a baby when all co-parents are living close by, thoughts of moving away may be far from everybody’s mind.  However, over the course of a child’s minority, it is not uncommon for a parent to wish to relocate and this can cause enormous difficulties where previously a co-parenting arrangement worked well.

It is not possible to opt out of being a co-parent in the eyes of the law.  For example, a couple who decide to have a baby but subsequently go on to have other children, cannot decide that they are no longer parent to child number one.  Nor can agreements not to pursue co-parents for maintenance be enforced within the Court system, meaning anybody who finds themselves in a co-parenting situation, regardless of how it arose and any agreements reached, cannot avoid financial responsibility for their own child.

Co-parenting can be a very rewarding experience and provide a happy home life for children to grow up in.

However it is important that anybody who is choosing to co-parent discusses fully with their fellow co-parent the expectations of all involved to avoid, or minimise, the potential for later conflict.  A co-parenting agreement can help address issues at an early stage when all parties want what is best and encapsulates intentions at a time when cooperation is high.

Here Are Some Tips To Break The Invisible Wall

Liz Bottrill is a Partner in the Family Law Team at Laytons Solicitors with over 25 years’ experience in the field. She has a particular interest and expertise in the law relating to children and fertility.

Here Are Some Tips To Break The Invisible Wall