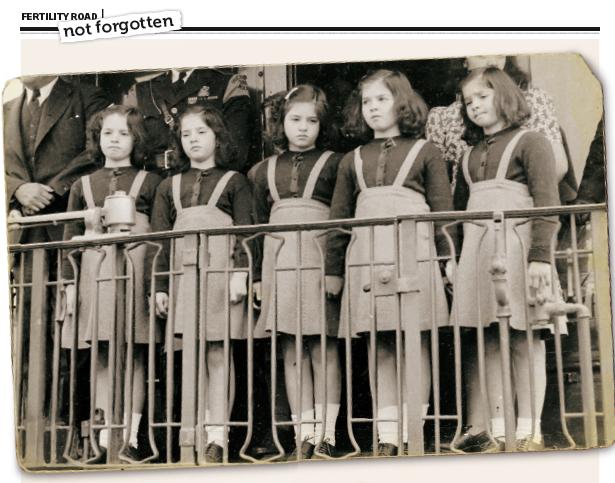 THE DIONNE QUINTUPLETS were five identical sisters born on May 28, 1934, in Ontario, Canada. Emilie and Marie shared an embryonic sac, as did Annette and Yvonne, while Cecile shared one with a sixth foetus, which died. Curiously, those paired together bonded closely post birth.

But the story of the sisters is a sad one. Cecile died after an epileptic seizure, aged 20, while 14 years later a blood clot accounted for Marie.

Long before, when the quintuplets were just four months old, the Canadian government, led by Mitchell Hepburn, took custody of the children under the premise that parents Oliva and Elzire were unfit to care for them. This created outcry, particularly when the five girls were courted for significant press interest, which in turn provoked a flood of tourist interest. Between 1936 and 1943, almost three million people walked through the observation gallery where the sisters were kept.

Custody was handed back to the parents in 1948, and exactly 50 years later, the government reached settlement with the three surviving sisters for what was deemed exploitation of minors. Yvonne died in 2001, leaving remaining sisters Annette and Cecile.