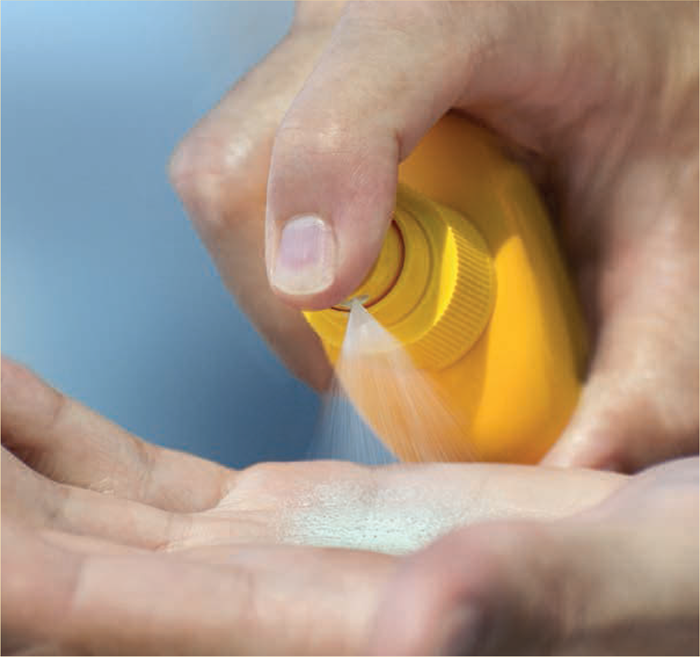 Researchers at the University of Copenhagen discovered that filters commonly used in sunscreens to absorb ultraviolet light could affect male fertility by stopping sperm from functioning properly.
The study tested 29 of the 31 UV filters approved for use in the United States and Europe by dissolving and applying them to sperm samples provided by healthy volunteers.
Almost half of the filters were found to stop sperm functioning properly and through application to the skin, these filters are absorbed into the blood stream. “Globally, we see that semen quality is generally very poor,” said Niels Skakkebaek, the endocrinologist who led the study.
Research has shown that just 25% of young men are producing good quality sperm, and the average volume had declined by a quarter since the 1940s.
The sperm is affected by the filters because they mimic the effects of the female hormone progesterone, which plays a vital role in a sperm’s ability to mature and fertilise a female egg. “If chemicals can work like progesterone, they can potentially affect the sperm function,” said Skakkebaek.
As the studies were conducted in a lab and not the human body it is difficult to know how similar the reactions would be, but as fertility has fallen over the last 50 years it is thought that chemicals found in everyday products such as cosmetics, frying pans, cars and even clothing, could be contributing to this. “Although providing compelling evidence, we need to further our understanding through (human) studies and epidemiologic studies on these chemicals,” said Russ Hauser, professor of reproductive physiology at the Harvard School of Public Health.
Given that the dangers of sun exposure and their relationship to skin cancer are far better understood than the effects of UV filters on sperm, it is not recommended that men stop using sunscreen as some sunscreen ingredients may disrupt sperm cell function.
But those who are concerned could consider other methods of skin protection. “My advice would be to minimise sun exposure by reducing exposure during midday hours, wear hats and clothing to cover skin,” Hauser said.