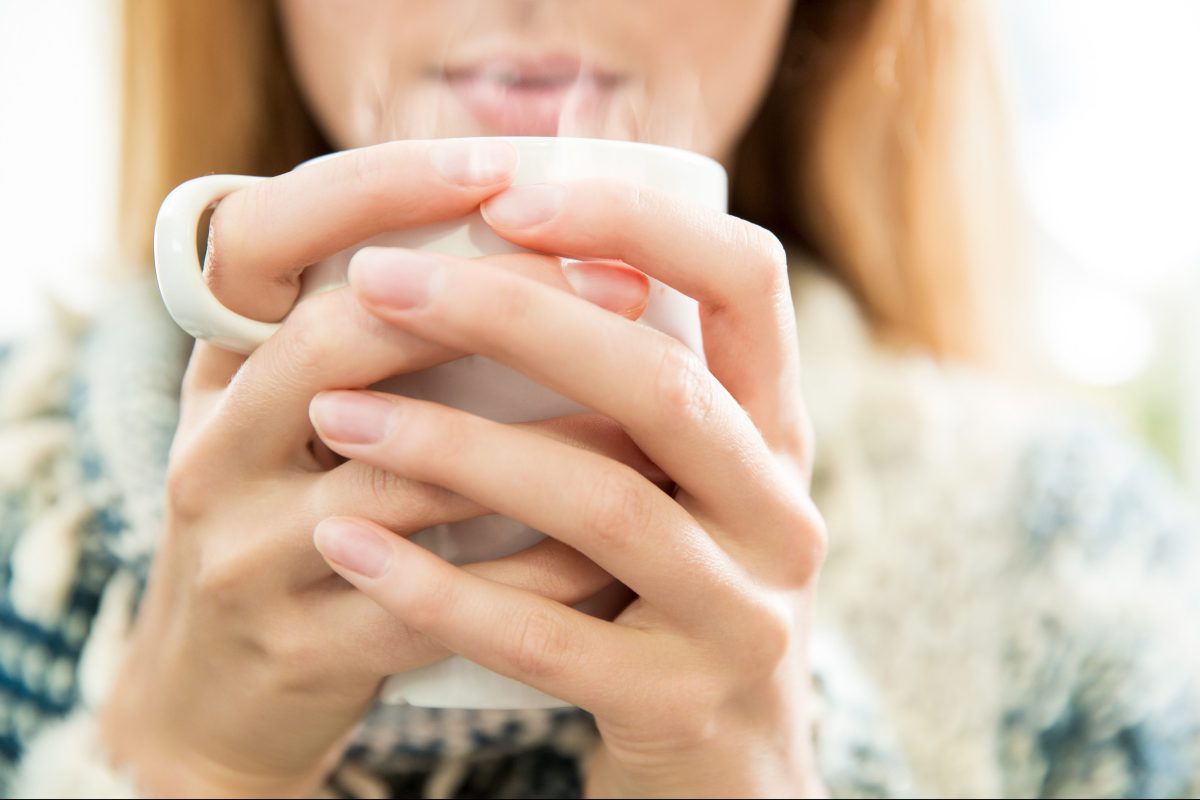 WOULDN’T it be great if weight loss was so straight forward that you could even do it in your sleep?

Well, it kind of is.

Many of us think of shedding body fat as being complicated.

But it really isn’t – it’s simply a matter of re-balancing our lifestyles.

How well we sleep really does affect weight loss

We tend to store a lot of fat around our middles if we’re exposed to high and prolonged stress.

Stress comes in many different forms but their effect on our metabolisms is basically the same.

If you’re disproportionately storing more fat around your lower belly, then you need to start thinking about reducing your stress levels and getting a good night’s sleep.

And an easy way to start improving the quality of your sleep and boosting your weight loss is by drinking a cup of pre-bed tea.

We’re not talking about the kinds of dubious diet teas that promise to help you shed a stone in a week.

Instead, try these herbal teas to satisfy sweet cravings, calm the mind and prepare the body for rest…

Cinnamon has tonnes of health benefits.

It’s also said to increase insulin sensitivity and decrease blood sugar – both of which are vital for losing weight.

The spice is also thought to boost metabolism because your body uses more energy to process it.

“Though it has a slight metabolism/thermogenic effect, it is more about balancing blood sugar and insulin resistance, which in turn aids weight loss and can lessen food cravings,” nutritionist Helen Bond told The Sun.

“Again, this does not replace the need for dietary changes. A far better way of balancing blood sugar and insulin resistance is to follow a sugar-free, low-carbohydrate diet.”

Dr Sally Norton told The Sun that cinnamon can be added to desserts or hot drinks as a healthy alternative to sugar, as it can have a subtle sweetness.

So if you want something sweet after dinner, a cup of cinnamon tea might be the ideal solution.

The Romans, Greeks and Egyptians all used the herb as a dressing for wounds to help them heal quicker.

It can help to relieve belly cramps, IBS, indigestion and gas.

And it’s also been used for centuries as a sleep aid, thanks to healing ingredients like apigenin and bisabolol.

Feeling tired and groggy inevitably leads to snacking through the day or reaching for calorific foods.

But peppermint tea has been found to awaken the senses in a variety of ways.

A small study got 13 people to take a peppermint oil capsule each.

Scientists found that this reduced appetite compared to not taking peppermint oil.

But it may just be that it’s a really satisfying tea that leaves you feeling really refreshed and less likely to snack.

Get yourself a box of Twinings Infusion Pure Peppermint, £1.70, Tesco

Roobios is a South African tea made from the fermented tea leaves of the Aspalathus linearis shrub.

Sweet and earthy, it includes plant chemicals which have been directly linked to combatting obesity.

A 2014 study found that the tea may speed up weight loss by increasing levels of leptin – our appetite hormone.

It’s the stuff that tells the body we’ve had enough food.

This stuff is traditionally drunk black and has actually been directly linked to weight loss.

A 2016 study found that the fat-burning effect of daily tea drinking helped 59 overweight or obese people to reduce their BMI and shift a significant amount of weight.

In just four weeks, they were found to have cut fat from their arms, legs and bellies.

And they also reported having a smaller appetite after drinking the stuff.

Have a go with Dragonfly Skinny Dragon Pu’Er tea, £1.87, Waitrose

Laurence Fountain, PT and founder of Salus London, previously told The Sun that “cortisol is going to interfere with different hormonal effects“.

And secondly, “too much cortisol can also lead to an over-stimulation of the brain during sleep causing an increase of ghrelin – the hunger hormone, which is going to make it impossible for you to control your appetite and stay away from simple sugars and high-fat foods.”

A 2011 study found that people who slept between six and eight hours a night had a greater chance of achieving their weight-loss goal than those who slept less or more.

It also found that lower stress levels were associated with greater success at weight loss, particularly when combined with between six and eight hours of sleep.

Sleep has all kinds of miraculous effects on our bodies.

It can help us fight cravings and stabilise our insulin levels.

Excess insulin makes you more hungry and tells the body to store more calories as fat – so you want to make sure that you’re as insulin sensitive as possible.

One study forced 11 men to have only four hours of sleep for six nights. After this, their bodies’ ability to lower blood sugar levels decreased by 40 per cent.

So anything we can do to promote a much better sleep is going to result in greater fat burning ability.

Think of tea as the cherry on top of a cake that you’ve been building with good lifestyle habits.