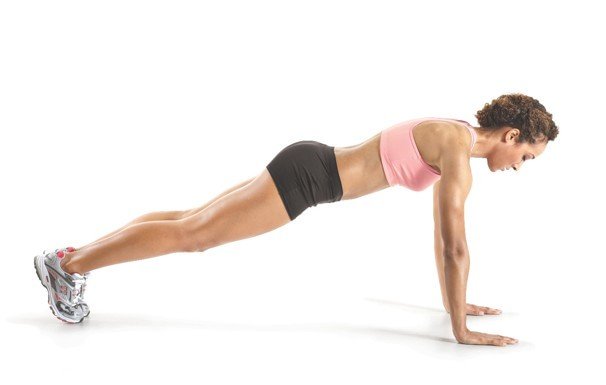 For most being too fit is not a concern. But I’m prime evidence that being too active and too healthy can affect your fertility.

I’m an ex-national gymnast. From a young age, it was drummed into me that exercise and lots of it, is good, and so is having a low body fat. So since hanging up my leotard at the ripe age of 17, I carried on training – and hard.

After training for marathons, duathlons, fitness competitions and the like, I continued to push and push my body to the extreme. For years it coped but it dawned on me two years ago that something wasn’t right. My periods completely stopped and I felt exhausted, irritable and unmotivated.

I had overcooked it and burnt my body out – and was now paying the price. I wanted to start a family, and couldn’t. How and why did this happen? And when did a good workout become such a bad idea?

According to research, there is a very strong link between strenuous exercise and delayed conception. Whilst there is no substantial evidence, scientists have many a time linked a woman’s reduced ability to conceive to the ‘fight’ or ‘flight’ response, which occurs when the body perceives itself to be in danger. This is often triggered by intense exercise and results in the body releasing cortisol and adrenaline into the bloodstream, to provide the body with that extra surge of energy needed to run from the ‘enemy’ and survive.

Unfortunately, you’re body can’t distinguish the difference between stress caused by high-impact exercise or stress caused by danger, so it does what it needs to do to survive, which really stresses the body out, and in turn inhibits a woman’s ability to conceive. There’s more researcher to back this up too. Scientists from the Norwegian University of Science and Technology found that women who performed high frequency, high-intensity exercise had a lower rate of fertility because too much physical exhaustion saps the body of the energy it needs for a successful pregnancy.

Exercise can also play havoc with your estrogen levels, the female hormone that plays a huge role in ovulation and menstruation. The good news is, that this particular study concluded that these negative effects of a punishing routine were not permanent, and the vast majority of women in the study had children in the end.

‘When you are trying to get pregnant, you don’t want to overuse your energy,’ explains Dr Xiao-Ping Zhai, Founder of The Zhai Clinic. ‘You need your energy to support your body while trying to conceive.’

So how much exercise should we be doing? ‘The amount of exercise you do is very individualistic and depends on the woman’s weight and current fitness levels,’ says Zhai. ‘After exercise, you should feel great because it increases your oxygen intake, which improves your circulation, respiration and muscle condition. Exercise also stimulates your brain’s chemical reactions to change the way you feel, helping to combat anxiety or depression, relieve stress and improve concentration.

If you don’t feel any different after exercising (not sweating or feeling energised), than you haven’t done enough, and if you feel exhausted and drained after, than you have done too much.’

‘This is not the time to train for a triathlon, or to try risky activities such as contact sports, downhill skiing and horseback riding as you could potentially hurt yourself and cause damage to your abdomen.’ She adds.

Can you reverse the damage?

Don’t fall for the mud-tasting Chinese herbs like I did, or the expensive pills and potions that claim to increase your chances of fertility, simply go back to basics and ‘get more cuddly’ as my fertility specialist put it.

He, and many of the other personal trainers, acupuncturists and nutritionists told me that it was vital to reduce the intensity and duration of my exercise schedule (easier said than done), eat more food, especially green vegetables and complex carbs like brown rice and quinoa and RELAX more.

Simply put, if your adrenal glands, (the glands in your body that produce the stress hormone cortisol needed to get you through physically stressful situations) have burnt out, then your hormone levels will be all over the place, especially you’re progesterone, DHEA (dehydroepiandrosterone), and estrogen, the key hormones for fertility.

I also spent a week at the Simply Healing Detox Retreat (simplyhealingcentre.com) where I had no choice but to relax and sleep – there was no gym there and exercise was restricted to thought-collecting country walks only.

Here I finally leant that it was time to get off the rat race of life. My life like everyone else’s is fast faced but made extra stressful by unnecessary intense exercise sessions. So, I left my intense workouts at the door, and meditated, had holistic and abdominal sacral massages, and reflexology, to help get my body back into some sort of balance.

After just a week it worked and since leaving I found out my womb lining, which was almost non-existent due to over-exercising and poor nutrition is back to its original thickness, and I’m ovulating again.

I’m proof, that you can definitely reverse the damage of over-exercising and amenorra (the medical term for a lack of menstruation), but the key is to learn to listen to your body. You also need to eat lots of fresh, colourful food and cut down on exercise and try walking or swimming instead. You can still move, but just crank it down a bit – plus look at the positive, if you gain a few pounds who cares? If all goes to plan you’re be carrying more than a few pounds when you have a baby in your tummy.

After absent periods or irregular periods you need to get back in tune with your body. Write down the date of your period, and then track your ovulation with an ovulation calendar. It’s also worth noting that your ovulation can be affected if your body fat percentage is less than 12 per cent or more than 30 per cent.

For women between the ages of 20 to 40, a 19 per cent to 26 per cent body fat is considered good to excellent.

Reflexology, involves manipulating the pressure points in your hands and feet. Practitioners claim the soles of the feet are like a mini map of the inside of the body and are linked to our inner organs and systems, including the fallopian tubes and ovaries.

By massaging different points on the feet therapists claim they can unblock energy pathways in the body and so help the body to regain its natural balance and heal itself. It is also a great stress reliever and great for flushing out excess cortisol.

The high content of the omega-6 essential fatty acids (EFA’s), Linoleic Acid (LA) and Gamma Linolenic Acid (GLA) in cold-pressed primrose oil is great for fertility. It can help balance out your key fertility hormones, which in turn increases cervical fluid, the stuff needed carry the sperm freely through the cervix, help contract and relax the muscle tissue in the uterus (don’t have this if you think you could be pregnant) and soothe PMS.

Regular yoga practice is great for regulating the body’s hormone levels. It’s also a well recognised stress reliever and can fight anxiety and depression, all of which can accompany, and exacerbate, fertility problems. In fact – get to a class as soon as you can; a recent Harvard-based study found that women participating in a yoga and relaxation programmes nearly tripled their chances of conception. 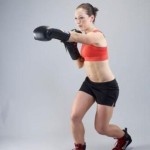