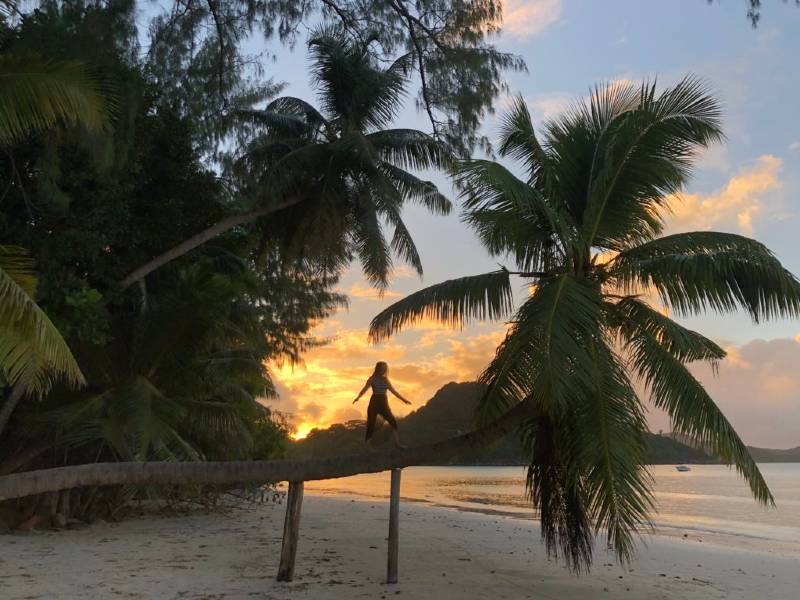 “The body achieves what the mind believes”

In 2016 My husband and I decided it was time to start a family. Six months later I was diagnosed with PCOS and Endometriosis and told that my only hope of conceiving would be medication and fertility treatments.

In 2017 I had a large fibroid surgically removed followed by four rounds of Letrozole and failed IUI’s. The next step was IVF.

Even though I was desperate to have a baby, I had a gut feeling that IVF just wasn’t the right choice for me at that time. I somehow felt like IVF would be trying to force my body to do something it wasn’t ready to do. Even though I had no idea how, I decided I was going to try to start working with my body instead of against it.

Choosing not to follow my doctor’s recommendation for IVF was really frightening and took a lot of courage, but I decided to take a leap of faith and it turned out to be the best decision I ever made.

Over the next two years I tried a lot of different alternative treatments. I started seeing a naturopath who ran a ton of tests and put me on a rigid diet. I received acupuncture once a week. I saw a Mayan abdominal message therapist. I even had a few sessions with a woman’s internal pelvic care specialist (somewhat new and taboo in the US, but a very normal practice in Europe) On top of all these treatments I incorporated a daily yoga and meditation practice into my routine, as well as yoni steams, castor oil packs and much more.

Every one of these treatments and practices played a unique and extremely important role on my road to healing and recovery and I am eternally grateful for everyone one of them and all the strong beautiful women who I met and helped me along my path.

My body, nervous system, moods, relationships and life in general began to improve drastically one layer at a time, BUT I still wasn’t pregnant.

Everything I was doing to get pregnant was wonderful and amazing for my body, but underneath it all was an attitude of desperation, neediness, control and unhealthy attachment to getting pregnant.

It came crashing down on me the month that I convinced myself that I was pregnant. I was having (or thought I was having) pregnancy symptoms, told a few people I was pregnant, and even made a doctor’s appointment. A quick test would have given me an answer, but I had developed a phobia of pregnancy tests by this time and couldn’t make myself take one.

When I found out I was NOT pregnant I was shocked, embarrassed and devastated.

This experience caused me so much pain that I made a vow to myself that I would never feel this way ever again. I decided that there was nothing in this world I want bad enough to feel that way over.

As I recovered from the initial shock, I began to realize that I had formed an extremely unhealthy attachment and that it was just the most recent of a string of attachments I had formed throughout my life. There is nothing wrong with wanting or desiring something, but when you have to have it to make you happy that’s when it becomes unhealthy.

This was the most important discovery of my life and my infertility had led me to it. this is when I realized that my infertility was not a curse but the greatest blessing. If I had become pregnant any time before this, I wouldn’t have learnt this extremely important life lesson, and I would have continued to form unhealthy attachments as a mother.

I also began to realize that what was even more important to me than having a baby was being happy.

Happiness comes from within

It seems that from the moment we enter this world that we are conditioned to believe that things or circumstances are what make us happy. We live our lives thinking that something more than what we have is going to bring us joy. I’ll be happy when I have more money, a boyfriend, a husband, a bigger house, a better job, or in my case a baby. Of course, it never does. When we get what we want we simply want more. I think this is the way we were made, because if we didn’t always want more we wouldn’t evolve, but it can and often does get out of hand. This is why the richest and most beautiful people in the world are sometimes the unhappiest.

The only way to stop this unnecessary suffering caused by thinking something or someone is going to make us happy is to realize that happiness is a choice and it comes from inside you.

These may just be words to you right now, but once you understand this concept it will change your life forever. Being happy will become the thing you want more than anything else in the world! You will soon discover that it is also the way to get everything that you want on the outside as well (Law of Attraction). Being happy is the way to get the baby! As Gabby Bernstein says, “Joy clears the path” Just remember that if you aren’t happy right now, you will not be happy when you get what you want.

“When I run after what I think I want, my days are a furnace of distress and anxiety;

If I sit in my own place of patience, what I need flows to me, and without any pain.

I hope that wherever our fertility journeys take us whether it be through IVF, conceiving naturally or even adopting that we always remember that choosing happiness and opening up to joy in every single moment of our lives will bring us the fulfillment that we are seeking and will ultimately bring us to what we truly desire and much much more! 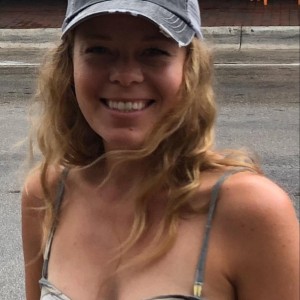 Emily Mayall
Emily is a Fertility Blogger, Freelance Writer and Designer on a journey towards creating a fulfilling and empowering life.
PrevCan you change the impact of toxins to support your fertility?
Canadian Fertility Show founder Dr Jodie Peacock discusses natural medicine ahead of their 2020 eventNext