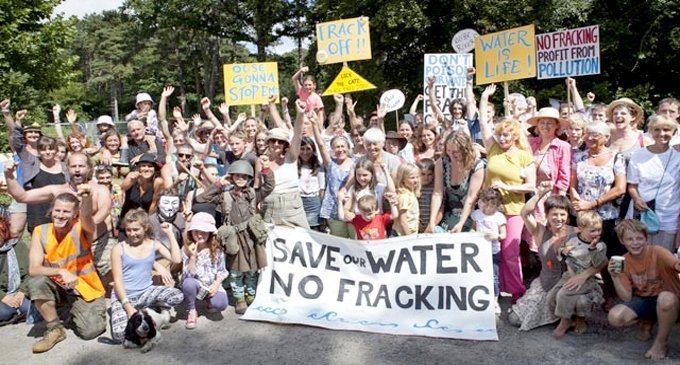 The Endocrine Society in the US has published research which claims that hydraulic fracking – the process of drilling and injecting fluid into the ground at a high pressure in order to fracture shale rocks to release natural gas inside – could be responsible for blocking the normal operation of the oestrogen and testosterone hormones in males and females.
The study looked at a dozen known or suspected endocrine-disrupting chemicals (EDCs) used in natural gas operations. EDCs are found in many products and foods, as well as in the atmosphere and environment. Previous research has already linked exposure to EDCs to conditions including cancer and infertility, as well as birth defects.
It was found that water samples taken from major drilling sites had high levels of EDC activity, whereas sites tested which had only experienced minor drilling showed much less activity.
Susan Nagel, of the University of Missouri School of Medicine, is one of the authors of the study. She commented: “More than 700 chemicals are used in the fracking process, and many of them disturb hormone function. With fracking on the rise, populations may face greater health risks from increased endocrine-disrupting chemical exposure.
“Fracking is exempt from federal regulations to protect water quality, but spills associated with natural gas drilling can contaminate surface, ground and drinking water. We found more endocrine-disrupting activity in the water close to drilling locations that had experienced spills than at control sites. This could raise the risk of reproductive, metabolic, neurological and other diseases, especially in children who are exposed to EDCs.”
In December The Guardian newspaper reported that the Government is planning to change a law to allow gas companies to put in fracking applications without sending out letters to tell people about possible drilling beneath their properties. Although they will still need to publish notices locally and conduct wider consultations, campaigners are concerned that it is a further blow to constituents’ rights. It is estimated that around two thirds of the UK’s land will be made available for fracking.