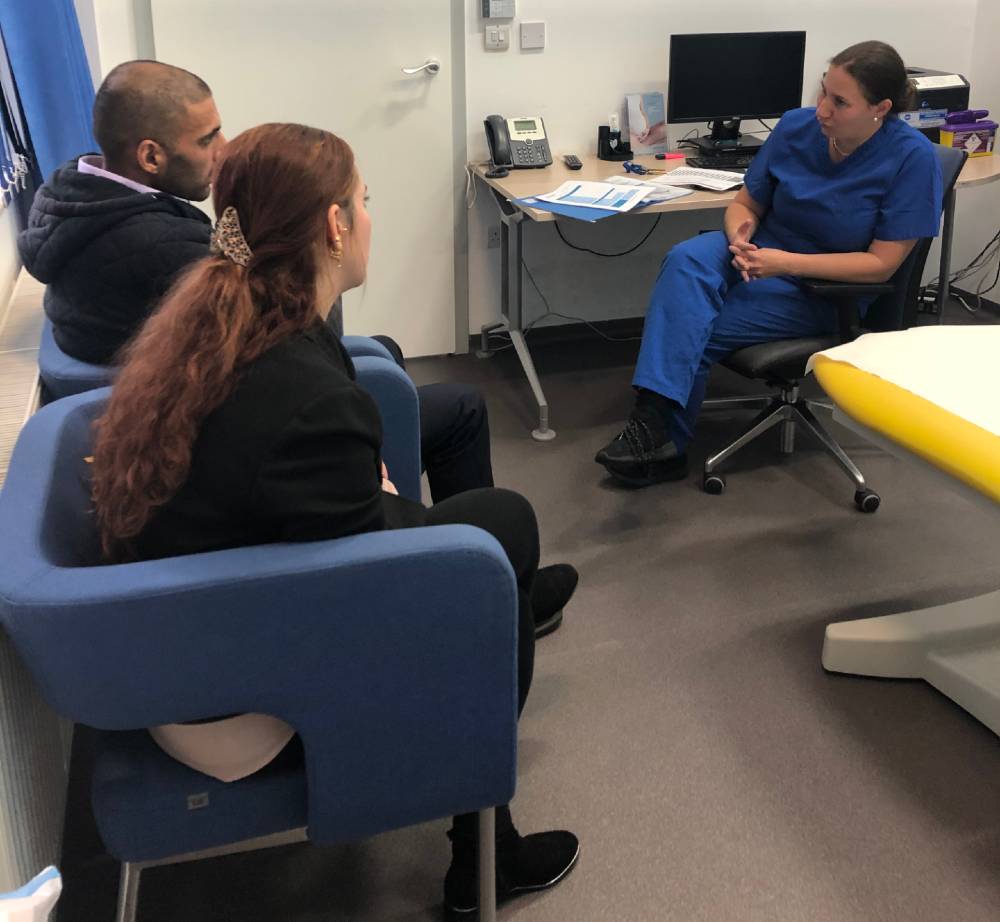 Struggling with 5 plus years of unexplained infertility is not an easy situation. This is how our story started.

I was just scrolling the internet (facebook) when I came across an advertisement for a lucky couple to access a free IVF Cycle; me being me, decided to apply for it and thought no more of it. My thought at that time was, why would we be chosen when there are so many other couples in the same boat.

Was this even real? Was it just another advertisement? these were all thoughts running through my mind. I didn’t even bother telling my husband as I thought it couldn’t be genuine!

However, to my surprise about 3 to 4 weeks later I received an email from the fertility clinic (Gennet City Fertility) and before I even opened it my heart sunk; I thought here we go, this is the part we get declined.

At this point I rang my husband who knew nothing of this as I had not bothered telling him to avoid disappointment, and I explained everything that was happening and told him about the email I had just received. His honest reaction was, it can’t be true, no one gives away free treatments like that as they are very expensive. At this moment in time we both did not know what to think, we did not want to get our hopes up and be disappointed.

So, our next step was to investigate and my husband started his online investigation, we needed to find out if this clinic was an actual viable clinic and to our surprise it was. We were thrilled with excitement but cautious at the same time as we thought maybe there’s a catch somewhere.

Our first visit to the clinic was booked and we were both very anxious but very happy to be there. We just wanted the treatment to start ASAP but that’s not the way it’s done; there are procedures and protocols that need to be completed and followed first. The staff were amazing, very polite and welcoming which made us feel like we felt at home. We were then greeted by our allocated consultant (Dr Abramov) were we went through our details and backround history.

That’s where it all started we were then booked in for several tests, procedures, blood tests the full package. By this point it was slowly sinking in that this was actually happening.

As of now we have been given the all clear to start our IVF Cycle soon, and we are over the moon that we actually have a chance to conquer our dream.

We are both so excited but very nervous at the same time and we wish and pray that all goes well and we get our much-desired baby.

I saw Faisal and Aisha for the first time recently and after an initial assessment have recommended that we undertake some further investigations before we start treatment. This is their story.

Aisha who is 27 and Faisal who is 34 had truly struggled to conceive before having their two children. However, ultimately both conceptions occurred naturally with no fertility treatment. As parents of two children they could not access fertility treatment under the NHS and after nearly 4 years of attempts at natural conception to no avail they came across the City-Fertility offer of free IVF treatment and decided to approach us. Any natural conception and successful pregnancy are real miracles but Aisha and Faisal presented to us a combination of contributory factors which meant that their two natural conceptions were true ‘wonders’.

It was clear to us that in the presence of such contributory factors and after spending nearly 4 years trying to conceive, their chances of extending their family naturally were very slim.

The history we took revealed that they had already done anything within their reach to improve their chances. It was time to consider fertility treatment.

A battery of checks found that Faisal was not a carrier of any of the common genetic predispositions to his condition, which was really reassuring. Aisha’s investigations suggested that although her case was more challenging than the average for a 27 year old, there was still some scope for the use of stimulation drugs.

We met for a follow-up appointment to discuss the results of their tests, the predicted chances of success and the risks involved with their treatment. Aisha and Faisal saw our nurse to sign consent forms; had the required screening tests, learned how they should use the medication prescribed for their treatment and got a better understanding of the practicalities of IVF treatment.

We are waiting eagerly to start their treatment.

We’re looking forward to following Faisal and Aisha as they start their treatment with City Fertility. More information about Gennet City Fertility can be found on their website www.city-fertility.com

The new challenges of assisted reproduction