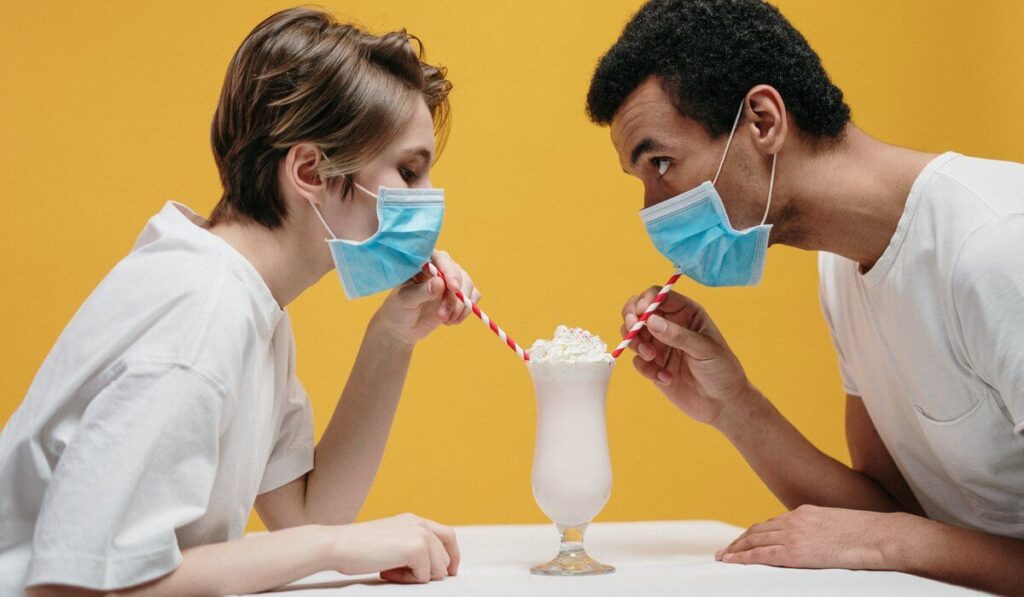 How will the COVID-19 pandemic affect human fertility?

The COVID-19 pandemic of 2019 will have consequences for human populations as worldwide mortality levels certainly to be affected. The worst-hit northern Italian provinces recorded losses of period life expectancy of 2 to 3.5 years for men and 1.1. to 2.5 years for women, the largest decline in life expectancy since the 1918–1919 influenza pandemic and World War II.

Similar patterns follow in other countries with the focus firmly on deaths, the scientific debate risks overlooking that population dynamics are also shaped by fertility trajectories.

Throughout history, spikes in mortality owing to events such as wars, famines, and pandemics were followed by changes in fertility, resulting in fewer births in the short term and by recuperation in subsequent years. The economic and social change triggered by a pandemic is also likely to influence childbearing intentions and completed fertility.

The implications for the rate of population ageing, shaping future health challenges and economic growth potential across the globe due to COVID-19.

There are frequent claims that the ongoing pandemic will result in a “baby boom.” Couples, it is argued, spend more time with each other and, as such, they are more likely to procreate.

The empirical evidence for this is sparse. Instead, recent studies focusing on the short-term fertility consequences of natural disasters, such as earthquakes and hurricanes, find that peaks in mortality are generally followed by birth troughs within a year; whereas studies focusing on a longer time frame, from 1 to 5 years following the event, have unveiled patterns of increasing fertility.

Drivers of these medium-term rebounds are the desire of parents to replace lost children, as well as structural shifts in expectations on the survival probability of offspring. In the wake of unexpected mortality shocks, fertility may also take on a symbolic meaning, as new births become a positive reframing mechanism, signaling a return to normality.

A relationship between excess influenza deaths and a 9-month lagged depression in births was observed by Jacques Bertillon in seminal studies on the impact of the 1889 influenza outbreak on the population of France.

This relationship was further explored in the context of the largest pandemic of the last century, the 1918–1919 H1N1 influenza A pandemic (the so-called “Spanish flu”). In the United States, it caused a 13% drop in birth rates from 1918 to 1919.

Channels for adverse fertility effects include the increased mortality and morbidity of adults in reproductive age; higher frequency of maternal mortality and stillbirths; and slowdowns in conceptions, owing to fear of infections and decreased social mixing. As for subsequent positive fertility effects, the literature disagrees on whether the baby boom that followed in 1920 should be attributed to the direct effects of the pandemic or to the end of World War I, or to a mix of both.

Although heuristically useful, historical comparisons suffer several limitations. In particular, unlike the 1918–1919 influenza, COVID-19 affects older people more than other age groups. Therefore, the mortality and morbidity of potential parents is not a viable mechanism for negative short-run fertility changes today.

In addition, during the COVID-19 pandemic, child mortality has been negligible, removing one of the main drivers of the fertility rebounds observed in the combined mortality-fertility crises of the Malthusian era.

Moreover, the unfolding effect of the COVID-19 pandemic on fertility will depend on the ways in which societies have developed and at what stage they are in the demographic transition, from regimes characterized by high birth rates and lack of contraception to controlled and low fertility (see the figure).

The decrease in world fertility broadly fits the long-established negative association of development with fertility, even if this pattern does not necessarily hold for the countries at advanced levels of development, where the relationship appears to have reversed.

On this basis alone, one might conclude that setbacks in development, owing to negative life expectancy and income shocks caused by the COVID-19 pandemic, will lift fertility in countries scoring below 0.85 to 0.9 in the Human Development Index but reduce fertility in highly developed countries. Increased fertility in the developing world would maintain high population growth, aggravating challenges in food production, unemployment, poverty, and public health, thus hampering economic growth and pushing back the onset of the demographic dividend.

A further fertility fall in high-income countries would accelerate population ageing and population decline, both of which are major policy concerns.

In high-income countries, expansion in women’s education has been one of the most powerful drivers behind the sustained fertility decline of recent decades. Here, fertility is maintained through extensive outsourcing of childcare. During the current pandemic, however, prolonged school closures and mandated physical distancing have caused an immediate return to childcare within the home.

In as much as this imposes a heavier burden on parents’ time, the lockdown will result in lower desired fertility and childbearing postponements in the short term. Subsequent fertility will also be affected by the ways in which parents and couples share the additional time devoted to childcare and housework during the lockdown. Greater gender equity in the division of domestic labor would reduce the burden on women and have beneficial fertility implications.

The lockdown will, however, have other immediate effects on fertility. Given high maternal age in high-income countries, assisted reproductive technology (ART) is essential for many parents who want children. During the lockdown, most ART cycles were suspended or cancelled altogether. The eventual reopening of fertility clinics will not easily offset lost cycles.

The shutdowns are resulting in large economic losses. With high-income countries set to experience the steepest fall (−6.1% in 2020 according to the International Monetary Fund, versus −1% for developing economies), millions of households will be affected. Given the irreversible nature of childbearing and the substantial costs associated with child-rearing, unemployment and lost income will necessarily reduce fertility.

This was the experience of the 2008 Great Recession, when overall fertility declined, particularly in countries that had the strongest economic downturns. In addition, a stronger feeling of uncertainty will make couples postpone any long-term investments—children being prime examples—and therefore reduce fertility further. Coping mechanisms for dealing with uncertainty will consequently matter.

There is evidence that, in periods with unexpected increases in economic uncertainty, fertility declines less in areas characterised by stronger trust and social capital.

In low- and middle-income countries, as the economy relapses, the question is whether fertility will start to rise again, thereby reversing recent decades of fertility decline. In the demographic literature, there are two main economic explanations for high fertility. One is that poverty increases the benefits of unpaid child labour in the family while bringing down the life-long value of investment in education. The other is that high fertility offers a form of security for parents in their old age.

However, socioeconomic development and increased rural-to-urban migration over the past decades cut the percentage of people living in rural areas to less than half.

These structural changes have altered the opportunity costs of childbearing, leading to smaller-family ideals as well as greater legitimacy for modern contraception and wider accessibility to the same. Urban dwellers in large cities are more directly exposed to economic downturns: Rising unemployment and underemployment are already leading to migratory displacement and decreased purchasing power, with adverse implications for childbearing.

The COVID-19 pandemic also forced family-planning centers to temporarily close or reduce their activities. The short-term effect of lost access to contraception may include an increase in unwanted pregnancies, with adverse health implications for mothers and children, as seen in the recent West African Ebola crisis.

Certainly, policy responses will play a central role, by determining not only the scope of the pandemic itself, but also its social and economic fallout. In contrast to the 2008 economic recession, there is, this time around, a consensus that austerity is not the answer. Yet, given the scale of the COVID-19 pandemic, fertility decline seems likely, at least in high-income countries and in the short term. In low- and middle-income countries, the fertility decline observed in recent decades is unlikely to be fundamentally reversed by the pandemic.

In contrast to transition economies, most sub-Saharan African countries are lagging behind in the demographic transition. Despite prospects of economic hardship and poverty, ongoing structural change will make a reversal to high fertility unlikely.

For these countries, trends in international coordination and protectionism will be a key determinant for the revival of their export-led economies, thus affecting, directly and indirectly, the world’s demographics for years to come.

Editorial Team
Fertility Road aims to inform and inspire in a way that is direct, honest and empathetic, whilst breaking down the science by being written by top experts from the fertility field.
PrevHow Chinese Medicine helped me start a family
Is it possible for couples relight the flame of intimacy when TTC?Next