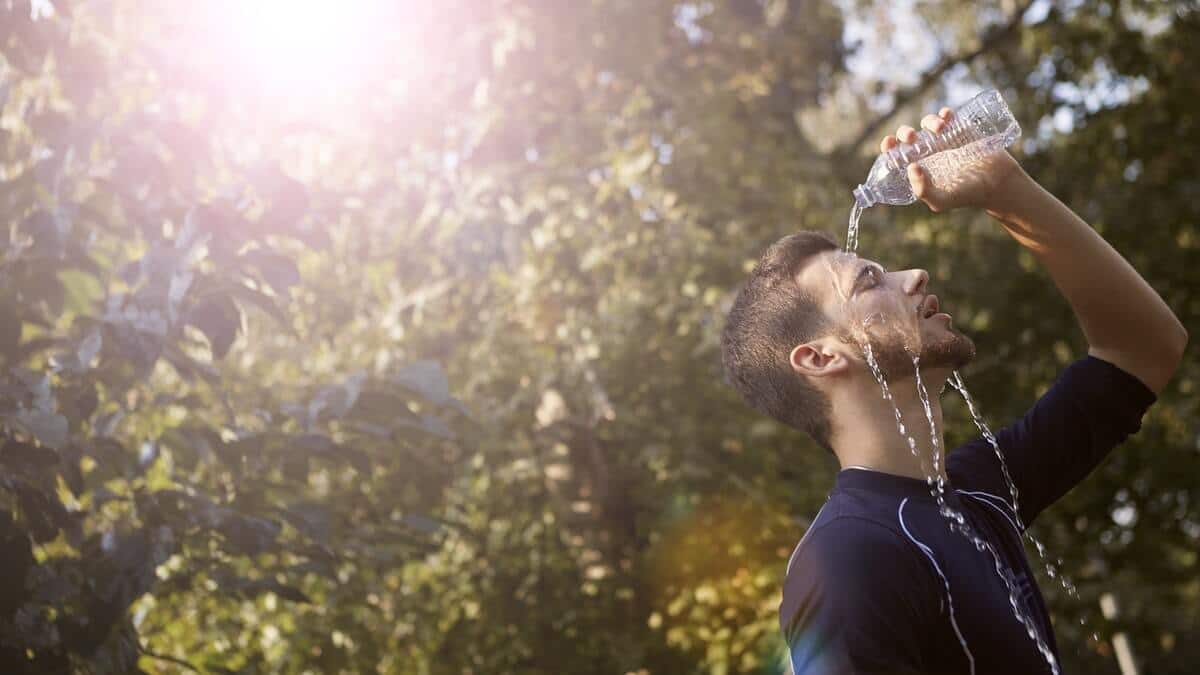 MILLIONS of Britain’s men say they suffer from symptoms of the menopause too… because of a change in their partner’s temper, mood swings and lack of sex, a study shows.

An astonishing 77% of partners of women who are going or have gone through the change say their other half has become moody, with nearly 50% saying she has gone off intimacy.

And a significant 61 per cent of women say the symptoms of their hormonal changes have a massive effect on their lives and those around them.

Although, it’s hardly surprising when women fight through the symptoms of menopause including, hot flushes (59%), night sweats (51%), weight gain and slow metabolism (36%), mood swings (33%), lower sex drive (29%). These symptoms have a huge impact on their daily lives with many admitting that they feel overheated, irritable, tired and stressed all the time.

Research by FutureYou Cambridge shows despite these changes having a huge impact on their lives daily, shockingly a third of women feel unable to talk to their partners about dealing with their symptoms at all and would be more likely to discuss the menopause with their friends or their doctor.

The stats show that men, on the other hand, want women to share their problems and are willing to be supportive, but often feel shut out and say they too suffer because of this.

More than three-quarters of males surveyed feel their partner is more moody than she used to be, while 40 per cent say: “She always seems tired.”

Science-backed health supplement company, FutureYou Cambridge, studied 1,500 women going through the menopause as well as 500 male partners, finding that 44 per cent of women still think menopause is a taboo subject that no one wants to talk about.

Almost a third of women say it makes them feel more aware of their age and mortality, revealing it makes them more emotional (22%) and more anxious (18%) than they used to be. A fifth hate the changes it causes to their body.

FutureYou Cambridge is launching a new range of supplements to support women going through the menopause, including a unique one-a-day supplement called Red Clover+ that helps manage some of the symptoms, including overheating and fatigue.

Miriam Ferrer PhD, Head of Product Development at FutureYou Cambridge said: “We’ve seen a movement to remove the stigma of many conditions, but menopause has been missed.

“Our survey shows that while women are obviously the main sufferers of the menopause, those around them are affected too. There needs to be more discussion around menopause that can hopefully lead to understanding of what women go through, and a more positive experience.

“We should all talk more about the menopause – half of the world will experience it and the other half will experience some of the consequences. That’s why we believe it’s such an important new range for us. Women shouldn’t suffer in silence – talk to your partner, your children, your friends and let them know how you’re feeling.”

THE UK’S TOP 10 SYMPTOMS OF MENOPAUSE

Red Clover+ is a food supplement containing red clover and sage extracts, specially formulated for women during the menopause who are looking for natural support.