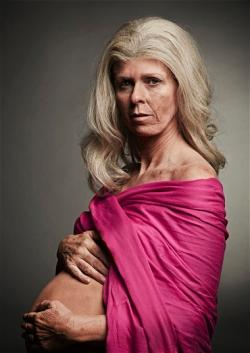 A new technique for IVF which takes thousands of photos of embryos to monitor their growth could treble the chance of  pregnancy, claim its creators.
They have hailed the method as the ‘most exciting development in fertility treatment in 30 years’.
The catch? It costs an extra £750 – and is unlikely to be available on the NHS.
The method helps doctors identify and implant the embryo that is growing the fastest, which is typically the most likely to develop into a healthy foetus.

Breakthrough: A new technique for IVF which takes thousands of photos of embryos to monitor their growth could treble the chance of pregnancy, claim its creators. This file picture shows embryo selection for IVF

Experts behind the method said it could also cut the risk of miscarriage and spare couples the emotional ordeal of several rounds of failed treatment.
A course of IVF creates varying numbers of embryos from sperm and eggs, which develop in the laboratory before one or more are implanted into a woman’s womb.
But it is extremely difficult for doctors to choose the best. They examine them under a microscope and try to determine the healthiest by shape and size.
However, this does not allow checks for abnormalities in the chromosomes, the tiny strands of DNA within the cells.
Good news: The creators behind the technique have hailed the method as the ‘most exciting development in fertility treatment in 30 years’. This picture is posed by a model

Such defects can prevent the embryo from developing properly or lead to a miscarriage or Down’s syndrome.
Experts at CARE Fertility group,  who developed the test, claim embryos which develop the fastest over three to five days are the least likely to  have abnormalities.
The method is already available at their clinics at Nottingham, Northampton, Manchester and Sheffield.
Early trials show 78 per cent of women having the test will have a healthy baby. This is more than three times the typical success rate of IVF in Britain, which is around 26 per cent depending on age.
Professor Simon Fishel, CARE’s managing director, described it as the ‘most exciting development infertility treatment in 30 years’.
He said: ‘In every IVF clinic in the world, they are unknowingly, unwittingly putting back unviable embryos, most of which never make babies.’
IVF typically costs around £3,500 per cycle, so the cost with the test would be some £4,250.
Early results are published today in Reproductive Biomedicine Online.
The journal’s editor, Professor Martin Johnson from Cambridge University, said they were ‘extremely encouraging’ but cautioned: ‘We don’t want to  over-excite patients.’
Dr Allan Pacey, chairman of the British Fertility Society, said larger trials involving more women were needed.
He warned: ‘All too often developments in IVF are trumpeted as advances when they remain unproven.’