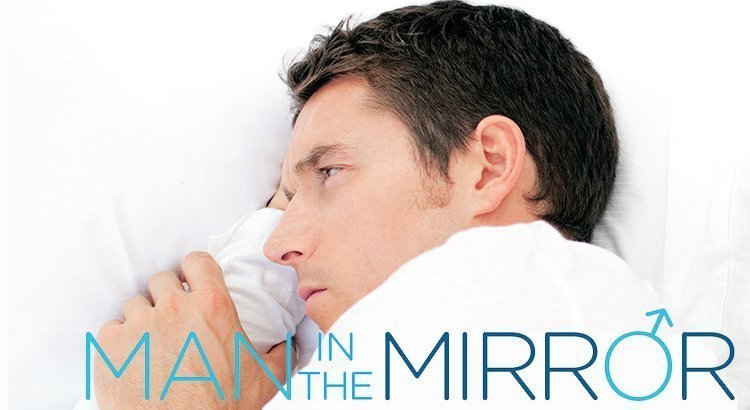 Man In The Mirror A Look at Male Fertility

Think that your man is obsessed with work? Think again. If a recent survey is to be believed, it’s probable that the thought occupying his mind is whether or not he’s able to father children.
Yes, men are more concerned about quality of their sperm than the quality of their career trajectory – and 14 per cent of them rate their fertility as their number one priority in life. So it’s unsurprising that when a problem is found with a man’s fertility, the news can affect him deeply. But if you find yourself in a similar situation with your partner, don’t expect to be able to second-guess his reaction – there is no textbook response to this kind of news.
“Nobody wants to find a problem, and reactions range from being shocked and upset to relief that a cause of the infertility has been identified,” says Emma Cannon, founder of Harley Street practice A Healthy Conception. Though a diagnosis of infertility is difficult for anyone to deal with, she thinks that women tend to cope better with the news simply because they decide to take an active part in dealing with their condition.
“As a rule, but by no means in all couples, women find diagnosis of a problem in themselves easier to manage and accept than men do. Women are generally better at making positive changes to improve their fertility; I think it is fair to say that they are more motivated.”
It’s easy to conclude that a diagnosis of infertility affects a man’s concept of his own masculinity which in turn affects his behaviour – and quite often this seems to be the case.
“I think for some men the semen analysis is a ‘measure of manhood’ and therefore it can be a real setback if it is poor,” agrees Cannon. “Interestingly, women often report that they would rather the problem had been with them as emotionally the situa- tion would have been easier to deal with.”
“This kind of news will have a big impact on any man,” concurs psychologist Trudy Hill from the Susie Ambrose Clinic, “and many studies have shown that involuntary childlessness in men has a big impact on mental health, self-esteem and many other areas. Masculinity and fertility are linked equally as much as femininity and fertility; they are linked by our biology, by our nature and through the concept of evolution and sexual selection as we select the mate most likely to give us healthy children and be able to care or provide well for them. They are also linked through our society, through our media and our social norms.”

Much of infertility is not absolute and there are things that the man can do to improve the situation. When he is told this he feels more in control. When we feel in control we feel less stressed – and we cope better.

No wonder there is still, unbelievably, such a stigma around male infertility. Women with conditions preventing them from conceiving are likely to discuss their endometriosis or fibroids or polycystic ovaries with their friends and get sympathy; men with a low sperm count won’t confide in their friends because of all the laddish jokes they’ve swapped concerning poking fun at others ‘firing blanks’ in the past. And yet men can suffer terrible psychological pressure after their diagnosis, and need support and understanding.
Mark (not his real name) agrees. “I feel worthless for not being able to get the job done the natural way,” he says. “I feel like we have to go through all these procedures because I’m not man enough.”
Jane found her husband reacting in a similar way. “He definitely feels he’s less of a man because he’s unable to have children,” she says. “He feels as though he has let me down, even though of course he hasn’t, and even if I’d known about our fertility problem before we got married, I still wouldn’t have done anything differently.”
If your man is horribly hurt by the diagnosis, you’re bound to want to talk to him about it, particularly to reassure him that you still love him and wouldn’t change him for anyone in the world – but broaching that tricky topic is probably easier said than done.
“Men are less at ease with discussing emotions,” says Hill bluntly. “Men and women, while equal, are still very far apart. Not only has our biology evolved differently but we have also been social- ised differently. From a biology viewpoint, some would go as far as to say that men are actually less comfortable having strong emotions than women full-stop, let alone discussing them. Some research, for example, shows that men’s immune systems and cardiovascular systems take longer to recover when experiencing extreme emotion than a woman’s does. That is to say, men have health consequences when exposing themselves to severe emotion.”
If that’s true, then it’s no wonder men may find it difficult to discuss their feelings on infertility.
Hill sees an evolutionary basis to men’s unease with emotional issues:
“Discussing emotions is not something that is hard-wired into the male psychology the way it is with females,” she says.
“We can guess this from evolution – the man feeling upset, angry, scared and wanting to sit and talk about it will have been less efficient at hunting successfully if he was unable to turn his emotions off and get on with the task at hand. We can also now, with modern-day technology, confirm this by looking at brain functioning. There is some evidence to suggest that male and female brains are wired differently. In men, emotions are compartmentalised into a particular area and are usually linked to action – not communication centres. In woman the boundaries are much less obvious and activity as a reaction to emotion can be seen in many centres and is usually linked with communication. So when a woman is under emotional stress she usually likes to talk about it; when a man is under emo- tional stress he likes to stop talking and find ways to start ‘doing’.”
Kelly has a husband who refuses to discuss how he feels about his diagnosis of infertility, or even put potential courses of action that might improve their chances of conception into practice. “He just doesn’t feel the need to talk about it, for whatever reason,” she explains. “He relies on the doctor’s opinion for everything involving his health anyway, so I’ve had to be the proactive one when it comes to our infertility too.”
Sarah has a similar problem with her partner, so she avoids talking to him about it unless he specifically raises the subject. “I don’t want to make him feel worse and talk about babies and infertility rarely, even though I think about it all the time,” she confesses. “When he brings it up we discuss it, but not usually any other time.”
So how should women in the same situation as Kelly and Sarah deal with their need to communicate?
“Never use the word ‘should’ – don’t use it to attack your partner about lifestyle issues,” advises Cannon. “Try to let him come round to things in his own time with- out trying to fix it for him. Conclusions that he makes himself will have more meaning.”
It sounds surprising, but Hill also reveals: “Many men struggle facing up to infertility and in many couples the women opt to tell the outside world the problem is theirs.”
That might not be the best option for you, but it’s completely understandable that you might feel you want to protect your man’s wounded pride as part of your effort to fix as much as you can for him.
If your partner still isn’t keen on sharing how he’s feeling, Hill recommends Sarah’s strategy of leaving him to it for the time being – hard though it may be for you. “The best thing you can do is to understand his desire to keep quiet and give him some space,” she says. “Then when you do talk it through the emotion will be slightly less raw. In addition, a good opening will be to try and talk from a practical angle to start with.”
That means looking at those possible lifestyle options that could improve your chances of conception, and talking them through – but remembering not to push your opinions on him too strongly, which may come across as unhelpful nagging.
“The extent to which a man is affected will depend usually on how in control of the situation he feels,” concludes Hill.
“Remember, much of infertility is not absolute and there are things that the man can do to improve the situation. When he is told this he feels more in control. When we feel in control we feel less stressed – and we cope better.”

Editorial Team
Fertility Road aims to inform and inspire in a way that is direct, honest and empathetic, whilst breaking down the science by being written by top experts from the fertility field.
PrevRaMenX Supplement Offers Infertile Men Increased chance Of Conceiving
Sperm Freezing Debate Warms UpNext