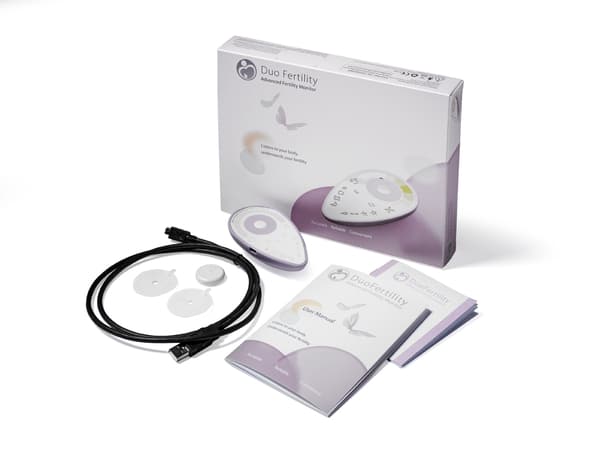 Fertility Road readers who are considering IVF will be very interested in some amazing research from DuoFertility that hit the headlines at the end of 2010.

A paper presented at the prestigious 2010 World Association of Reproductive Medicine Annual Congress revealed 99 couples using the DuoFertility fertility monitor who had either previously undergone IVF or who were awaiting their first IVF procedure, demonstrated pregnancy rates after six months of use that were as good as a cycle of IVF, and at a fraction of the cost.

Not surprisingly, this was picked up by the national media and widely reported, as the implications are potentially exciting, both for couples with fertility problems and for the NHS.

One particularly interesting part of the research was that pregnancy rates in older women (age 37 and over) appeared to be higher with DuoFertility than with IVF. This may be due to the reduced physiological stress of using DuoFertility compared to hormonal downregulation and stimulation-induced during a cycle of IVF.

A further interesting finding was that women with secondary infertility (namely, women who had previously had one or more child) also had significantly higher pregnancy rates with DuoFertility than with IVF (28.5% compared to 21.5% for a cycle of IVF). This may be, in part, because DuoFertility maximises the chances of natural conception, which of course relies on the couple being at least partially fertile. In the case of secondary infertility, more often than not, fertility is likely to have already been proven.

This research is particularly encouraging in light of the length of time taken for the typical UK couple to receive NHS-funded IVF – three years (for cases of unexplained infertility). It means couples can use DuoFertility whilst waiting for IVF with their chances of conceiving being at least as good as for the IVF procedure itself. DuoFertility is also considerably less invasive and less stressful compared to a cycle of IVF, and much less costly.

DuoFertility was developed by Cambridge University scientists who invented a new way to detect and analyse the physiological parameters that determine when a woman is most fertile up to a week in advance, as well as confirming that ovulation has occurred. Because it is fully automated it cuts out the need for time-consuming measuring. Better still, by removing any human error it provides extremely accurate results even in women with irregular cycles or with hormone-imbalance conditions like PCOS.

At the heart of the unique DuoFertility approach is a tiny sensor worn under the arm as a patch. This minute sensor takes thousands of precise readings throughout the day. Every few days this data is downloaded to the handheld reader at the touch of a button and fertile days can be seen up to a week in advance. The reader can also be plugged into a computer, allowing your complete fertility cycle to be seen on screen – including fertile days and confirmation of ovulation. Every time you download data to your computer, it downloads securely to the DuoFertility Fertility Centre where it is analysed by DuoFertility’s team of highly-qualified fertility consultants. This means every DuoFertility customer has access to fertility experts who know their fertility cycle in great detail and can act as fertility coaches to provide invaluable, personalised help and support. Every user also receives a comprehensive fertility report which provides detailed insights into their fertility cycle. This should prove invaluable in discussing fertility with doctors and specialists.

So confident are the makers of DuoFertility in their system that they offer a ‘get pregnant in 12 months or your money back’ guarantee, subject to standard conditions (see product information for more details). So the best-case scenario is that you could soon be enjoying a natural pregnancy as DuoFertility is proven to be at least as effective as IVF at a fraction of the cost.

DuoFertility’s team of highly qualified fertility consultants will be pleased to answer your questions – why not get in touch now?

DuoFertility is available direct from the company via its website www.duofertility.com.

Fertility Road readers will not only enjoy individual support from a highly qualified fertility expert, but should also be eligible for the unique DuoFertility money-back guarantee.

Editorial Team
Fertility Road aims to inform and inspire in a way that is direct, honest and empathetic, whilst breaking down the science by being written by top experts from the fertility field.
Saviour Sibling IVF Therapy Used For The First time In The UKNext