Fertility LifePixette From Cardiff Opens Her Heart To Tell Fertility Road Readers About... 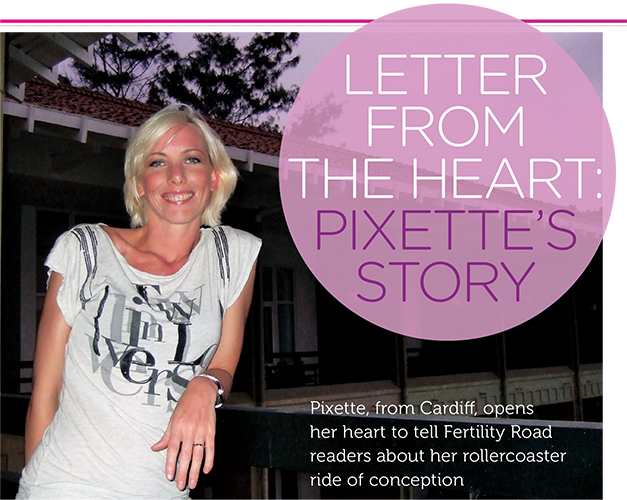 I was 29 and my maternal cravings were getting stronger by the day. I had always loved kids, dreamed of being a mummy (this started as young as 10), and had spend many hours, weeks, months babysitting, au-pairing around the world and nannying. My part-time jobs always involved children and I later became a violin teacher, teaching more children. A perfect environment to bring up a family – I had it all planned.

After almost three years of trying to conceive I started to get worried, especially as I found out that my ex-boyfriend now had a daughter! ‘Damn – it’s not him then!’