Fertility 360Prague: a city of a hundred spires

Prague: a city of a hundred spires 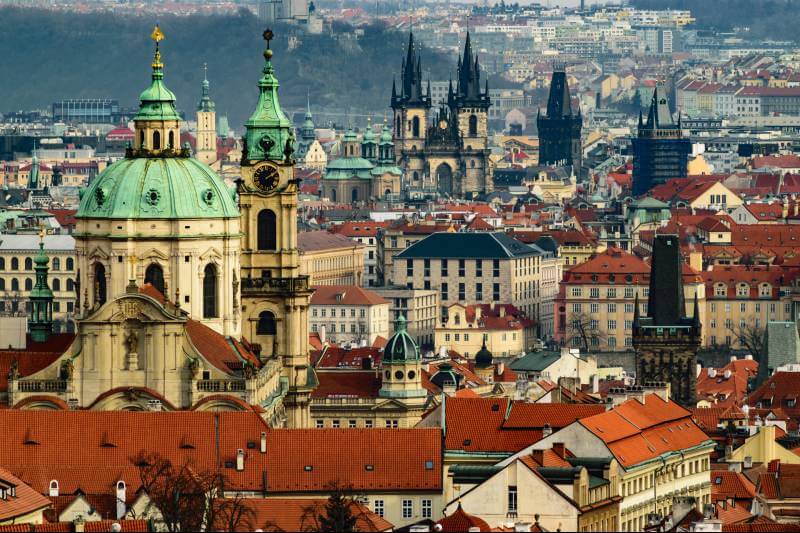 The Czech Republic, or Czechia as it has become known is rapidly catching up with Spain to vie as the Number 1 Hotspot for fertility travel. Over the last decade the number of IVF cycles performed in the country has risen by over 50% with international couples accounting for one-third of the total number of patients.

The country which was once a part of the former Eastern Bloc is today, far from what we consider to be a stereotypical Eastern European country. When we now think of the Czech Republic, we associate it with modern cities steeped in history and culture, medieval architecture, high standards of living and – probably the most important as far as we are concerned – very good fertility centres.

Czechia is made up of the historical provinces of Bohemia and Moravia along with the southern tip of Silesia, collectively often called the Czech Lands. Bohemia is dominated by the national capital, Prague which stands astride the Vltava River. Regarded by many as “the handsomest city of Europe” Prague is a picturesque city of bridges and one hundred spires – the latter referring to the multitude of spires which can be seen across this magnificent city.

In 1992 the historical centre of the city Prague was designated a world heritage site in recognition of its ‘untouched’ architecture including its winding streets and traditional central European squares.  A stunning mixture of architectural styles, running from Gothic and Baroque, through to Renaissance and Art Nouveau makes Prague such a unique and breath taking city.

The city is a short taxi ride from the Václav Havel Airport and once there the city is compact enough to be able to walk around comfortably. For those seeking a little less physical exertion inner-city transport is offered by bus, tram, and subway systems which are inexpensive and subsidized. The population stand at just over 1.3 million.

Why Czechia, Why Prague?

There are over 40 IVF clinics across Czechia and almost all of them employ English speaking staff to ensure patients are treated and cared for by someone who speaks their language. All clinics must be licensed by the government in order to operate, and each must submit success rate statistics to the government each year to ensure that their practice can continue. Furthermore, every two years a clinic inspection is undertaken by statutory agency SUKL, to ensure that each facility is maintaining strict regulatory practices.

There are a number of reasons for the popularity of the country as a fertility destination – a major one of which is cost. Look carefully and there are a number of centres which offer treatment starting for a little over 2000 Euros per IVF cycle. However, low cost does not necessarily mean low quality and this is proven by the clinic’s ability to offer diverse range of treatments managed by experienced IVF medics and specialists; good overall success results across age ranges and facilities equipped with the most advanced technologies available.

Legislation around fertility treatment however is not as liberal as other European countries. Same sex couples and single women are not able to access treatment; the upper age limit for women patients is 49 and gender selection is not permitted. However, anonymous egg and sperm donors  are available as well as additional procedures such as ICSI, PGS, PGD, assisted hatching and social egg freezing.

We were there at the kind invitation of Praga Medica who are an independent medical tourism facilitator with an excellent track record in helping patients access fertility services across the city. Founded in 2009 Praga Medica provide a bespoke service to clients, identifying appropriate treatment centres; arranging transfers; booking accommodation and ensuring that your trip to Prague is as stress free as possible.

Together Fertility Road and Praga Medica look forward to helping Pamela and Ian have a brother or sister for Patrick and we will be following their journey over the coming months.

Look out for updates very shortly!