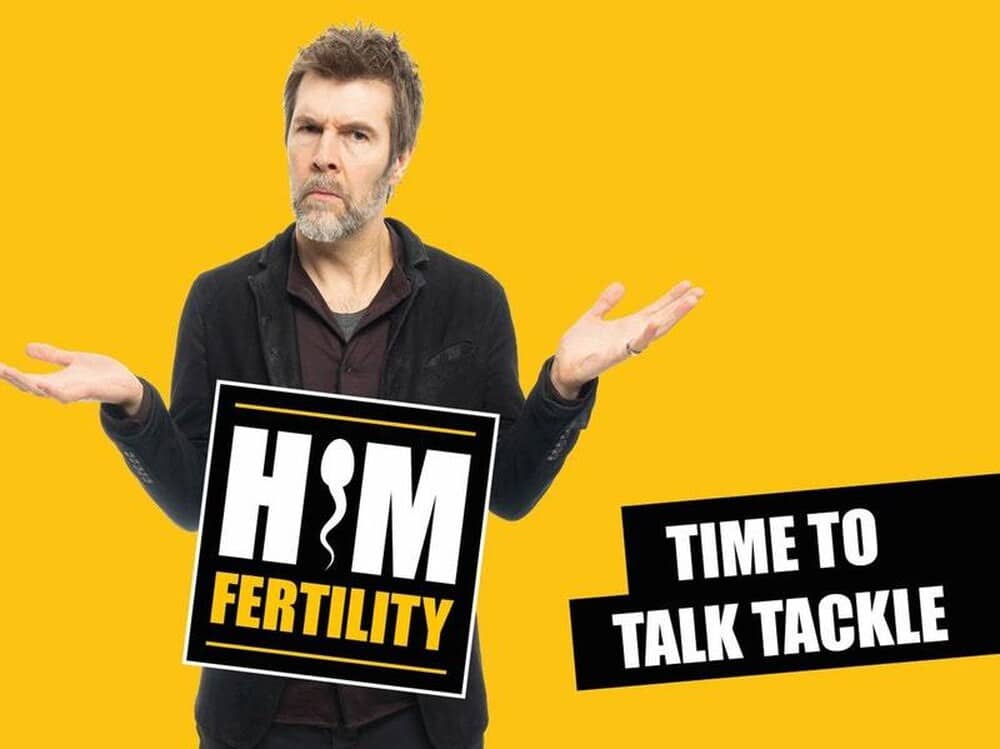 Comedian Rhod Gilbert is fronting a new campaign to shine a light on the “hidden” issue of male infertility and eradicate the stigma surrounding it.

The stand-up comic believes society sees infertility as a “female issue”, despite male infertility thought to be a factor in up to half of cases where couples struggle to conceive.

He is using his own experiences to lend support to HIMfertility, a campaign encouraging men to speak more openly with its slogan “it’s time to talk tackle”.

Gilbert said he knew “almost nothing” about male infertility until he and his wife experienced difficulties in starting a family, which led to an “eye-opening and mind-blowing” journey.

The 51-year-old said: “Men aren’t always the best at opening up about sensitive subjects around health, but when it’s one that goes to the heart of notions of masculinity and virility, then we are even worse.

“But this has got to change! It’s time to talk tackle – because by closing up and shutting down, we are leaving a hell of a lot of men feeling isolated, helpless and alone.”

Roughly one in seven couples experience difficulties when trying to conceive, according to the NHS.

Gilbert has filmed his journey exploring infertility and meeting other men who are experiencing difficulties as part of a BBC documentary due to air in 2020.

The campaign will also highlight lifestyle changes that may increase men’s chances of fertility, such as stopping smoking, cutting down on alcohol, exercising, following a healthy diet and keeping the testicles cool.

Professor Sheryl Homa, from Andrology Solutions in London – the only clinic licensed by the Human Fertilisation and Embryology Authority in the UK that is dedicated to male reproductive health, is backing the campaign.

She said: “The problem with fertility is that it isn’t properly investigated, especially as far as men are concerned.

“Investigations typically start with the woman and – if there are any anomalies picked up in the semen sample – men are more often than not referred to a gynaecologist, when they really should be seeing a urologist who specialises in andrology.

“When men discover that they are having fertility issues, there’s also a real stigma attached to it. The issue of fertility is all tangled up with that of virility, leaving many men feeling inadequate and as if they have failed.

“We need to change the dialogue around this.”

Rhod Gilbert: Stand Up To Infertility, will be broadcast on BBC One Wales in 2020.