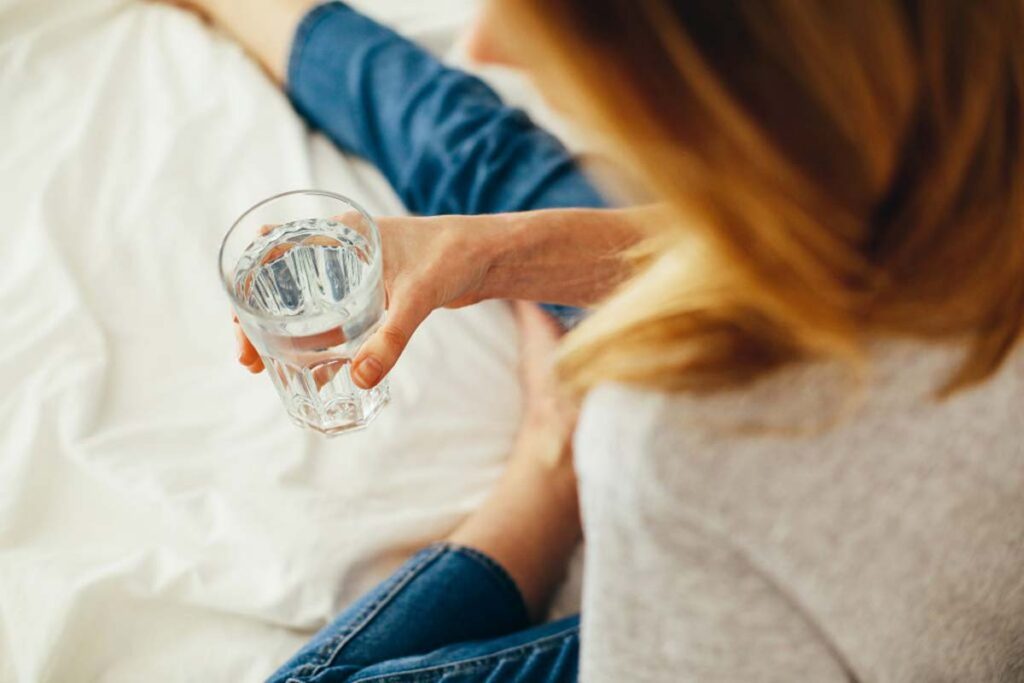 Seven in 10 menopausal women feel the latest national lockdown has increased their symptoms of anxiety – in what has also been described as ‘a mental health catastrophe waiting to happen’.

Half of women over 40 also think the pandemic has made their menopause symptoms worse.

But when it comes to talking about anxiety and other symptoms, 95 per cent have never spoken about the menopause with their boss.

And 86 per cent haven’t even discussed it with their own GP, according to the survey commissioned by wellness brand CBII. [https://www.cbii-cbd.com]

Mary Biles, author of ‘The CBD Book: The Essential Guide to CBD Oil’ said: “CBD has become a go-to natural support for many women weathering the choppy waters of the perimenopause.

“We know that CBD can help ease anxiety, lessen joint pain, and improve quality of sleep, all of which are common symptoms associated with the cessation of women’s periods.

“While no research has been carried specifically on CBD and the menopause, the fact that CBD supports our endocannabinoid system, which itself regulates all our biological functions including our hormones, may explain why increasingly more women are turning to CBD as a way to feel less physically and emotionally out of control during this challenging time in their lives.”

With symptoms ranging from chronic insomnia, night sweats, anxiety, racing thoughts, restless and disruptive sleep, due to the decline of oestrogen and progesterone during the perimenopause and the menopause, women’s sleep patterns are also being seriously affected.

The NHS recommends seven to nine hours of sleep a night, but the research of 2,000 adults found three quarters of 45-54-year-old women struggle to sleep due to the symptoms of the menopause.

Nearly a third of over 40s get an average six hours of sleep a night while one in 10 over 55-year-olds are waking up at least FIVE times each night.

Even post-menopausal women, in the above 65-year-old age group, are still suffering, with 71 per cent saying their sleep is still affected.

The main sleep issues for women 45-54 are that they can’t go back to sleep after waking up, and 66 per cent say night sweats are to blame.

Half have ‘racing thoughts’ and 45 per cent suffer from anxiety during the night.

Six in 10 over 40s believe broken sleep is a ‘ticking time bomb’ for women’s mental health, while half believe this is the case for health in general.

Celebrities such as Loose Women’s Andrea McClean and Meg Mathews have spoken out in the past about how CBD has helped them with menopausal sleep issues.

As a result, six in 10 over-40s would try CBD after hearing women in the public eye talking about how it alleviates symptoms.

But despite conversations around the menopause being more prevalent than ever on TV and in books and magazines, there is also a startling lack of knowledge about the menopause in Brits under 40.

A confident 62 per cent of men think they know the average age women go through it while only half of women under 40 can say the same.

And a quarter of women think menopausal women should get prescription sleeping pills from the GP to help their sleep issues, while a fifth of men think camomile tea is the answer.

Incredibly, Generation Z – 18-24-year-olds – are MORE knowledgeable about the menopause than any pre-menopausal age group.

More than three quarters (76 per cent) claim to know the average age women go through the menopause, while seven in 10 believe the latest national lockdown could cause greater anxiety to menopausal women.

A little under half of 18-24s have talked about the menopause with a family member – more than any other age group under 40.

Elizabeth Carr-Ellis, who blogs at 50Sense.net and is the co-founder of the Pausitivity #KnowYourMenopause campaign said: “The lack of sleep some women are reporting is a particularly worrying aspect.

“Nobody functions well without sleep – I was like an extra from The Walking Dead when I struggled to get sleep in the early years of my menopause.

“But now menopausal women are caught having to juggle lack of sleep and any other menopause symptoms with working from home, home-schooling, the stress of having children at university and not being able to see elderly parents and relatives, as well as all the general concern around Coronavirus.

“It’s also very sad to see so many women are stressed about the thought of menopause – it’s not something we can avoid, after all.

“If women understand menopause better, then they will know the lifestyle and medical routes they can take to ensure their journey is as smooth as possible.

“That’s why we need to talk about menopause more and empower women to take control of their health. I’m so glad to see so many Gen Zers talking.

“It may take a while, but hopefully we can get rid of the stigma so no-one fears menopause.”

Phoebe White, marketing manager at CBII, added: “These are tough times for all of us.

“But for menopausal women, it appears sleep issues have a follow on impact to their mental health as well as their general health.

Editorial Team
Fertility Road aims to inform and inspire in a way that is direct, honest and empathetic, whilst breaking down the science by being written by top experts from the fertility field.
PrevHow to overcome the emotional distress of a Miscarriage while TTC?
Monash researchers use acoustic waves to select high-quality spermNext