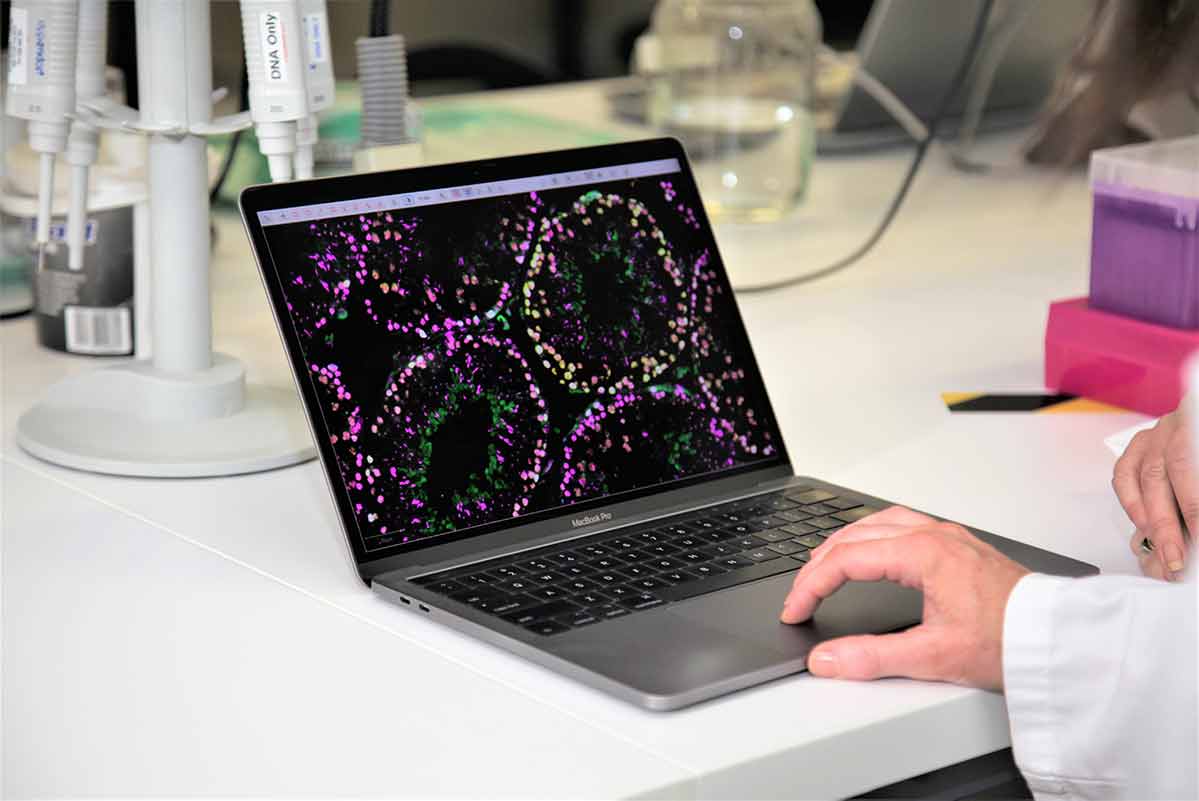 A world-first discovery of ‘sneaky’ sperm particles found outside their ‘home’ in the testes
offers new hope for men with fertility issues and new insight for cancer researchers.

The surprising discovery found that sperm-derived proteins are able to enter the circulation,
providing a rationale for a simple blood test for men with fertility issues, in place of invasive
biopsy surgery.

The study, published in the Journal of the Federation of American Societies for Experimental
Biology (FASEB J), is the first ever in-depth analysis of testicular fluid. It revealed that spermderived proteins are deliberately released from the tubules where sperm are produced in the
testes, into the surrounding fluid. From this fluid, these proteins can then enter the
bloodstream.

Co-lead from the University of Newcastle and Hudson Institute of Medical Research, Dr Liza
O’Donnell, said the discovery debunked the widely accepted belief that sperm-specific proteins
are strictly confined to the testes’ tubules behind the blood-testis barrier or ‘fence’.

“We discovered that many proteins that are found only in sperm are released by the spermproducing tubules into the fluid inside the testis. From this fluid, these proteins can encounter
immune cells and enter circulation in the body,” Dr O’Donnell said.

“This was really surprising to all of us because scientific and medical textbooks tell us these
proteins are absolutely not supposed to be there.”

Professor Lee Smith, University of Newcastle co-lead, said he was proud of his team for
challenging the status quo.

“This discovery really does defy what we thought we knew about testicular function. The
knowledge represents a major step forward to advance fertility diagnosis and treatment in
men, and could offer important clues for other treatments,” said Professor Smith.

What hope for fertility testing?

Approximately nine per cent of infertile men do not produce enough sperm in the testis for
fertile ejaculation and for most, surgical retrieval of sperm from the testes for IVF is the only
prospect to achieve parenthood.

Dr O’Donnell said the lack of markers to predict successful retrieval of sperm was a major
issue in the management of these patients.

“The surgery is unsuccessful in up to half of all patients for various reasons, but now that we
know many sperm-specific proteins are able to be released from the testes, there’s potential to
predict success by a less-invasive blood test.

“We found that the levels of some of the sperm-specific proteins in the testes fluid reflected the
level of sperm production within the tubules, suggesting these proteins could be an indicator of
fertility status in men,” Dr O’Donnell said.

A clue for cancer researchers

“Many of the sperm-specific proteins we found in the testes fluid are also known as cancertestis antigens or CTAs, which are often produced by cancers,” Dr O’Donnell said.

“It’s a widely held assumption that these CTAs are exclusive to the tubules of the testes so
they were thought to be absent from the circulation in normal, cancer-free men (and women).
This makes them an attractive target for cancer immunotherapy, where the goal is to generate
an immune response against the CTA to kill the cancer cells.

“However, our findings suggest that because some of these CTAs can actually enter
circulation, they would have already been recognised by the immune system as “normal” and
therefore an immunotherapy approach targeting CTAs would not work in men.

“There are currently many ongoing clinical trials across the world targeting CTAs for cancer
immunotherapy treatment so this discovery is vital to help researchers exclude certain
approaches and redirect their research efforts,” Dr O’Donnell said.

Why are sperm particles released beyond the testes?

Dr O’Donnell said the newly discovered function of the testes, deliberately releasing spermderived proteins into the surrounding fluid, could be to avoid an immune attack on sperm.

“Originally biologists believed these proteins were restricted to just the tubules because the
immune system is established early in life and is ‘taught’ to recognise foreign proteins.
Because sperm only appear in the male body at puberty, their proteins would appear as
foreign to the immune system and could be subjected to an immune attack,” Dr O’Donnell
said.

“We believe the testes purposely release small amounts so that the immune system becomes
‘tolerant’ and doesn’t launch a full attack on sperm.”