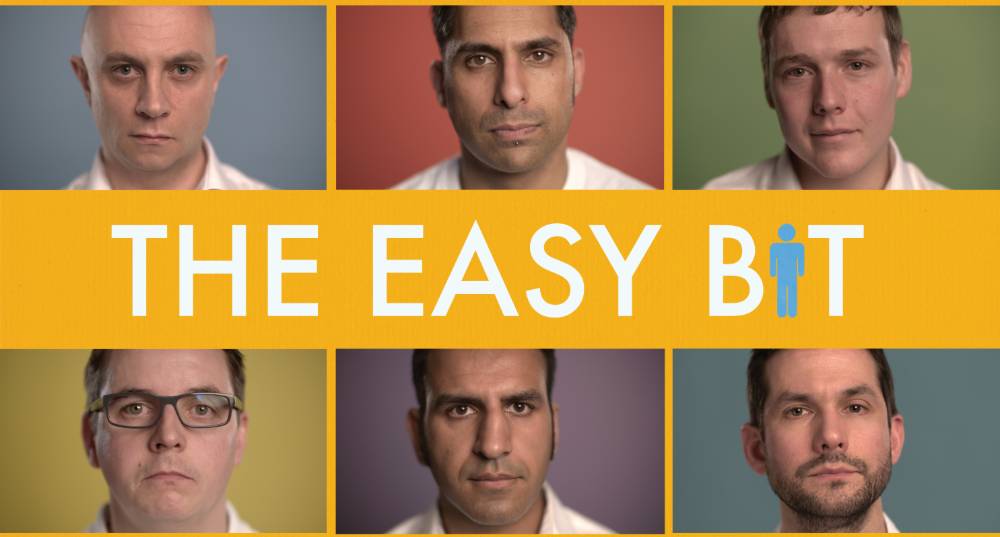 London based production company Snap Dance Films have announced the release of their debut feature; “The Easy Bit”.  The documentary, which will be self-distributed with support from Fertility Road, The Fertility Foundation and Life Whisperer on April 29th, seeks to highlight the lack of mental health support for men going through IVF and the trauma of being unable to conceive.

The film, directed by Tom Webb and produced by Zara Ballantyne-Grove, received its world premiere at the Raindance Film Festival in September 2019 and follows six men speaking candidly on the various stages of fertility treatment. From the initial diagnosis through to making the decision to try fertility treatment, going to the clinic, the hormone treatments, egg collection and sample giving, the implantation procedure, the two-week wait and finally taking the test.

Infertility affects one in seven couples in the UK with more and more infertile couples seeking fertility treatment in the form of Artificial Reproductive Technology (ART). This means fertility solutions such as Intrauterine Insemination (IUI), In Vitro Fertilisation (IVF) and Intracytoplasmic Sperm Injection (ICSI). Little support or information about what it is like for a man to experience IVF is made available, with the focus, both in terms of treatment options and support, primarily on women.

Throughout the film, the common themes are that of isolation, a sense of helplessness and a distinct lack of available guidance. The men talk about the uncertainty of the treatments, being unable to be in the room with their partners during egg collection, a very invasive and difficult step in IVF, and feeling discounted by medical staff. This played upon both the men’s inability to talk openly on the topic, bottling their emotions, and feeling as if something is wrong with them as males, causing them to question their masculinity and value.

The men further highlight that the topic is seldom handled with the same consideration as other sensitive matters despite the emotional damage it has shown to take on men and women who are going through IVF. This has been tragically exacerbated by the current situation around COVID-19, as couples around the country are forced to put their treatment on hold and live with further uncertainty while tackling something that is already costly and stressful.

Webb, who went through IVF with his wife had this to say on his decision to make the film:

“I knew that by making this film, I could help other men going through fertility treatment feel less alone during one of the toughest experiences of their lives”

The potential causes of male infertility are touched upon in the film but it also highlights that sometimes a diagnosis is not possible. In a January 2019 article for TIME, Mandy Oaklander stated:

“Many cases of male infertility are idiopathic, meaning their cause is a mystery to doctors. Genetics or other health factors might be at play, or it might be something environmental.”

While a number of the men involved in the film have since succeeded in having children through IVF, others have not been so lucky but have used their circumstances as a means of providing comfort for those struggling. One couple, Jonny and Sophie, started the BBC Podcast “Long Road To Baby”. While one of the other participants, Gareth, created a private Facebook group called Men’s Fertility Support which currently has over 1,000 active users.

The filmmakers hope is that more support is made readily available for men going through IVF treatment alongside their partners. Given the number of couples struggling with infertility around the world, the focus placed upon encouraging men to open up about their feelings and the emotional cost is evidence that more needs to be done.

A theatrical premiere for the film is being scheduled for later this year. Pre-orders for the film can be made on Vimeo on Demand for £3.49. For updates on the film you can find them on Instagram and Twitter.