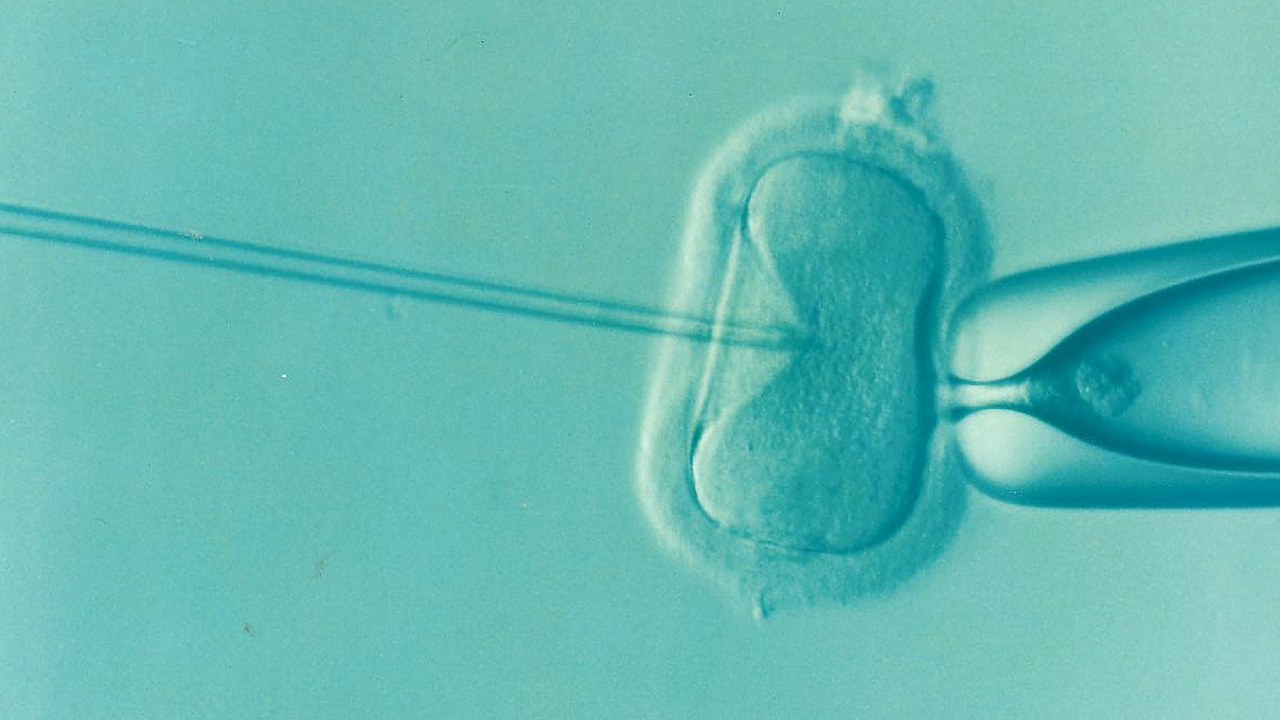 A new study in the journal Nature Cell Biology has uncovered information about a key stage that human embryonic cells must pass through just before an embryo implants. The research, led by UCLA biologist Amander Clark, could help explain certain causes of infertility and spontaneous miscarriage.

A team led by Clark, a UCLA professor of molecular cell and developmental biology and member of the Eli and Edythe Broad Center of Regenerative Medicine and Stem Cell Research at UCLA, set out to find how epigenomic changes — non-genetic influences on gene expression — in human embryonic stem cells could explain why some embryos are not viable.

They started by analyzing cells within the early embryo; these cells are pluripotent, meaning that they can turn into any cell within the human body.

After a human embryo is fertilized and before it implants in the uterine lining, cells in the embryo are in a very immature state of pluripotency called the “naive” state. Little is known about the naive state, but scientists believe that if embryonic cells cannot first enter this state, the embryo is not viable and a miscarriage would occur. Around the time an embryo implants, its cells enter the “primed” state. Primed cells are ready to differentiate into all of the various cell types in the body.

“Although no one knows exactly why the naive state of pluripotency exists, or what helps naive cells stay in that state for a period of time, it could be to provide a protective mechanism that prevents the embryonic cells from differentiating too quickly, which would ensure the timing of implantation is right,” Clark said.

To better understand what helps regulate the naive state, the researchers compared epigenomic changes in lab-created naive and primed embryonic stem cells. They discovered that both cell types have different sequences of open chromatin throughout their DNA. Chromatin consists of DNA and protein that condense to form the chromosomes within a cell’s nucleus.

Unique sequences of open chromatin within any cell type act as bar codes. Gene-regulating proteins called transcription factors in the open areas of chromatin “scan” the bar code and then bind to it, which influences genetic activity in the cell.

“We looked specifically at open chromatin and found a bar code that is unique to naive embryonic stem cells repeated over and over again, so we asked what transcription factor recognizes that bar code,” Clark said.

The researchers discovered that a transcription factor called TFAP2C recognizes the bar code. To learn more about its specific role, they deleted the gene that makes the TFAP2C protein from both primed and naive embryonic stem cells in the laboratory using a gene editing tool called CRISPR-Cas9.

The research also revealed about 1,500 regions of open chromatin that are very sensitive to the loss of TFAP2C and showed that there are hundreds of genes associated with early embryonic development in those areas.

“We’ve discovered that the presence of TFAP2C marks an important difference between the naive and primed states of pluripotency, and that TFAP2C is necessary to maintain the naive state of pluripotency,” Clark said. “We also showed that without TFAP2C, hundreds of genes aren’t expressed correctly, which would most likely result in early miscarriage.”

In addition, the researchers verified that the regions of open chromatin present in lab-created naive embryonic stem cells are also present in embryos before the stage associated with implantation.

“Our findings are relevant to the natural process of human development because they match up with what we see in human pre-implantation embryos,” Clark said. “This provides new information about a time in the lifecycle that we know little about. Fundamental knowledge like this could help better predict infertility or embryo quality.”

The study also could lead to important advances in an area of medicine that historically has been underfunded and underappreciated — in part because the subject of infertility is sometimes seen as taboo and because it doesn’t attract the attention of deadly diseases like cancer.

“People who experience infertility and miscarriage may tell close friends or family, but too often, these issues are not discussed,” Clark said. “But infertility is a significant health concern. It deserves our attention, and we as a society need to be more open about it.”