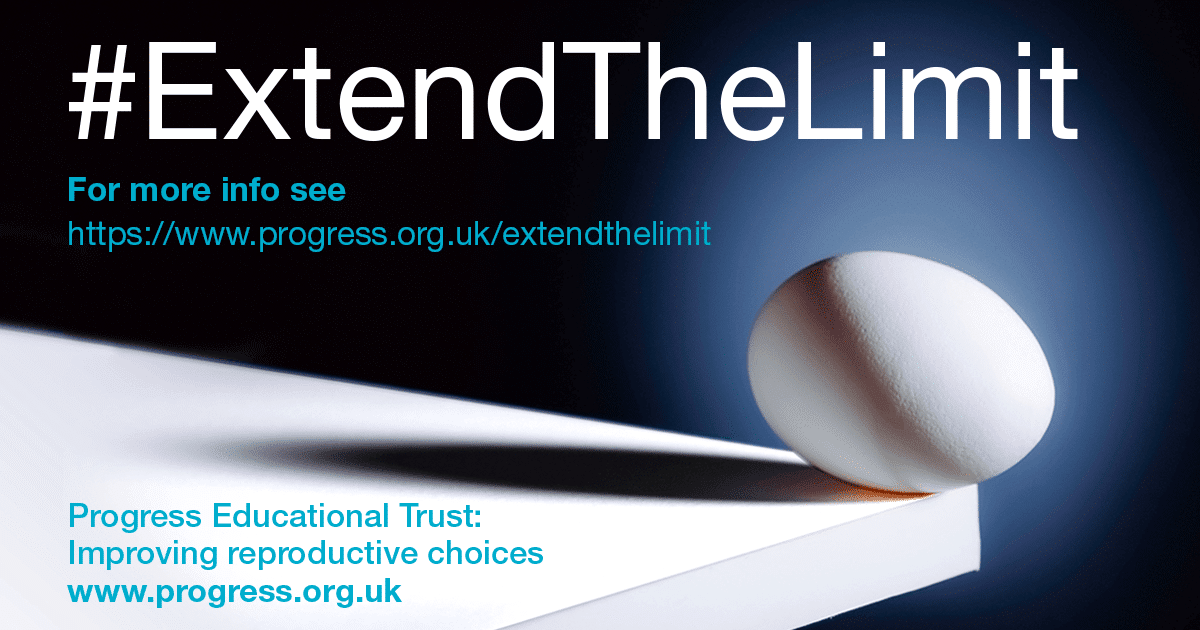 Fertility and genetics charity the Progress Educational Trust (PET) welcomes the Government’s announcement of a public consultation on gamete and embryo storage, including extending the 10-year storage limit for eggs frozen for non-medical (social) reasons.

TV presenter and scientist Dr Emily Grossman, 41, went through 4 cycles of egg freezing at age 38 in a bid to preserve her fertility. She says: ‘There is no medical reason for eggs to be destroyed after 10 years. The 10-year storage limit is completely arbitrary. It is ludicrous that women who had the courage to break taboos and freeze their eggs 10 years ago are now facing the destruction of potentially their best chance of becoming a biological mother. I would be devastated if my eggs were destroyed at 48, if I wasn’t in a position to be able to use them by then.’

Social egg freezing has become the latest buzz term with many women choosing when they want to have children. But it’s more than just a fad or a fertility addon being sold to women by IVF clinics.

This is of huge significance for many women, not just those who have frozen their eggs, but women who are considering doing so. Extending the 10-year storage limit on social egg freezing will enable women to exercise reproductive choice, freeing women from the shackles of an outdated, discriminatory and unscientific law, and the threat of having your eggs destroyed against your will or being forced to become a mother before you are ready to do so, either with a partner or via a sperm donor. It will also mean women don’t face the additional financial burden of funding the transfer of frozen eggs overseas and later fertility treatment abroad.’

Ms Norcross added: ‘Although the consultation is only the first step in a process which PET hopes will result in a change in legislation enabling the 10-year storage limit to be extended, it will bring hope to the thousands of women who have frozen their eggs for social reasons, and those who are considering doing so. However, time is of the essence, especially for those women facing the imminent destruction of their frozen eggs, so we urge the Government to act swiftly.  We ask the government to take immediate action so that women’s eggs do not have to be used, exported or destroyed while this consultation process is taking place.’

Ms Norcross said: ‘PET is campaigning to #ExtendTheLimit for social egg freezing because the 10-year storage limit is a clear breach of human rights: it curtails women’s reproductive choices, harms women’s chances of becoming biological mothers, does not have any scientific basis (eggs remain viable if frozen for longer than ten years) and is discriminatory against women because of the decline in female fertility with age. It is an arbitrary and outdated piece of legislation that does not reflect improvements in egg freezing techniques and changes in society which push women to have children later in life; that’s why it is time for change now.’