Research suggests that there is a link between sunbathing and fertility. And it is all down to having good levels of vitamin D which is manufactured through your skin in the presence of sunlight.

Having good levels of vitamin D is important for boosting fertility for both the man and the woman.

Vitamin D helps to balance a woman’s immune system which is important in getting and staying pregnant. In order for a woman to stay pregnant, her immune system has to quieten down because half the baby’s DNA is not hers. Normally if the body detects something foreign it aims to expel it from the body. For some women, their immune systems do not quieten down and so they can’t get or stay pregnant Vitamin D is also important for male fertility as low levels of this nutrient is associated with low sperm motility and more abnormal forms.

Men – watch where you put your laptop

Everyone thinks of not having hot baths or wearing tight underpants for men because of the effect on sperm health as sperm production takes place at 32°C (89°F) which is lower than the body temperature at 37°C (98.4°F).

The testes are on the outside of a man’s body to keep them cooler but the closer they get to the body e.g. by sitting for long periods when driving for example or cycling, can heat up the sperm and reduce the count.

But a more surprising piece of research found that men using laptops on their laps was also causing a problem with sperm health. In order to balance the laptop, men will often close their legs and this on its own (even without the laptop) raises the temperature of their genitals by up 2.1°C. But the laptop itself generates heat and the combination of closing the legs and the heat from the laptop causes a rise in temperature of up to 2.8°C. Just a rise of 1°C can decrease fertility by 40%. 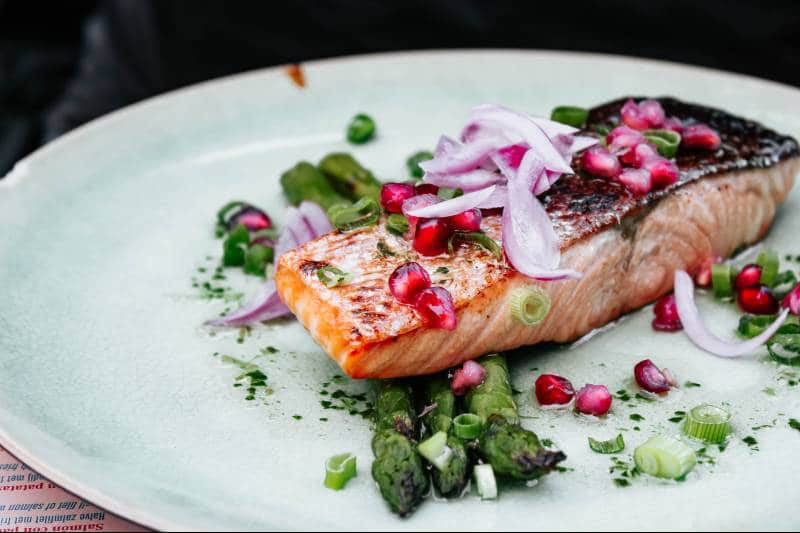 The omega 3 fatty acids have far-reaching effects for both male and female fertility.

Sometimes immune problems may be affecting a woman’s ability to get and stay pregnant.

The theory is that in order for her body to stay pregnant, her immune system has to quieten down because half the baby’s DNA is not hers. Normally if the body detects something foreign it aims to reject it and expel it from the body. For some women, their immune systems do not quieten down and so they can’t get or stay pregnant.

One of the immune antibodies measured is called antiphospholipid antibodies (APAs). These blood-clotting antibodies can prevent implantation and cause recurrent miscarriage by attacking the cells that build the placenta. The medical treatment for this is blood thinners like aspirin and heparin. But research has shown that fish oil given to 22 women with APAs who already had 3 or more miscarriages went on to have 23 pregnancies (one woman has twins) without a miscarriage.

Omega 3 fatty acids are also important for male fertility because semen is rich in prostaglandins, which are produced from these Omega 3 fatty acids. Men with poor sperm quality, abnormal sperm, poor motility or low count, can have inadequate levels of these beneficial prostaglandins and by supplementing with Omega 3 fish oils there was a significant increase in sperm count compared to a placebo.

Research has shown that a woman who is drinking too much coffee, more than five cups a day, is more than half as likely to get pregnant as those women who don’t get drink coffee.

The researchers went as far as to say that drinking this amount of coffee was as bad as smoking for IVF success rates.

Other research suggests that having four cups of coffee or any caffeinated drink a day makes it 26% less likely that a woman will conceive and drinking only 2 cups of coffee (200mg of caffeine) a day is associated with a 25% increased risk of miscarriage.
And problems with sperm health are also connected with increased coffee intake.

Everybody thinks of certain nutrients like zinc and folic acid as being important for fertility and pregnancy but there is a new kid on the block, co-enzyme Q10.

Co-enzyme Q10 is a vitamin-like substance that is contained in nearly every cell of the body. It is important for energy production and normal carbohydrate metabolism (the way the body breaks down the carbohydrates you eat in order to turn it into energy).

Because of its role in energy production, it is a significant nutrient for men if sperm motility is poor. Co-enzyme Q10 is concentrated in the area between the head and tail of the sperm; the energy for movement and all other energy-dependent processes in the sperm cell depend on it. Lower levels of co-enzyme Q10 have been found in men with poor sperm motility and supplementing with this nutrient led to a significant improvement. It is also useful for men who have a higher proportion of abnormal sperm or sperm with high amounts of DNA damage.

For women, it is now thought that co-enzyme Q10 may be helpful for women who maybe have been told they have ‘old’ eggs because of their age and this nutrient could be helpful in improving egg quality.

Dr Marilyn Glenvillehttps://www.marilynglenville.com/
Dr Marilyn Glenville PhD is the UK’s leading nutritionist specialising in women’s health. She is the former President of the Food and Health Forum at the Royal Society of Medicine, a registered nutritionist, psychologist, author and popular broadcaster who obtained her doctorate from Cambridge University.
Looking for an IVF clinic abroad?