Fertility RoadFertility 360What Does Kill You Make You Stronger

What Does Kill You Make You Stronger

Agata Szymanowicz reveals her struggle to start a family and how she is helping women share their stories through photography.

When I think about how I spent my twenties trying not to get pregnant, I want to laugh or cry. It’s funny how these two often got mixed up during my fertility journey.

It really is true that what doesn’t kill you makes you stronger. I met my husband when I was twenty-nine and after almost two years of dating, partying, late nights out and adventurous holidays in exotic locations we decided it was time to start a family.

Those four long years of trying to have a baby nearly killed me – emotionally but also literally, as at one point I ended up in a hospital with ovarian hyperstimulation. Within two days I looked six months pregnant, as litres of fluid collected in my abdomen. Apparently my case was rare and bad enough to merit sending a medical student to interview me.

That was a funny bit – I can still remember that polite young man, his embarrassed face glowing red as he was asking me about my sex life and periods. 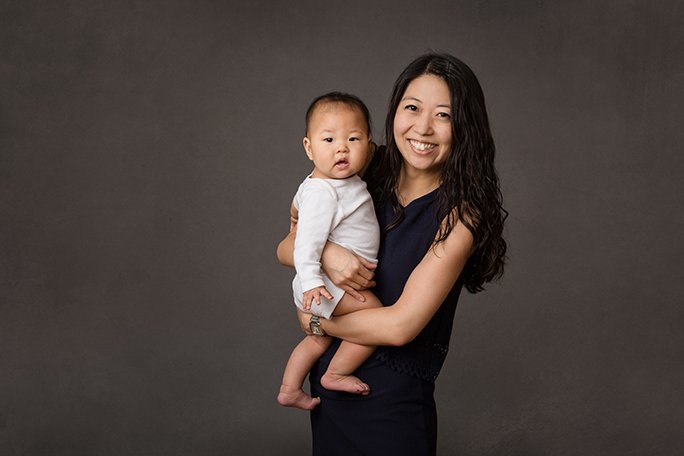 There were more funny (laugh-through tears kind of funny but still) moments. Feeling up my boobs in the office and being caught by a colleague. Bursting into tears when watching ‘Shrek the Third’ when it turned out Fiona was pregnant.

Wondering if a cold, a toothache or bad stomach could be signs of pregnancy (I was educated in sciences and bloody well knew they couldn’t but that knowledge didn’t stop me from obsessing and hoping).

There were times when, after yet another unsuccessful IVF, I offloaded all my frustration and disappointment onto an unsuspecting colleague who simply asked me how I was. Or at my wedding dress fitting with a pillow stuffed underneath to check if it will accommodate a bump “in case I am pregnant by then”.

And I was! On my wedding day I had a spectacular nosebleed all down my white dress, then fainted and had to make an early exit. The next morning, I found out I was pregnant. We went to France on our honeymoon but instead of having carefree sex with my new husband we were visiting the A&E, test labs and pharmacies and googling ‘pregnant’ in French. As long as I knew the baby was still there, nothing else mattered. But we found out I had another miscarriage.

Having a miscarriage when the one thing you want most in the world is to be a mum is awful. Having a miscarriage on your honeymoon just adds an insult to a painful injury. But the worst was still to come after we came home. I was still bleeding but had to go back to work and everyone was asking if we had a great honeymoon and when would we start trying to have babies. 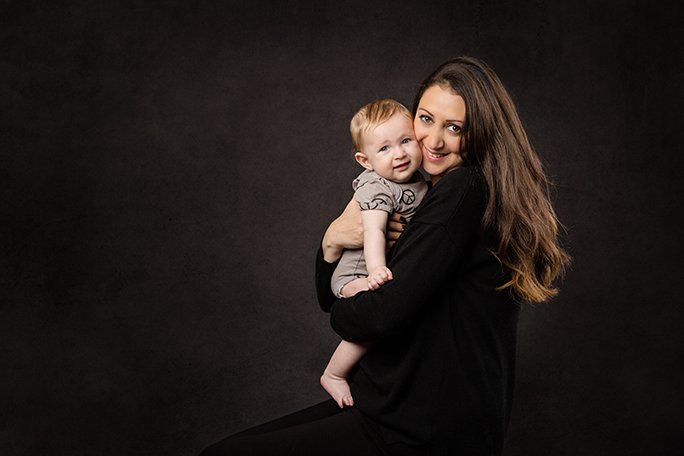 When people were not asking me about my parenthood plans (how is that anyone’s business anyway?!) they were having babies of their own. There were bumps and babies left, right, and centre – on the street, on the tube, in the office, on TV, on Facebook. I couldn’t open my own bloody fridge without hearing someone’s cheerful pregnancy announcement (or so it felt).

Now I really feel bad about it, but back then I just couldn’t bring myself to be excited for my pregnant friends and colleagues. It wasn’t that I wished they had to go through the same thing I was going through. But their happiness was just a painful reminder of my own longing to be a parent. I kept asking: “Why me?”

The thing is, every month of trying and failing was just as hard as the previous one. I couldn’t get used to it. Each period was like mourning a baby that was so wanted, so alive in my heart but would never be born. The problem is there is no social acceptance or recognition of this mourning. You are expected to just get on with it. After all nothing actually happened. And miscarriages are just like this but a hundred times worse.

Those four years of trying for a baby really changed me. I became someone whom I didn’t recognise, understand or even like anymore: a baby-obsessed, crazy, tearful nightmare. Never mind pregnancy and birth announcements, I was ready to cry when someone mentioned eggs in a conversation!

For a long time, I really tried to get a grip and just deal with it myself. I thought no one would want a permanently miserable friend who, on a night out, will drunkenly cry on their shoulder for two hours straight while giving a detailed account of her low AMH and high maternal instincts. I knew I couldn’t be the only person going through all this, but often it felt as if I was. It was only later, when I grew tired of the secrecy and started opening up a bit, that I found out

I actually knew an awful lot of people in the same boat. 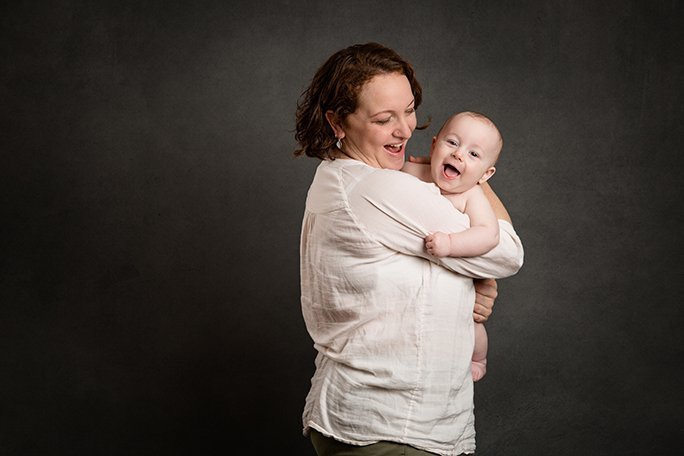 It took me and my husband four years, two miscarriages, four IUIs, two fresh cycles of IVF and three frozen embryo transfers, one ovarian hyperstimulation and one episode of depression to conceive our daughter. I used to joke that, with all those drugs and supplements I had ingested, or injected, during that time, I single-handedly kept the pharma industry going. To this day I think that it’s an urban myth that women get pregnant through sex – how is that possible?! When our daughter was finally conceived Rob and I were not even in the same country.

As a family photographer I take pictures of happy parents and children all the time. Each time I pick up my camera to photograph a pregnant lady or a mum holding her tiny newborn I think: ‘This truly is a miracle, I hope you know how special and precious your family is, I hope you can always stay as happy as you are now’. I always feel incredibly honoured to help others document and celebrate what matters most in life.

After my daughter was born I felt a strong need to reach out to other people who were still trying. I wanted to make their struggles a little easier than mine had been. This is what inspired ‘Waiting for the Miracle’ – my photographic project about difficult fertility journeys towards motherhood.
To see the project and read the full stories please go to my website agataphotography.co.uk and click on ‘Waiting for the Miracle’ in the main menu.

I can’t even express how grateful I am to the 18 wonderful and kind ladies who took part in the project. They shared their most intimate and personal stories and agreed to be photographed with their children in order to break the silence and support others in a similar situation. 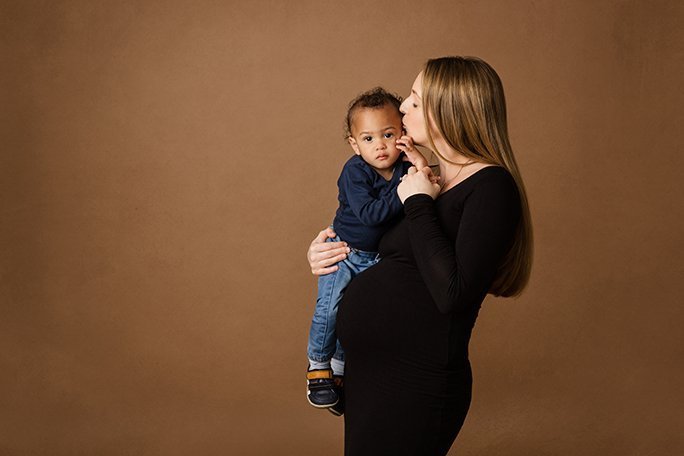 There were tales of prolonged treatment, repeat miscarriages, still births, failed IVFs and shattered dreams. But also of incredible strength, determination and ultimately, joy. It was incredibly brave of them given the stigma still attached to infertility. For some of the women it was the first time they have spoken about what they had been through and most participants commented on how cathartic it was to finally share their journeys. I have to admit; I still cry every time I read their stories. And I so wish I had read them earlier – I would have felt less guilty, less crazy and definitely less alone.

In the project I focus on women. That is by no means to say that men suffer less. But their experience is different, physically and often psychologically and emotionally too. I have heard so many stories of strained relationships because the partners had very different strategies of coping with infertility – that was true in my own marriage too. I wanted to focus on the side of the story which I knew and the experiences I myself had lived.

Most women and couples will go on to experience pregnancy and childbirth, although that baby may not always be biologically theirs. Others may find their child out in the world, born for them from a different woman. I really wish I had a chance to photograph some of those mums as I feel egg and sperm donation, as well as prenatal and postnatal adoptions and surrogacy are, sadly, even more of a taboo.

I know things don’t always work out for everyone and my heart really goes out to those who don’t get to have their own baby to hold. I can’t even begin to imagine your pain and know there is nothing I could say that would make you feel better. However, for the majority of people who embark on the journey towards parenthood things do work out, one way or another. 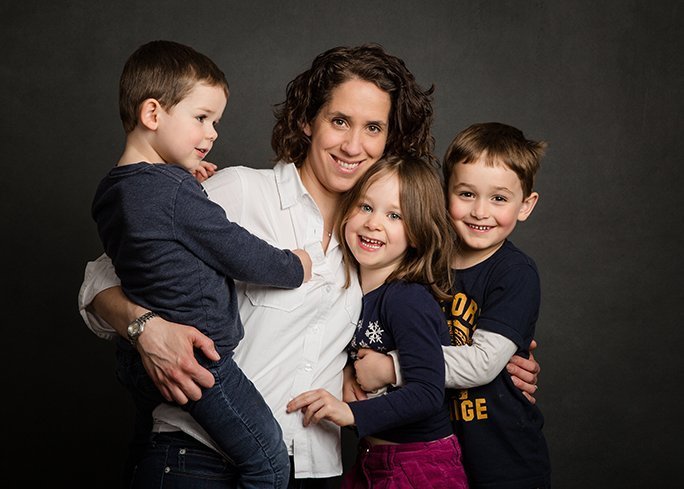 It may not be the story they would have wanted to write for themselves but it will nevertheless become their unique story. This is probably the most important message of the project – have hope and hang on in there, miracles do happen.

On the topic of stories – I would love to hear yours too! 31st October – 6th November is the National Fertility Awareness Week – it is a great time to break the silence, connect, be kind to ourselves, and show support to everyone struggling to create a family.

I am offering one couple a chance to win a family photo session with me.