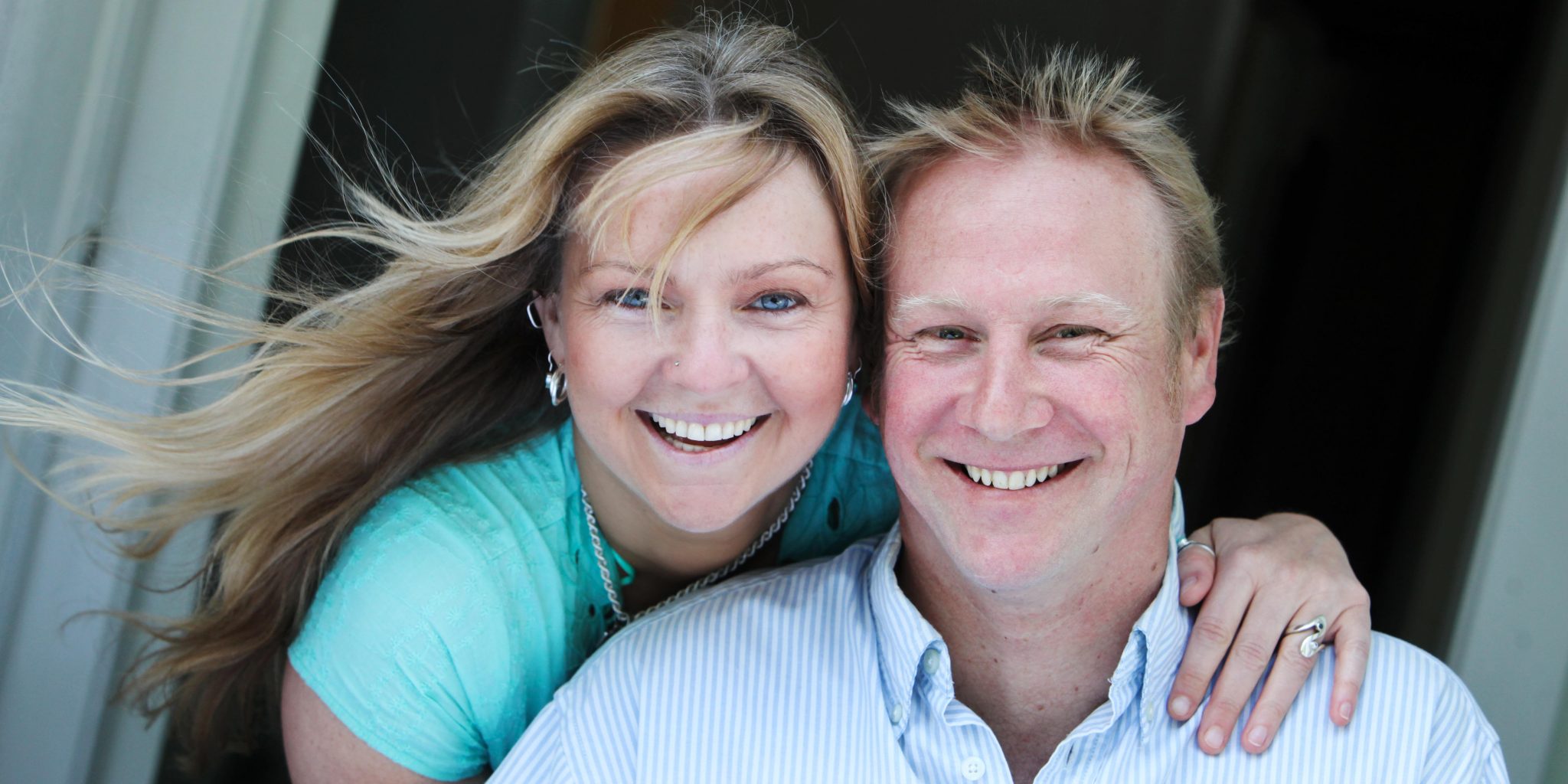 Liz Walton, now 48, had tried six rounds of In Vitro Fertilisation (IVF) and spent around £30,000 trying to conceive.
But today she is the proud mother of two-year-old Willow after getting pregnant naturally- despite doctors saying the couple not have children without medical intervention.
Liz, from Savery Street, Garren, said: “I thought I was going through the menopause and was shocked to learn I was in fact pregnant.
“I’d let go of our dream of having children. I think because we were relaxed and finally accepting of the situation, we were, in fact, ready to have them.”
Liz, who got pregnant at the age of 45, has gone on to work with 14 women across 3 continents – and they have all since had children.
Liz, an international leader and coach, said: “I now focus on helping women who are having difficulties getting pregnant for various reasons, as well as unexplained fertility.
“It is because of my own experience and learning that I can support and help women so they receive the best help to get their desired outcome.”
Liz techniques such as hypnotherapy and a healing process called The Journey to help women tackle stress, which is often an underlying factor in being unable to conceive.
Liz, who has over 20 years’ experience in the therapeutic industry, said: “Constant stress shuts down all our reproductive systems and sometimes what we want most can be pushed further away.
“I can’t guarantee the support will result in a couple getting pregnant, though there have been many cases.
“But what I can enable is a shift, which allows people to find peace and see beyond just having children.”
Liz, who previously ran a complementary health practice in Canberra called Body and Mind, has returned from seven years in the UK, where she cared for ailing mother, who has sadly since died.
She has set up Liz Walton Therapies and Coaching to help people deal with a range of conditions, including anxiety, depression, grief and infertility.
For more information about Liz’s work, visit lizwalton.org or call +61 0432 427 464.

Liz’s story:
Liz and her husband, Greg, 43, married in 2005 and tried to have children soon after.
But they later learned Greg had anti-sperm antibodies, which can cause sperm to stick together and reduce movement – preventing them from fertilising the egg.
They had IVF for over eight years and were told their chances of conceiving with treatment were still less than five percent.
Liz was devastated each time it was unsuccessful and the stress put a strain on the couple.
Liz said: “We got married and thought ‘OK, let’s get pregnant. But a couple of years later it still hadn’t happened.
“We grow up believing we are put on this earth to have children and when I couldn’t, I ended up attacking myself. I asked myself why I couldn’t and what had I done wrong.
“I was devastated each time the treatment failed. It tore me apart and I felt annihilated. I kept thinking ‘how can I fix this?’ It became an obsession and drove me crazy.”
Liz piled on weight because of the stress – gaining nearly two kilos after each course of treatment, going from 67kilos to 75 kilos.
Liz said: “Being told ‘no, it hasn’t happened,’ would be stressful and I’d often go into a bad mood. The stress was overwhelming and I turned to food for comfort.”
Rather than save for a home, they used all the money they had to pay for treatment.
But when Liz’s sister-in-law fell pregnant it was a turning point for Liz, who now past 40 was told her chances of conceiving through IVF was now unlikely.
Liz, who used to run her own holistic complementary health practice, turned to coaching.
She said: “I took part in an emotional healing workshop and it brought our relationship to a whole new level. It also helped me to cope much better with the situation.
“I didn’t want to be a person full of bitterness and I realised I needed to let go. It had got to the point I wasn’t living my life, but holding out for something I couldn’t have.
“I cried for weeks, but it was something I had to do. It’s better than shutting down and turning to eating or drinking – which is something I would have done in the past.”
Liz worked with therapists to come to terms with infertility and now offers counselling and coaching to other women in a similar situation.
She said: “I think there were many reasons I got pregnant when I did. Partly, Greg turned 40 and he started to review his life – realising he wanted children in it.
“I believe our mindset can influence our bodies and I learned tools to become mentally and emotionally healthier. Something must have changed for both of us and we were finally ready for this.”