Fertility 360The Brighter Side of IVF Treatment

The Brighter Side of IVF Treatment 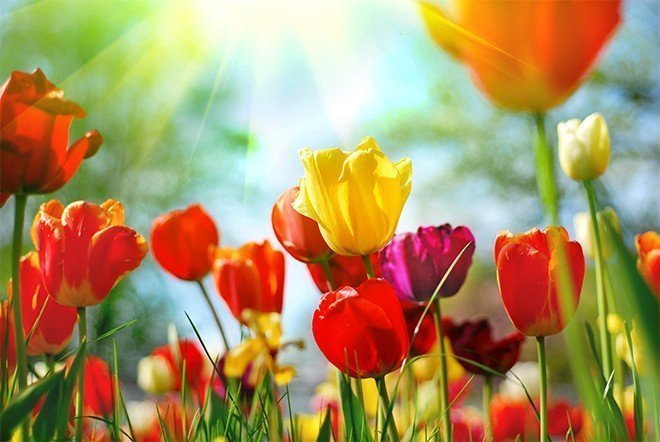 Much of the media coverage around IVF treatment focuses on the negatives of treatment: the artificial hormones; the exorbitant costs; multiple births – not to mention the emotional pressure that patients endure. But there are many positives aspects that rarely seem to be acknowledged.

Here are just some of the ones that I encountered during my three cycles.

When my husband and I embarked on our first IVF attempt we had been trying to conceive naturally for almost two years. While that might not seem like a very long time in the context of a lifetime, anyone who has struggled with infertility will know that it is a long time to live with the relentless cycle of hope followed by despair; of watching everyone around you get pregnant and wondering if it will ever be your turn; of avoiding baby showers and christenings; of masking your real emotions when a friend or acquaintance announces a pregnancy; of trying to imagine an alternative future to the one that you thought was a given.

Over time, infertility wears you down emotionally and physically, and can seriously affect your sense of self worth, your relationship, your friendships, and potentially even your job. It is normal to constantly question if you are being punished for something, or if you are causing the problem yourself by being so consumed with getting pregnant. Some people start to feel as though they are not normal; that there is something lacking in them; that they are not supposed to be a parent.

Even though it may be overwhelming and unfamiliar, many people experience a sense of relief when they begin attending a fertility clinic and looking at treatment options. After months of struggling in isolation, finally someone seems to understand their plight and has a scientifically proven way to help.

While, of course, it is important to prepare for the fact that fertility treatment might not work first time, those receiving treatment often feel that struggling to have a baby isn’t a problem they have to face alone anymore. By involving a medical team some of the burden is lifted, which can lead to a restored feeling of empowerment. Once investigations are underway, and pieces to the puzzle are identified, patients tend to feel a huge sense of relief that their inability to conceive can be attributed to medical factors, rather than something unknown.

The realization that you are not alone

Although you may feel embarrassed and overwhelmed, there is some comfort to be found in the waiting room at the fertility clinic, which will be full of people who are in exactly the same boat. Before I started talking openly to other infertility sufferers I genuinely imagined that my husband and I were alone in our struggle to get pregnant. I constantly analyzed people I knew, and strangers on the street, trying to decipher if they were like me beneath the surface – just wearing a mask on the outside, hiding their pain. Seeing no signs of their distress I came to the conclusion that everyone had had it easy except for us.

Imagine my surprise when I later found out that many people I knew had also been on the same journey. I even bumped into people I knew at the clinic, a situation that, although awkward, also made me feel less alone. Although infertility is a very isolating experience, once you commence treatment you will come to realize that you are not as alone as you once thought, and it is a challenge faced by many couples and individuals alike.

Appreciating the miracle of life

People who struggle to conceive will often be told by well-meaning friends and family that it will be extra special when they finally do become parents, and I really believe that is true.

I’m sure that every parent appreciates what a miracle human life is when they first see their baby’s heart beating on a pregnancy ultrasound; when they feel it kick against its mother’s belly; and when they finally come face to face with its miniature proportions after it is born. However, an IVF patient gets an even deeper level of insight into how this miracle takes place, and can really appreciate the many different processes of the body that are needed to make that little life possible. As each one is broken down through the investigation process, and the complexity of the human reproductive system becomes evident, most will marvel that the human race has been able to reproduce so successfully.

The human side to IVF treatment

While many people have a preconceived notion of IVF clinics as impersonal and anonymous, in my experience the doctors, nurses and embryologists that work in them are among the most compassionate and understanding medical professionals I have ever come across. In addition to those who experience it first-hand, some of the only other people who truly understand the pain, desperation and anger associated with infertility are those who work in the area.

I particularly remember being struck when our doctor on our third cycle told us how she had lost sleep due to anxiousness about us and our embryos. While

I had always thought it was necessary for a doctor to try to remove themselves from any emotional connection to their patients, I realized that for people working in an area such as infertility it is virtually impossible. Although our doctor was dealing with patients like us every day of the week, she shared our anguish over our tiny developing embryos. This was even more incredible given that we had never actually met face-to-face and all of our communication had been through video conferencing.

Throughout the whole cycle I was overwhelmed by the good wishes we received from everyone with whom we came into contact at the clinic: from the patient assistants to the embryologist, who I only met for a brief second as he passed the embryos to the doctor performing the transfer, everyone seemed to be genuinely rooting for us, which made the process feel less clinical and more human.

The physical side is easier than expected

Even for those who are a bit squeamish about needles and internal exams, the physical side of IVF treatment isn’t actually the worst part of it. In fact, most people find that they soon become immune to all the prodding and poking. I also found that, in comparison to other occasions where I have had blood taken or had an internal scan, my experiences in a fertility clinic were less uncomfortable and I felt like I was treated with a little bit more consideration.

Of course, it would be preferable if the whole treatment could be done without needles or drugs with strange side effects, but most women who have gone through treatment will agree that the physical side of it all does not stand out as the hardest part.

TV and movies, especially comedies, tend to portray the male side of IVF as somewhat seedy, painting images of men awkwardly trying to produce sperm samples with the aid of pornography. While magazines, and sometimes video material, are provided to help the male patient in what is a very unusual and stressful situation, the environment is in no way seedy. On the contrary, everything is handled with professionalism and consideration, and men are helped to feel relaxed and comfortable about what they need to do.

After many months, or even years, of timing intercourse to coincide with ovulation, and the emotional pressure and pain that comes from trying to conceive, most couples will admit that their relationship has suffered. While some couples find that the stress of IVF treatment hampers their relationship further, others may experience a renewed closeness once the stress of trying to conceive naturally is removed. By temporarily putting the problem into someone else’s hands, many feel freed from the shackles of infertility and are able to focus on each other again. There are numerous things that can test a relationship and infertility is definitely one of them. Couples I know who have come out the other side of IVF treatment are among the strongest I know.

The clinic we attended for our third treatment cycle gave us access to time-lapse video imagery from the EmbryoScope, the incubator where our embryos were held. Every day we were able to log in via a customized link and see how our embryos were progressing. Watching their journey from fertilisation through to four, six and eight cells, and finally to blastocyst stage, was really special and gave us an amazing insight into how each and every one of us starts off our journey in life.

When your embryos are ready to be transferred to your uterus, you can watch the proceedings on the ultrasound monitor. They are usually transferred using a catheter, which is inserted through the cervix and high up into the uterus. A brief flash of light can be seen as they leave the catheter and enter the uterus, hopefully to implant. Although the light comes from the liquid in which they are contained, since the embryos themselves are microscopic, being able to witness it at all is a very powerful moment that is unique to IVF.

Thanks to advanced tests, such as Pre-implantation Genetic Diagnosis (PGD), couples going through IVF can greatly reduce their chances of early miscarriage due to chromosomal abnormalities in the embryo, the primary cause of miscarriage in the first trimester. Anyone who has known the pain of miscarriage will appreciate the fear associated with the prospect of conceiving again only to suffer another loss. Although tests such as PGD are not offered as standard, they are available in many clinics and offer hope to patients who are in a high-risk category.

According to the International Committee for Monitoring Assisted Reproductive Technology (ICMART), there have been approximately five million babies born via IVF since the treatment was first pioneered in 1978. As the majority of the parents treated are part of couples, it is safe to assume that IVF has helped almost ten million people around the world achieve their dream of becoming a parent.

Those who have never had to deal with infertility or involuntary childlessness will find it hard to truly understand how incredibly frightening and devastating it is to be told that you may never have your own biological child. Many of those affected will talk about how they feel as though their lives have been put on hold, how they feel like failures, and about how frightened they are about their future.

In previous generations there was very little that could be done to treat infertility, and the history books are full of women who were cast out of society, abandoned by their husbands, or even murdered because of their inability to produce a child.

Although we still have a long way to go before infertility is fully understood and talked about more openly by society, those five million babies are a reminder of how far we have progressed.