Considering IVF or egg donation in Cyprus?
Ultimate guide to your fertility treatment in North Cyprus

It is a popular destination for people from around the world, and it is especially popular with people from the UK, Germany, Turkey and many Arab countries.

There are about 16 IVF clinics in North Cyprus, most of which receive international patients. Many of these have excellent standards in terms of quality, ethics and patient support.

There are several very experienced and well-established clinics, with the most popular places to receive treatment including cities like Nicosia and Kyrenia. These clinics regularly work with international patients, and the medical staff speak English, German and other languages. Patients looking for an IVF Abroad very often include North Cyprus on their shortlist.

Another reason it is a popular destination is because egg donors are anonymous and are available from various ethnicities.

One thing to keep in mind if you are considering treatment in North Cyprus is the political situation. It is officially known as the Turkish Republic of Northern Cyprus, and it is not officially a state or a country according to European Union regulations.

It is different from the southern half of the island, called the Republic of Cyprus, and it is subject to special legal arrangements on the part of the EU. But many patients choose to receive IVF treatment in North Cyprus and have very positive experiences here.

One of the first considerations for anyone thinking about going to North Cyprus for IVF treatment is to look at the legal aspects, and there are several important issues to keep in mind.

For a start, there is a maximum age for female patients of between 45 and 58. However, if aged over 45, patients must meet certain criteria and undergo specific tests. There is no age limit for the male partner.

Gender selection is only allowed to prevent the transmission of serious genetic diseases, and it is not permitted for family balancing reasons. However, keep in mind that some clinics might reveal the sex of an embryo in the genetic embryo test results.

Whether you are using your own eggs or donor eggs, the maximum number of embryos that can be transferred in both cases is three.

If you choose IVF treatment using donor eggs, there is a lot of availability in North Cyprus due to the large donor pool. The other benefit is that there are no waiting lists, and both fresh and frozen oocytes are available.

There are a few important points to keep in mind. For example, there is a legal age limit for egg donors in North Cyprus of between 20 and 35 years old unless the patient request a donation from a specific person

Egg donors are also strictly anonymous, and their identities cannot be revealed in any situation, either to the patients or to the child. There is no mixed system comprising anonymous and non-anonymous donors. However it’s possible to get donated eggs from known person.

Only basic characteristics of the donor can be revealed to the recipients, but this is up to the clinic, and information can only be shared where it does not allow the donor to be identified.

Basic characteristics are used to match donors with recipients, such as skin colour, race, hair colour and eye colour. This way, the donor is as similar as possible to the recipient.

Donors must also undergo certain qualification tests, which are a legal requirement. These include tests for:

If you choose to undergo IVF treatment in North Cyprus, you will find that there are many sperm donors available, and they comprise donors of all races. There are also no waiting lists.

It is generally the case that most IVF clinics here have their own sperm banks. However, if using a sperm donor, North Cyprus is considered quite an expensive destination.

Sperm donors are strictly anonymous, and there is no situation where the recipient couple can find out the identity of the donor.

Cost is one of the most important factors when choosing a destination for IVF treatment. The cost will vary depending on the clinic and location as well as the type of IVF treatment you receive.

If you are undergoing IVF treatment with donor eggs in North Cyprus, the average cost for an egg donation cycle is between €4,500 and €5,000.

However, the cost will depend on a range of factors. These include the number of oocytes that are being used for fertilisation, whether any other add-on techniques are being included, and whether the treatment is guaranteed.

In addition, keep in mind that the cost will vary based on the region and the clinic you choose.

If you are undergoing IVF treatment in North Cyprus using embryo donation, the average costs range from €5,500 to €6,000.

This is the most expensive European destination for embryo donation, and this is mainly due to the lack of donated embryos by local patients. This means that double donation is used for most embryo donation programmes.

However, availability is very good here, and clinics offer embryos in many different ethnicities.

Double donation is an option in North Cyprus. This is where the embryos are prepared for patients using both oocytes and sperm from donors.

The cost for double donation is similar to the cost of egg donation programmes with the additional cost of the sperm donor, which averages between €800 and €1,000.

Other IVF Costs in North Cyprus

If you decide to travel to North Cyprus for IVF treatment, the above information gives you a general idea of the standard costs.

However, it’s important to remember that there are various additional costs that can be applied for IVF add-ons and other services. It’s a good idea to have a general idea of what these are to help you plan your treatment more effectively.

Here are some of the most common additional costs involved for IVF treatment in North Cyprus:

IVF Success Rates in North Cyprus with Own Eggs

If you want to find out about IVF success rates for treatment in North Cyprus, there is no specific data for this. This is because North Cyprus is not treated as a country and, as such, no information is sent to ESHRE.

The table below shows data from the ESHRE EIM report for 2017. While no data on success rates is included for North Cyprus, IVF success rates for treatment with own eggs advertised by top clinics in North Cyprus is similar to other European clinics.

Source: ART in Europe, 2017: results generated from European registries by ESHRE*
Supplementary Table SX Aspirations, pregnancy and delivery rates by age distribution (years) of women treated with ICSI in 2017.
Pregnancies per embryo transfer.
**North Cyprus is the self–proclaimed state recognised only by Turkey and is not providing and data to ESHRE EIM Consortium.

If you are using donor eggs for IVF treatment in North Cyprus, there is no specific data on success rates. In the table below, you can see data from the ESHRE EIM report for 2017. Because North Cyprus is not treated as a country, no reports are sent to ESHRE by local authorities.

However, the IVF success rates advertised by top clinics in North Cyprus when using donor eggs are in line with other European clinics.

Source: ART in Europe, 2017: results generated from European registries by ESHRE*
Supplementary Table SVIII Pregnancies and deliveries after ED (fresh and frozen cycles) in 2017. In Egg Donation cycles, the age of the recipient women had no influence on outcomes. Pregnancies per embryo transfer (fresh and frozen)
**North Cyprus is the self–proclaimed state recognised only by Turkey and is not providing and data to ESHRE EIM Consortium.

Remember, North Cyprus is a self-proclaimed state that is only recognised by Turkey. It is part of the European Union, but EU law does not apply in the country. This has legal implications, and seeking legal solutions in the local courts can be very complicated. More information can be found at the Ministry of Health website. 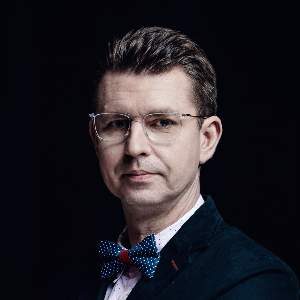 Aleksander Wiecki
Aleksander is an advocate of transparency and truth about IVF treatment and patients’ experience manager. With strong expertise and background in the IVF and infertility industry including IVF clinics and genetic laboratories Aleksander strongly believes that there is a gap between IVF patients and clinics. This is a gap where patients may fall for the most common IVF treatment traps during their infertility journey. That’s why patients need help and support which they don’t necessarily get from IVF clinics. The support which comes from an objective, trustworthy and reliable source. Aleksander is a regular guest at ESHRE annual meetings, the Fertility Show in London, the Fertility Forum, the IMTJ - Medical Travel Summit, Fertility Exhibitions and conferences around the world.
Menu
FIRST IVF MAGAZINE
15 articles about IVF and Donor Conception by top IVF experts worldwide!