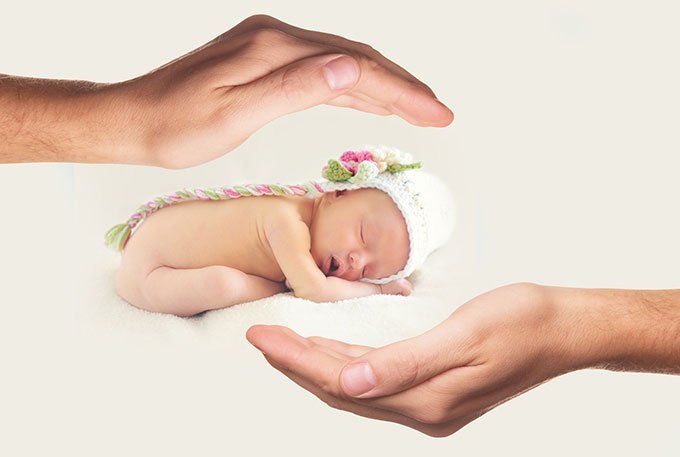 Here’s the thing: I am not anti doctor. I think many elements of western medicine are awesome and necessary and thank god they exist in a lot of cases.

Where my hang-up comes in, is the seriously overlooked mindset component -the correlation of your emotional/mental state to the physical conditions/fertility issues.

There’s a reason that IVF only works 25-50% of the time. And it’s not because you had that cup of coffee you shouldn’t have. It has so much to do with the mindset of the woman and what she’s believing or committing to.

Thanks to the Law of Psychophysical Response, for every thought the brain has, the body has a physical or chemical reaction. So if we’re having a stressful or panicked thought, it registers in the body. Thanks to the fight or flight response in the amygdalae of our brain, when we are stressed out or triggered, our non-essential body systems slow down or shut down. The reproductive system is not necessary for you to stay alive, so that’s one of the first to be affected.

Many things can trigger this response, but what I’ve found in my holistic fertility practice is that women are often plugging into beliefs that are spewed at them from society, family, and yes care providers. The way some doctors, nurses, and techs speak to women can be abhorrent and can actually exacerbate infertility. These are things doctors have actually said to my clients:

While care providers rarely mean to be insensitive, they’re often not aware that what they say and how they say it subconsciously plants into our belief systems; and sabotages our belief in ourselves and our body’s ability to be able to do the job women have done for millennia.

The wellness aspect and bedside manner has unfortunately gone out the window in many cases. Whether that’s due to training, or hospital constraints, I don’t know. But the focus is on the pathology, not the person. Many just look at you as a uterus and not a human.

Again, I know some warm, caring doctors, but almost all of my infertility clients have had unfortunate experiences with insensitive care providers. And because these care providers are authority figures, these women buy into the belief that they are not capable, that it’s not likely to work, that they are too old. And according to the Law of Attraction, like energy attracts like energy, so if we’ve plugged into the belief that we are not capable, the Universe is answering with situations that are an energetic match to that thought. Hence several rounds of IVF that don’t work, unexplained infertility, and it just never happens.

Of course these doctors concerns come from some basis. But unfortunately, they are trained to focus on the exception, not the rule. In Europe, it’s not so unusual to conceive up to age 52. Part of that is eating less processed crap, and part of it is not being made to feel incapable at age 30. Yes it’s true that your egg count goes down quite a bit after 30, and so from a scientific perspective, the odds lessen. But that’s just it- they’re odds. And you need ONE egg. Just one.

When the mindset component is left out of fertility (the idea that by shifting your thoughts, you can shift your physical condition), it can be a bleak prognosis.
Your mind is so powerful. I’ve seen amazing things in my practice from:

It all happened when the woman was open to the idea that things could be different than the prognosis they were given, by doing the work, and by having a care provider that makes them feel safe.

So many of my clients have stayed way to long with doctors who have made them feel uncomfortable, too old, less than, incapable, and a lost cause. It’s so subtle that you often don’t notice it, but it’s a huge factor in your progress. So if you don’t love your doctor and they’re not uber supportive of your journey and what’s right for you, consider:

Feeling comfortable and capable is essential in this fertility journey. Don’t be afraid to change providers. If they’re not on Team You, they need to go. 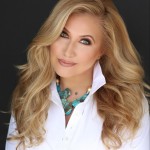 A’ndrea is a Holistic Fertility Expert, Reiki Master and author of How to Get Pregnant Even When You've Tried Everything: A Mind Body Guide to Fertility. She uses a combination of Reiki, intuition, and mindset coaching to move her clients through the emotional and physical blocks that are impeding them from conceiving naturally. Though based in Los Angeles, she helps women all over the world achieve their dream of motherhood.