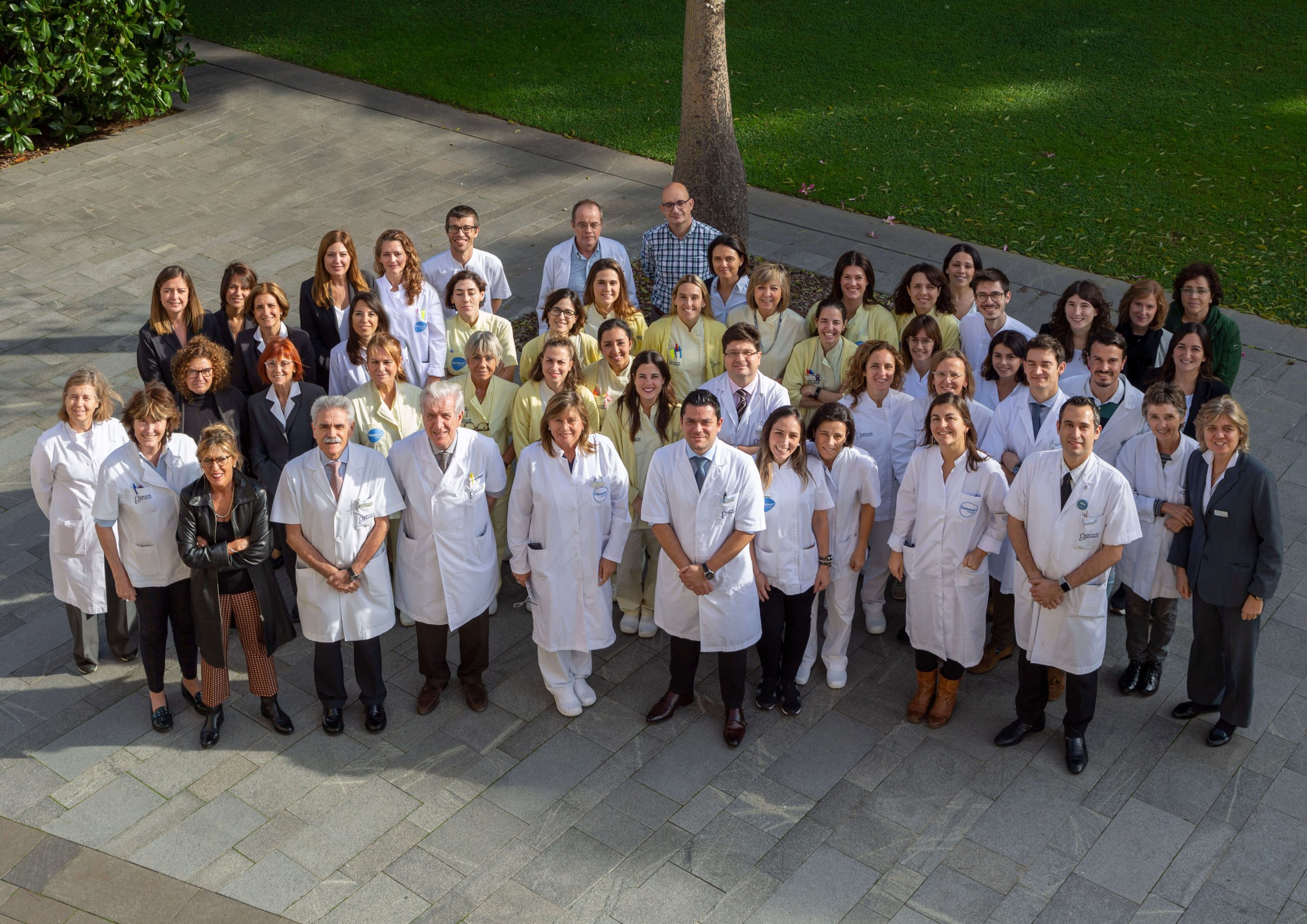 Dexeus Mujer is one of the leading European fertility centres. It was established in Barcelona over 80 years ago and it specialises in Obstetrics, Gynaecology and Reproductive Medicine. It continues to be at the forefront of the use of the latest medical and technological advances and has a significant track record in the development of fertility services in Spain.

Its medical team was responsible for the first Spanish baby conceived through in vitro fertilization (1984). It was also the first clinic to successfully employ a cryotransfer in Spain (1987) and the first in the country to achieve the birth of a baby as a result of egg donation treatment (1988).

Since its inception its main objective has been to offer a personalised service of the highest quality to patients as well as offering the latest scientific innovation. The team actively take part in continued professional development; participating in national and international training and research events as well as leading on professional bodies.

Currently, the centre has a staff of over 100 doctors and has its own evaluation committees for complex cases which require an interdisciplinary assessment. In addition, in order to expedite the diagnosis and treatment of fertility problems that affect couples, it offers a specialised Unit on Male Sexual Health, which works in coordination with the Reproductive Medicine Service.

Its facilities are part of the complex which forms the Dexeus University Hospital of Barcelona, which allows it to offer all the support services that a hospital environment provides. Moreover, all centre’s activity works on an integrated circuit through which all visits, diagnosis, treatments and interventions are centrally managed and take place in the same building. This offers consistency; ensures that the patient doesn’t have to move to other centres for medical tests and decreases the waiting time for obtaining a diagnosis, undertaking treatments and awaiting results. Dexeus Mujer also has its own IVF, Cryopreservation and Andrology laboratories and can offer Preimplantation Genetic Diagnosis (PGD).

Unlike other countries in Europe, which have more restrictive legislation, the current Spanish law 14/2006 on assisted reproduction allows access to these techniques to women without a partner, heterosexual and homosexual (feminine) couples, and unmarried partners. It also allows for the preservation of both sperm and oocytes to delay parenthood. The law makes it easy for international patients to access fertility treatment and these patients represent approximately 30% of the total number of people helped at the centre. All overseas patients are assisted by a specialist Service for International Patient Care which was established over 15 years ago.

Due to its extensive experience in the field many patients who come to the centre present with complex needs and many have experienced failed treatments in other centres. However, this doesn’t negatively affect the clinic’s success rates which are currently about 60% in IVF with patients’ oocytes and about 85% in case of a treatment with donated oocytes.

The centre’s Egg Donation Programme is strictly regulated – all donors have to undergo a series of tests to ensure they are suitable participants which include those to detect whether they are carriers of recessive hereditary diseases or conditions which are likely to have negative implications on the health of any children born as a result of their donation.

Since 1995, Dexeus Mujer has operated the Dexeus Mujer Foundation which, in cooperation with other institutions, offers free medical assistance through different social programmes.

After trying almost all methods to achieve a pregnancy, many years of waiting and several miscarriages, Sandra decided to go for egg donation.

This was a difficult, emotional decision for Sandra but she couldn’t be happier now, because the result was her son Martí, ‘a little miracle’ as she calls him. Sandra and her partner were trying for a family for some time before a friend suggested they contact Dexeus Mujer.

Results of initial tests were inconclusive, so they began with an artificial insemination which wasn’t successful. Shortly afterwards Sandra fell pregnant naturally but unfortunately, she had a miscarriage. She then decided to opt for in vitro Fecundation and underwent several ovarian stimulation treatments in order to obtain a larger number of oocytes and increase the probability of viable embryos. However, only one in 15 obtained ovules was good for pregnancy and although she became pregnant, she once again suffered a miscarriage.

At that point, the medical staff advised her to choose egg donation.

“I didn’t even think about it before and I had many doubts because you always think that your baby is going to look like you or to have something yours. It is cultural, I know. But in the beginning it’s hard to accept”.

Nevertheless, she was determined to be a mum, so she took the plunge and she got pregnant at the first attempt!

“I didn’t enjoy the first months of pregnancy because of the miscarriages I had, but as time went by I became increasingly confident and finally Martí was born, who is a little miracle!
What’s on offer

DEXEUS MUJER is offering one couple a free fertility treatment in 2019
They will be offered: