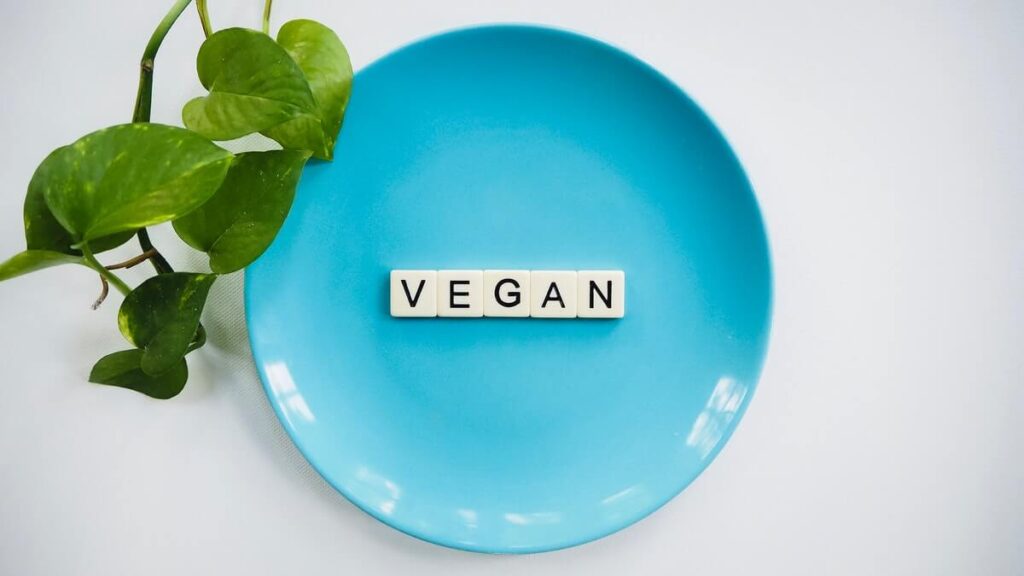 Expenditure on products for vegans and plant-based diets has dramatically increased in the UK over recent years. Supermarkets are catching on and cashing in on this growing vegan lifestyle, with Sainsbury’s launching a 31 product vegan range at the end of last year, and fast-food giants such as McDonald’s, KFC, and Burger King introducing plant-based options.

Although this is a positive change, there are concerns that vegan diets don’t give the body all of the vitamins and minerals it needs to function healthily and in optimum performance.

With veganism garnering more attention and a demand for education, Google Trends data reports that the term ‘vegan supplements’ is often searched for in the UK, with a particular spike in early January 2020, likely after the indulgence of the Christmas period.

That’s not to say that vegan diets aren’t extremely nutritional, they do in fact have many health benefits. However, there are some nutrients we may need to supplement that we can’t get solely from plants. With good planning, you can make sure you’re not missing out on anything important.

If you find yourself wondering ‘what vegan supplements do I need?’, here, we’ll look at the most important additions you should be taking on a vegan diet.

It’s argued that one of the most vital nutrients for vegans to take is B12 which is derived from foods from animal sources. There’s a common misconception that vegans who eat the right kind of plants don’t need to be wary of a vitamin B12 deficiency. Unfortunately, there is no research to confirm this. Vegans are at higher risk of B12 deficiencies, so it’s important that adults consume around 1.5 micrograms of B12 every day.

To help support a variety of bodily functions, some include the development of oxygen-carrying red blood cells, the health of the nervous system, normal brain functionality and protein metabolism, B12 needs to be consumed. If not, this can lead to anaemia, nervous system damage, infertility, and bone and heart disease.

Humans used to get B12 from natural water in soil, however with declining soil quality from intensive farming and filtered water, this isn’t the case anymore. Taking health supplements or fortified foods such as soymilk, nutritional yeast, meat substitutes, and breakfast cereals.

The absorption of calcium and phosphorus from our guts is supported by Vitamin D, since this acts as a fat-soluble nutrient as well as a supporter of healthy bone, teeth, and muscle growth. Vitamin D is comprised of two forms — vitamin D3 is taken from animal products such as oily fish, red meat, liver, egg yolk, and butter, whereas vitamin D2 comes from plants, like mushrooms, and fortified foods.

There is a narrow scope of food that derives Vitamin D. As a result, a lot of us struggle to consume the daily recommendation of 10 micrograms of the vitamin. It is primarily derived from sun exposure, which is why the NHS recommend vitamin D supplements, even for carnivores, in the darker winter months.

In order to sustain healthy thyroid functioning, a sufficient level of iodine is needed. This is a regulator of your metabolism. Good sources of iodine include sea fish, shellfish, dairy, and some plants and grains depending on the level of iodine in the soil in which they grew.

If not enough iodine is taken, you can experience low energy, dry skin, forgetfulness, depression, and weight gain — so it’s recommended that adults consume 0.14mg of iodine each day.

Research suggests that vegans’ iodine levels in their blood is up to 50 per cent lower than vegetarians, making them more susceptible to risk of iodine deficiency.

Why Iron is Vital

Iron enhances many things in our body, including the transportation of oxygen and red blood cells around the body, and DNA development. Therefore, an iron deficiency can result in anaemia. Symptoms of anaemia include a decreased immune system functioning, fatigue, weakness, dizziness, and difficult concentrating. Iron is derived from meat, chickpeas, lentils, tofu, cheese, and cruciferous vegetables such as cauliflower, cabbage, kale, broccoli, and pak choi.

The unnecessary consumption of iron supplements however can be dangerous – since iron blocks out the absorption of vitamins and minerals. With this said, don’t supplement unless you’ve been told to by your GP — but it’s worth being aware in case you start to feel the symptoms and aren’t sure why.

When choosing to take up the vegan diet, make sure you’re getting the correct levels of vitamins and nutrients still. To ensure this remains stable, we suggest getting your blood taken at your GP to find out what you should do.

Editorial Team
Fertility Road aims to inform and inspire in a way that is direct, honest and empathetic, whilst breaking down the science by being written by top experts from the fertility field.
PrevWhy women’s health and good Femtech are important
How you can improve your colon health with these effective tipsNext