Falling pregnant is something we take for granted – until we struggle with it. Nicola Smuts Allsop, a consulting astrologer specialising in fertility, has developed a quick and easy method to determine your fertile times.

The Fertility Astrology App  is a world first, and can tell you within minutes which times in the year ahead are ideal for conception.
Infertility is not uncommon: Research shows that one in six couples experience difficulty in conceiving, and 30% of these have “undiagnosed” fertility issues, meaning they are physically healthy but are not able to conceive, either naturally or with medical intervention. There can be up to three times in a year when you are astrologically fertile, says Smuts Allsop, and knowing when these are, is important if you are wanting to fall pregnant. 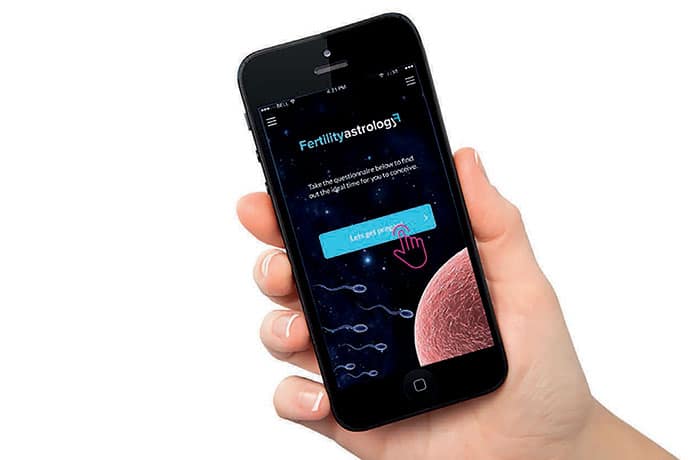 Smuts Allsop has 17 years of research and experience working with fertility issues and has used this to develop the ground-breaking app, to be released in February in iTunes and later in February/March in Google Play Store.

The app can be used by anyone wanting to know their fertile times. While we may think that we are fertile every month when ovulation happens, there is so much more to conception than just the physical material of sperm and ovum. This is where astrology helps by working with cycles and timing.

To date, Smuts Allsop’s in-depth knowledge of fertility astrology has been invaluable for those undergoing In Vitro Fertilisation (IVF), Intracytoplasmic Sperm Injection (ICSI)or other infertility treatment. Knowing when to implant a fertilised egg into the womb is crucial to the success of these costly and emotionally difficult procedures.

“I’m hoping that health practitioners will use the app with their clients, to improve their chances of falling pregnant,” says Smuts Allsop. Astrologers can also use it as an additional tool for their clients.

Fertility astrologer Nicola Smuts Allsop has extensive experience gained over 17 years in identifying fertility issues and establishing potentially fertile times for conception, and in particular timing for In Vitro Fertilisation (IVF). Smuts Allsop has developed the Fertilityastrology.com app (to be launched on iTunes mid-February 2017), a quick and easy method to determine your fertile times. The app is a world first, and can tell you within minutes which times in the year ahead are ideal for conception. This video gives a brief introduction to the new app and also features interviews with a number of families who have worked with Smuts Allsop and Fertility Astrology.