Working it Out: Could your occupation have a negative effect on your fertility? 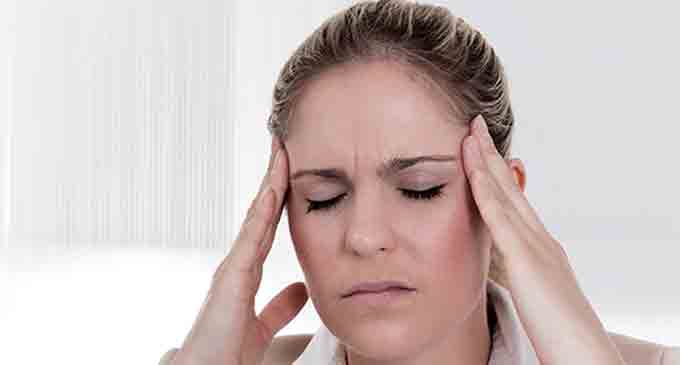 It’s no secret that stress and anxiety can impact on a woman’s ability to conceive, but can the pressures and demands of your working life – or even the nature of your work – actually be stopping you from falling pregnant?

While employers (and hopefully pregnant women themselves) are aware of the need for workplaces to carry out a risk assessment for expectant mums, the same potential areas for concern are rarely considered in terms of the effect they could have on a couple’s attempts to conceive.

A typical risk assessment for an expectant mum-to-be would examine her working conditions and exposure to certain chemical, physical or biological agents – the very same things that could be impeding conception.

So what are the risks in the workplace? Surprisingly, it’s not just chemicals or the effects of hard or physical labour. Earlier this year, researchers at Southampton University found that shift workers took longer to become pregnant compared to those who kept regular working hours, and that night-shifters were more likely to miscarry, with the study’s authors citing an increased rate of 29%.

The number crunchers studied data on women who worked on rotas from 1969 onwards and analysed some 119,345 females.

They discovered that those women who worked varied shifts had an 80% higher rate of sub-fertility compared to females working normal hours.

It was also found that female shift or rota workers had a 33% higher rate of disruption to their menstrual cycles.

The report’s author, Dr Linden Stockers, said that although her study could not establish why shift working was associated with fertility problems, she thought that sleep disruption could have an effect on the ‘clock genes’ which can impede biological functions.

But of course it is not just shift workers whose occupations put their fertility at risk – in 2009 scientists warned women who worked with pesticides that they could find it took them longer to fall pregnant. The study examined females working in agriculture and living within 200 feet of agricultural fields and found that they had taken significantly longer to conceive than those women who had not been exposed to pesticides.

Research also suggests female vets face twice the fertility risk because of their profession. Scientists in Western Australia issued concerns back in 2008 that women veterinarians who failed to safeguard themselves from x-rays and anaesthetic gases in the workplace had double the risk of miscarriage – findings that could surely translate to other professions exposed to the same risk factors. Researchers at the Western Australian Institute for Medical Research studied more than 1,200 female graduates from Australian veterinary schools over a 40-year period. Their findings showed that occupational dangers could have a devastating effect on the women’s pregnancies and fertility.

WAIMR professor Lin Fritschi said the research was “worrying” and that it showed that female vets exposed to an hour or more of anaesthetic gases or coming into contact with pesticides during the course of their duties were “twice as likely to miscarry during pregnancy”. And it’s not just hardcore science-based occupations that pose a potential threat to reproductive well-being. Staggeringly, hairspray has also been cited as being a workplace hazard in terms of fertility and pregnancy – a study undertaken by researchers from Imperial College London, University College Cork and the Centre for Research in Environmental Epidemiology in Barcelona found that women who are exposed to hairspray in the workplace during pregnancy have more than double the risk of having a son with hypospadias – a genital birth defect which leaves the urinary opening displaced.

The findings revealed that women have a two- to three-fold increased risk of having a son with hypospadias if they are exposed to the styling aid – or specifically, phthalates, the chemicals in it – in the first trimester of their pregnancy.

Workplace fertility concerns are not just a female issue. Men in certain professions also face possible disruption to their reproductive systems because of exposure to certain chemicals or working in particular environments. Scientists at the Universities of Sheffield and Manchester discovered that males employed as painters and decorators and working with glycol ethers – which are widely used in water-based paints – were more likely to have poor semen quality. And boffins at The Kaiser Permanente Division of Research in California found that men who were exposed to BPA – a chemical created in the production of some plastics and resins – had significantly increased risks associated with ‘decreased sperm concentration, decreased total sperm count, decreased sperm vitality and decreased sperm motility’.

Mum-of-two Erica is convinced her husband Duncan’s working environment had a negative impact on their attempts to conceive. She told Fertility Road:

“Duncan was working in a refrigerated area at work and wearing very snug thermal pants and trousers to protect him against the cold. I am sure this may have impacted his fertility. All our attempts to fall pregnant had been fruitless during the time he was in that role. As soon as he moved on to other duties, I fell for our fi rst child, and our second was conceived very quickly, too.”

But the workplace isn’t always a hotbed of sub-fertility horror stories. Back in 2007, a whopping 14 checkout operators at an Asda supermarket in Newcastle fell pregnant after using the same till, and one mum we spoke to is adamant her pregnancy was a result of workinduced super fertility.

“John works in the building trade and was on a long-term contract at a power station,” mumof- one Emily said. “I am absolutely convinced that he became super fertile while working there – I fell pregnant and so did three of his workmates’ wives.”Another mum says a certain chair in the headquarters of a fashion accessory business was rumoured to have helped several ladies fall pregnant.

“There are some 300+ employees at the HQ, and one floor in particular had a huge rise in pregnancies,” Shelly told us. “We think the original chair or offi ce space is responsible for four babies but that it also created a trend with over eight babies being born on the one floor!”

Counsellor and therapist Eve Menezes Cunningham says that your workplace can most definitely have a negative effect on your reproductive health and wellbeing, but there are steps you can take to minimise it.

“Stress in the workplace can cause far-reaching health problems. It exacerbates so many conditions (research shows that 60-90% of all doctor visits are stress-related) that it’s no wonder it has an effect on fertility.

“When we’re stressed, we’re in ‘fight or flight’ mode. In order to create new life, we need to feel safe enough to relax so our bodies can recharge and rest. We’re less likely to be able to create new life if we’re in survival mode.

“And one mum revealed to us that it was the actually the worry of her co-workers knowing about her fertility issues which made work diffi cult while she was trying to conceive. If you are in a similar situation, create a real separation from your home and work life by choosing what you are prepared to share with your co-workers.

“Some will be closer than others. One or two may be friends and you may choose to open up much more to them about your fertility. But you want to do all you can to reduce not add to your stress.

“If other co-workers are affected by your efforts to get pregnant (perhaps you’re taking time off or have appointments) choose a simple line to give just enough information to people you don’t want to know. Something as simple as “I’m having some tests done” could be enough. Or it might be too much and you can just say, “Doctor visits”.

“You might feel like you’re on an emotional rollercoaster and, if you’re having hormone treatments, these emotions will be even more exaggerated. So ensure you have enough support outside work (or with a close friend you can trust) so you can get things out of your system safely while maintaining your professionalism and keeping colleagues’ curiosity at bay”.

How can I minimise my risks at work?

It can be difficult to share the news you are trying for a baby with your employer, but if you feel that there are elements of your working day which do pose a risk – the handling of certain products, exposure to certain chemicals, etc. Then you should take immediate advice from your HR department, union rep or line manager.

Your medical team will have no doubt asked you about your working environment, but be sure to flag up any worries you might have about specific risks with them. Do not be embarrassed or fear you are making a fuss – if you have a concern, you will feel better and less stressed for airing it!

Editorial Team
Fertility Road aims to inform and inspire in a manner which is honest, direct and empathetic. Our worldwide expert writers break down the science and deliver relevant, up-to-date insights into everything related to IVF.
PrevHow Digital Technology Can Reduce Fertility Anxiety
Is Egg Freezing The New Fertility Insurance Policy?Next