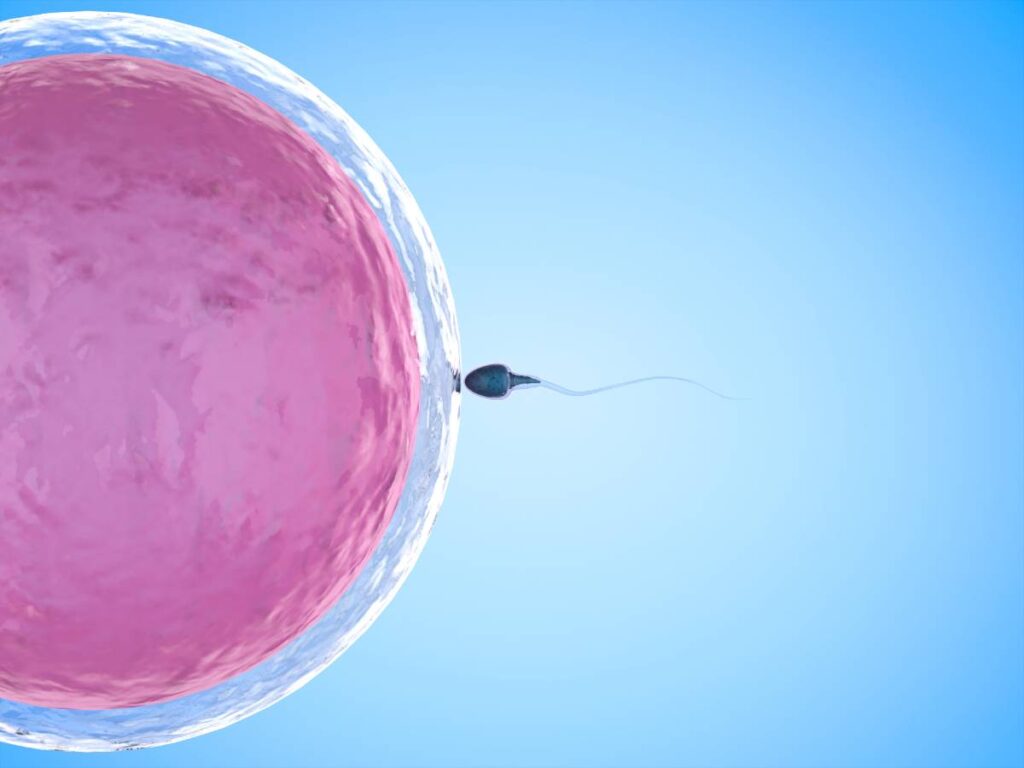 Recently, there has been an increased emphasis on the evaluation of sperm quality. Much of this has been due to a growing realisation that a sperm or semen test is actually of limited value. Sperm, in essence, acts as little more than vehicles by which DNA is carried from the male to the female egg.

Only very few make it to their goal, and along the way, a potentially damaging process is undertaken, where the protein blocks designed to protect the sperm can very often fail, leaving DNA susceptible to damage and at risk of becoming fragmented.

There have been significant recent studies into DNA fragmentation, and I have outlined below the latest findings into an area of fertility previous not given the attention it perhaps deserves.

Historically, infertility has been a problem that was believed to originate solely from the woman. About 300 years ago, people were pretty sure that “what father does is always right!”

The Dutchman Nicolas Hartsoecker was one of the first to look at a sperm sample under the microscope. He drew a ‘Homunculus’, a small child in the head of the sperm cell, and the belief was that anything produced by the man would have to be perfect.

This example tells us that one of our problems when trying to understand new research is our entire perception of the problem! Thus, approximately 75% of all women believe that it can only be the woman that is the problem when a fertilised egg does not implant in the uterus.

And that is despite the fact that nowadays most men are aware of the fact that sperm quality can be a problem. Indeed, in approximately every fourth childless couple, the reason for the involuntary childlessness is DNA fragmentation in the sperm cells. The vast majority of these men have normal sperm quality, the problem being that you cannot see when the genome (the DNA) is not packed properly in the sperm cell.

The concentration of sperm cells can be fine, they are swimming properly and can easily fertilise the egg. However, the fertilised egg is still doomed to perish.

The reason for this is that the genome from the sperm cell has been damaged (fragmented) during the long journey to the egg. The egg might be able to carry out small repairs of the sperm cell’s DNA, but major damage is fatal for the further development of the egg. In other words, the woman’s eggs might be perfectly fine – but with a fragmented genome in the sperm cells, the fertilisation will not result in a viable foetus.

The most extensive study carried out so far regarding the significance of DNA fragmentation in sperm cells was conducted by Mona Bungum at Malmø University Hospital and was published in 2007 in the journal Human Reproduction. The study was based on 998 treatment cycles, where the couples received either IUI, IVF or ICSI treatment. Mona showed that the DNA fragmentation index (DFI) was above 25 for approximately 27% of the infertile couples in her study.

At this level, it is basically impossible to get the wished-for child through IUI treatment. For approximately 5% of the couples, the DFI was above 50. At this level, IVF treatment will not have the desired result either. In other words, this is a very frequent problem. It’s also something of a hidden problem because when the fertilised egg starts splitting, the first breaks take place without any influence from the genome of the sperm cell. Not until there are eight cells does the egg start drawing on information from the sperm cell.

The process of developing a small child lasts through the first three months of the pregnancy, and during that period the process can be likened to reading a small manual: ‘How to make a baby’, if you will. Half the pages of this manual come from the egg and the other half come from the sperm cell.

The manual might have 300 pages, and all pages have to be intact in order to get the desired result. But what if page 28 or 268 has been torn (fragmented)? What happens then? The answer is that if page 28 is damaged, the development of the egg stops early in the process.

The egg might have looked fine when the fertility specialist inserted it in the uterus, but after a short while, the development stalls, and the egg does not implant.

Thus, in some cases, DNA fragmentation in the sperm cells can be the reason that biochemical pregnancy is achieved and then later lost. By the same logical process, if page 268 in the manual is damaged, the DNA fragmentation will result in an abortion later in the pregnancy.

Damage to the genome does not always result in the development of the egg stalling. In some cases, the egg can repair the damage to the DNA of the sperm cell, but much new research indicates that faults are not always repaired properly. This means that some children can be born with genetic damage caused by DNA fragmentation in the sperm cells – for example, disorders such as autism or schizophrenia.

A group of American researchers under the leadership of Andrew Wyrobek discovered in 2006 that if the man is 48-years-old or older, there is a 50% likelihood that he can no longer fertilise a woman. The group of researchers found out that this is, amongst other things, caused by DNA fragmentation in the sperm cells, which increases as the man gets older.

It therefore cannot be ruled out that a man who has produced children in a previous relationship is now infertile due to DNA fragmentation of his sperm cells. The fact that the same man apparently has a normal sperm quality and quantity, and the fact that the woman has achieved a biochemical pregnancy, do not exclude the reality that the problem exists in the sperm.

When Nicolas Hartsoecker looked under the microscope in 1695, he was sure that all fertility problems must be caused by the woman, but we know now that the situation is somewhat different. More than 300 years later, the reason for involuntary childlessness can just as often be found in the man as in the woman. And we shouldn’t be surprised. The sperm cell is, after all, up there with the most fragile cell in the entire human body. If the genome is packed poorly and is damaged (the reasons for which can be found on the right in the fact box), the sperm cell is most likely doomed.

There is a lot of progress in DNA fragmentation research involving sperm cells at the moment, and even though it seems that men are not what they used to be, there is some underlying good news. In many cases, the packing of the genome can be improved if the cause is treated. Where this cause is and how it comes about requires greater investigation, but we know it takes at least three months before any advancement can be detected.

Although definite progress for patients is slow, research in this field within the labs continues at great speed, and there is a considerable promise that the years to come will offer a new world of information and optimism.

Facts regarding reasons for genome in sperm cells being packed poorly, resulting in the possibility of DNA fragmentation:

THE PHYSICIAN CAN EXAMINE AND TREAT YOU FOR THE FOLLOWING:

Varicocele: Abnormal enlargement of the veins from the testicles.

WHAT CAN YOU DO?

The normal temperature of the scrotum is 33.3ºC and can be increased for many reasons. Avoid hot baths or spa. Avoid tight underwear and pants. Place the portable computer on the table instead of on your lap. Turn down the heat in the car seat. High fever, for example in connection with flu, can also cause problems.

Smoking: Quit smoking, if you can.

Maintain a healthy diet. Weight loss is a good idea if your BMI is above 25. Changes in the diet can also reduce hyperinsulinaemia and result in better packing of the genome in the sperm cells.

Many medicines cause problems. If you are taking medicine, you should inform your fertility specialist of this. Cholesterol reducing medicine, stomach ulcer remedies and antidepressants have a well-known negative effect. Regarding many types of medicine, we currently do not know whether they affect the packing of the genome in the sperm cells.
Mobile phone:

Radiation from mobile phones causes problems. When you have it on you, it should be in your breast pocket and not your trouser pocket.

WHAT IS DIFFICULT TO CHANGE?

Already having had children, unfortunately, provides no guarantees that problems won’t come about in future.

Air pollution, pesticides plus various chemicals can cause problems. Always adhere to safety precautions when dealing with chemicals and pesticides. Remember to rinse vegetables and wipe off fruit.

Recently, there has been an increased emphasis on the evaluation of sperm quality. Much of this has been due to a growing realisation that a sperm or semen test is actually of limited value. Sperm, in essence, acts as little more than vehicles by which DNA is carried from the male to the female egg.

Only very few make it to their goal, and along the way, a potentially damaging process is undertaken, where the protein blocks designed to protect the sperm can very often fail, leaving DNA susceptible to damage and at risk of becoming fragmented.