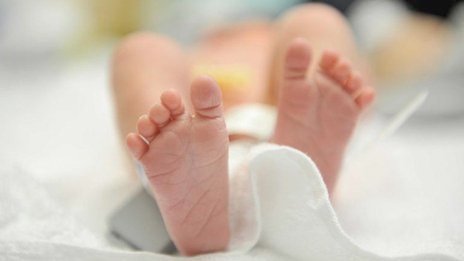 The UK has moved closer to becoming the first country to allow the creation of babies from three people.

The Human Fertilisation and Embryology Authority (HFEA) has advised the government that there is no evidence the advanced forms of IVF were unsafe.

The fertility regulator’s public consultation also showed “general support” for the idea as the benefits outweighed the risks.

A final decision on whether to press ahead rests with ministers for this new science dubbed three person IVF.

If the techniques were approved it could help a handful of families each year.

Around one in 6,500 children develop serious “mitochondrial disorders” which are debilitating and fatal.

Research suggests that using mitochondria from a donor egg can prevent the diseases.

However, it would result in babies having DNA from two parents and a tiny amount from a third donor.

Concerns have been raised both about the safety and the ethics of creating such babies.

The results of a public consultation at the end of 2012 showed there was support for the idea.

Prof Neva Haites, who was on the expert panel supervising the consultation, said:

“Broadly speaking the public was in favour of these novel techniques being translated into treatments.”
“They felt that any ethical concerns were outweighed by potential benefits.”

One of the main issues raised was of a “slippery slope” which could lead to other forms of genetic modification.

Mitochondria are the tiny biological power stations that give energy to nearly every cell of the body.

Defects can leave the body starved of energy, resulting in muscle weakness, blindness, heart failure and death in the most extreme cases.

The cigar-shaped mitochondria are passed only from mother to child. A father does not pass on his mitochondria through his sperm.

Scientists have devised two techniques that allow them to take the genetic information from the mother and place it into the egg of a donor with healthy mitochondria. It is like taking two fried eggs and switching the yolks.