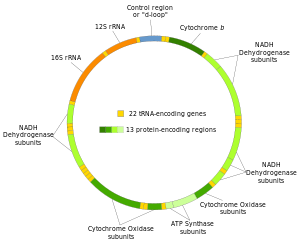 The conception of children who share the genes of three parents could be one step closer to reality.

Last week the the Human Fertilisation and Embryology Authority (HFEA) in the United Kingdom recommended that the British government legalize nuclear transfer techniques for parents to conceive children by in-vitro fertilization using donor eggs in order to avoid passing on the mother’s own mitochondrial DNA.

Many severe disorders, such as cystic fibrosis, are passed from mother to offspring through the mitochondrial DNA. Mutations in the genes of the mitochondria have also been found in connection with many kinds of cancers. Nuclear transfer would offer prospective parents a way around the dilemma.

The procedure would involve methods similar to the one I wrote about late last year being tested by Dieter Egli at the New York Stem Cell Foundation.
According to Jessica Griggs writing in this week’s New Scientist, there are two different methods being considered by the HFEA in the UK.

One is being pioneered by Shoukhrat Mitalipov at the Oregon National Primate Research Center in Beaverton. His method involves inserting the nucleus from an egg with faulty mitochondria into a donor egg that has had its nucleus removed. A second method spearheaded by a team at Newcastle University in the UK involves transferring the nucleus of a fertilised egg into an empty donor egg.

If either of these procedures is approved, then children thus conceived would in effect have three parents: the nuclear genes from the father and mother, and a small percentage of DNA from the donor’s egg cell mitochondria (which has 37 genes).

The HFEA has advised the government to legalise the treatment, but only in licensed clinics. It also recommended that follow-up research takes place on children born using the new techniques, and that the donor should be thought of in the same way as a tissue donor, meaning they would have no rights over the child.

The bioethical challenges are not insignificant.

So what of the idea that the techniques mean children have three parents? It is “misleading, inappropriate and unhelpful”, says Hugh Whittall, director of the Nuffield Council on Bioethics in London, which last year reviewed the procedures from an ethical standpoint. This is because the donor’s mitochondria would contribute just 37 genes to the child, compared with more than 20,000 from the parents. That’s a negligible amount, and far less than you would gain from a blood transfusion or organ transplant.

Others on this side of the Atlantic are not so sure.

Marcy Darnovsky, executive director of the California based Center for Genetics and Society, says legalizing such a technique would be way beyond going down the slippery slope.

“This one actually throws us off a cliff,” she told CBS San Francisco’s Kim Mulvihill.

Such concern is understandable, given that here in the US, the IVF industry is notoriously unregulated as it is. Indeed, one Catholic bioethicist told me that in comparison to Europe, “It’s like the Wild, Wild West.”