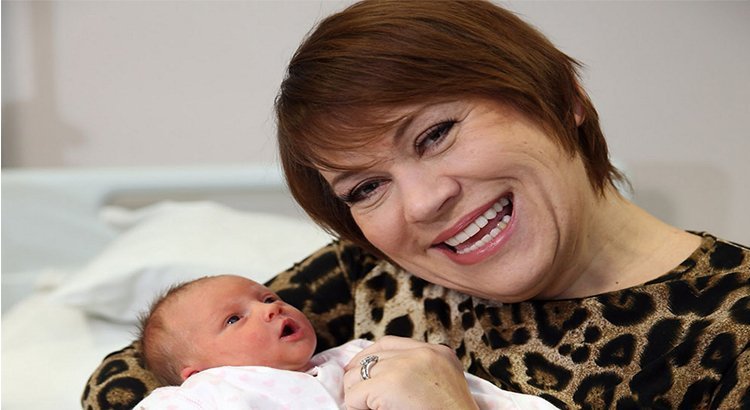 Tina decide on Egg Donation and IVF Treatment to conceive her second child
If there’s one topic bound to get the moral guardians all of a fluster, it’s the question of what exactly is an acceptable age for a woman to have a baby.

Whilst teen mums are vilified in the media as irresponsible scourges of our ailing benefit system, older mums are often seen as selfish, desperate types who have foregone their ‘natural’ child-bearing years for the sake of a career or even worse… a good time.

Luckily, actress Tina Malone has seen it from both ends of the spectrum. She gave birth to her first daughter Danielle when she was just 17, then had her second, Flame, at 50, thanks to IVF and egg donation. She describes, in emotional detail, her journey to become an older mother in her new book Back In Control.

“I have to be honest with you. I’d say only about five per cent of people have criticised me or have called me selfish. Are those people entitled to their opinion? Absolutely!”

The Liverpudllian mum, who’s best known for playing the outrageous Mimi Maguire in Channel 4’s Shameless, reckons she is old enough and wise enough to take any criticism very squarely on the chin.

“I have to be honest with you. I’d say only about five per cent of people have criticised me or have called me selfish. Are those people entitled to their opinion? Absolutely!” she chuckles in her trademark, throaty tones. “But do I give a damn? No!”

Luckily Tina is in good company. The number of babies being born to women over 40 have more than doubled over the past 20 years, and more than five million IVF babies have been born since Louise Brown in 1978.

Although Tina says she is still pre-menopausal, she chose to have IVF and egg donation on her consultant’s advice. She and her husband Paul, who is 20 years her junior, travelled to Cyprus to a private clinic for the treatment and then went on to have baby Flame at an NHS hospital in Liverpool, where she says her experience was “absolutely phenomenal”. Tina says she was realistic about her chances of having a successful pregnancy, but both she and Paul were overjoyed to discover that IVF had worked first time.

“I actually knew the day after I’d had the IVF that I was pregnant. I just felt it in my boobs within 24 hours. They tell you not to test for 10 days but I did the pregnancy test six days in and I got told off by my doctor!”

Tina is, however, the first to admit that IVF wasn’t a decision that she and Paul made lightly, and she practically transformed her body in order to get ‘baby ready’, shedding an astonishing 11 stone to make sure she was in the peak of physical health.
“I’m not saying at 50 years of age every woman should run out and get pregnant. I took two years to get ready. I didn’t do it to keep my young husband; I did it because I really wanted a baby.

“If it didn’t happen, we are still secure and in love. If it did, then great! I gave up the cigarettes, I gave up the chocolates, I dieted and lost all that weight. I handed my notice into Shameless. We planned it. I didn’t do it on a whim – we looked at everything from surrogacy to adoption to egg donation.”

Although Tina and Paul opted for egg donation in the end, she does reveal she was initially concerned that Flame wouldn’t feel like ‘her’ baby.

“But then I realised I feed it, I bring it into the world, it’s my blood running through its veins via my placenta…. And since then I have learnt about something called epigenetics.

“Recent research,” she continues, “has discovered that when egg donor babies are born, the baby very often looks like the birth mother. They now believe that once the eggs are put into you, the cells grow and develop into DNA, so the whole nature versus nurture argument isn’t quite so clear cut.”

Tina now finds herself in the somewhat unusual position of being “a poster girl for IVF” as she calls it. She recently made a documentary for the TLC channel about her journey to become a mum at 50 and has even taken her battle to the House of Commons. The current NHS cut-off age for IVF has just been increased from 39 to 42 but Tina believes that improvements can still be made.

“I went to see the Conservative MP, Nadine Dorries, to discuss the issue of IVF. First of all there is a stigma – people whisper the word ‘IVF’ as if they are saying syphilis! But every single person I know knows someone who’s had IVF. Be it a friend, colleague or sister. It’s just so common. Secondly, it’s basically a postcode lottery. If you are living in a low income area where there is a lot of poverty, a lot of drug problems, there is often very little money left over for something like IVF. You can’t get an exact figure on the cut-off age… some local authorities cut off at 36, 38, 42. It’s bizarre. Even when I pinned Nadine down to try to get an exact age, she wasn’t quite 100 per cent sure.”

One of Tina’s biggest fertility bugbears is that while women’s lifestyles have changed enormously over the past few decades, society and the medical profession’s attitude towards older mums have stayed stuck in the past.

“Thirty years ago,” she says, “the average age of a woman giving birth was 23. It’s now 33. My argument is that women are now more driven academically, they are more career-focused, they’re more in control of their lives. They are maybe making better choices and road-testing a few partners!

“Maybe you aren’t meeting someone until your mid- to late-thirties. So what happens? You meet someone, save for a few years for a deposit for a house, then you decide to go for a baby.

You try for a few years and nothing happens. You are then touching 40 and the cut-off point is 42! And yet you have worked, you have tried to make a life for yourself and all of a sudden you find someone saying ‘You know the system you have worked for and paid into?

Well you aren’t entitled to IVF, you are too old.’ My argument is it should be up to 45.”

Tina is obviously undaunted by becoming a mum in later life and had a refreshing insight into the difference between motherhood as a young teenage mum compared to that in more advanced years.

“It’s sheer bliss now. I’ve always said that the one thing I had in common with Margaret Thatcher is we only need four hours’ sleep a night and that’s where the similarities end! But I’m so happy. In fact I am sometimes guilty of picking my baby up and cuddling her when it’s not strictly necessary.

I still put my make up on… I’m still writing, travelling, filming, we even filmed the birth for the documentary! I haven’t had a day off.

“The only pro to having my first daughter Danielle so young was the very fact that when you are young you are fearless and blinkered. You aren’t aware of cleft palettes, or Down’s or stillbirths. Nowadays, if you read too much of the conjecture that’s on the internet you become very paranoid about it. When you are 17 you are worried about getting back with your fella, or what you are going to wear, or if you have a date next week.

“I’m 51 and very happy with myself. I have many flaws but I am aware of them and I don’t try to conceal them. Before I was a kid with a kid. But I did a good job. My older daughter is beautiful, intelligent and successful. She’s an actress and has never signed on in her life.

“But now I am more secure. I am with a wonderful man and have a nice home, and I am just more comfortable with myself. I am physically and mentally in a better state. I’m not morbidly obese anymore and I’ve been sober for 15 years. Even my birth experience was phenomenal – I was up six hours after the c-section having a shower. I did get pre-eclampsia before the birth but you can get that in your twenties or thirties.

“I was confident, I wasn’t scared and my age was totally and utterly irrelevant.”
And as a last retort to the critics, Tina says she would even consider having another baby.

“I’m not fazed by any controversy. If we do have another, it will certainly be within the next few years. I don’t believe in getting pregnant at 60. I think really for me, in my opinion, 55 would have to be the absolute cut-off age. There are no major diseases in my family. I think you have to look at your genetics and all the things that beat our bodies down. I’ve got my body better. I’m a fine wine, me… I’ve got better with age.”

Editorial Team
Fertility Road aims to inform and inspire in a manner which is honest, direct and empathetic. Our worldwide expert writers break down the science and deliver relevant, up-to-date insights into everything related to IVF.
My egg donor journeyNext

Gamete donation The landscape of family building, pregnancy and conception has changed dramatically in this century. Over the past 30 years, the number of births 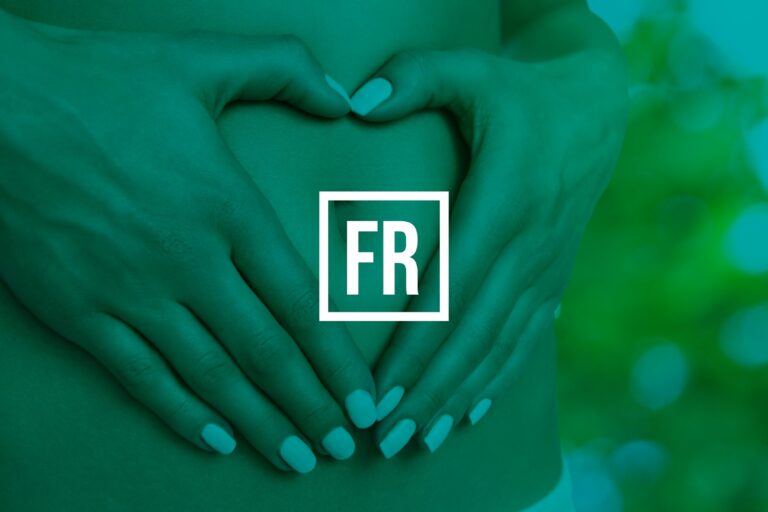 Looking ahead – Questions and answers In the first two parts of this three-part series, we explored decision making around donor conception and then what 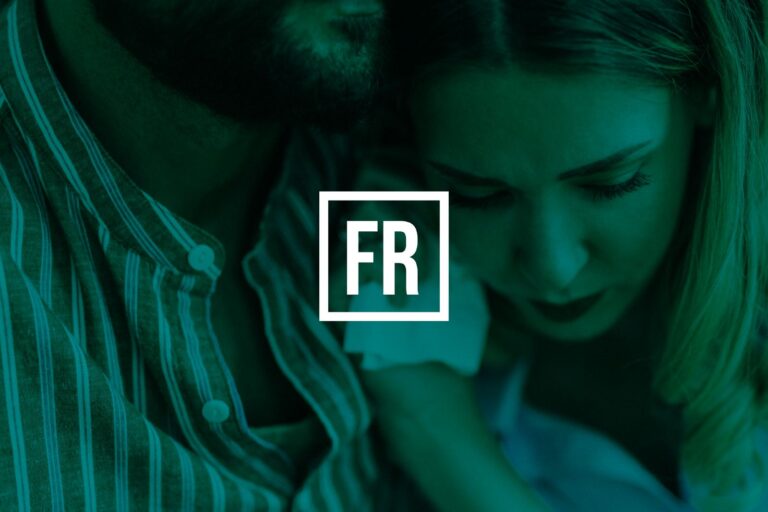 Clare: Welcome both and many thanks for talking with Fertility Road about this vital topic. For many fertility patients who are considering taking the donor