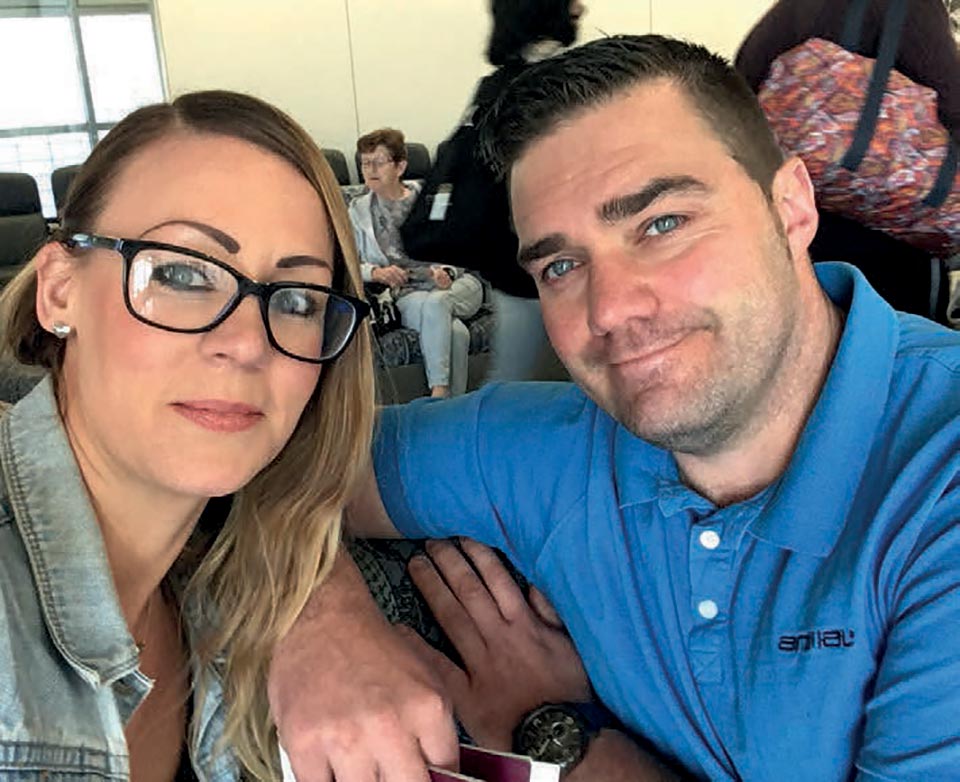 Once more IVF Spain are proud to be part of this wonderful initiative created by Fertility Road Magazine, whose aim is to help couples that wish to become parents by covering the cost of the best possible treatment in the best clinics so that the patients can achieve their dream of becoming parents.

We are happy to announce that we have selected the couple that will start this beautiful journey with us in 2017. Kathryn Hobbs and Richard Clement are an adorable couple that, even after years of failed attempts and frustrated hopes and dreams, has not given up and has decided to trust us in their journey to parenthood.

During our first conversation with the couple, we asked them how they’ve dealt with infertility and what drove them to take part in this year’s Fertility Journey. 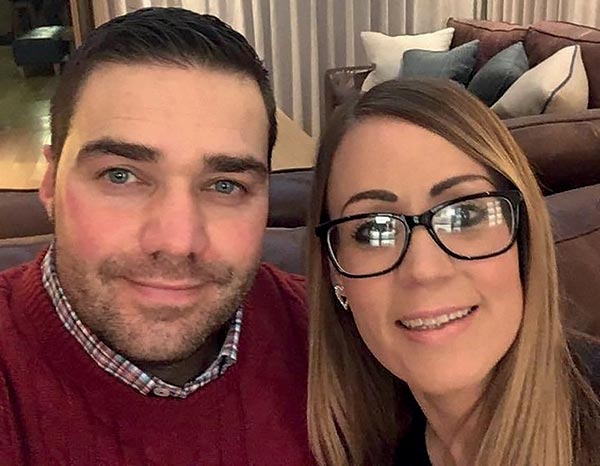 Tell us a little bit about yourselves and how you met?

We met on an online British dating website called Plenty of Fish. We met on a blind date just over four years ago and have been together ever since!

When did you decide that you wanted to be parents?

I’ve always wanted to be a mummy but was in a few relationships that didn’t work out. When I met Richard, I knew that I wanted him to be the father of my child. He would make a perfect dad and he loves children too. My brother has three children who we both treat as our own.

How long were you trying to get pregnant before you sought medical treatment?

I already knew when I met Richard that I was unable to conceive naturally as I’d had a laparoscopy performed upon me 2 years prior to meeting him. When I met Richard, I’d been single for a while and desperate to become a mum so I made an appointment at the local fertility clinic to offer myself as an egg donor with a view to receive donor sperm and become a single mum. I was desperate.

Through the tests that I had, I discovered that I had a very rare chromosome arrangement- a ‘Balanced Translocation’ of chromosomes 4 and 12, which included an inversion on chromosome 4. I was told that I was not a suitable candidate for becoming an egg donor and that I would need to receive PGD/ PGS treatment to have any possible success at becoming a biological mum.

I was told at the time by the genetic counsellor that I was the only person they’d met with my chromosome arrangement. As you can imagine, I was devastated by this!

After I met Richard I reluctantly felt that I needed to inform him of my desire to have a baby. This was after a few weeks of meeting and we have been trying to become parents ever since. He has been my rock throughout all of this. It’s been a stressful few years.

What fertility treatments have you done in the UK?

We have had one unsuccessful PGS cycle followed by 3 PGD cycles. In total we had 85 eggs collected, 58 embryos formed and only 2 ‘chromosomally normal’ embryos. I got pregnant following my first transfer, which was on my second cycle, but this one sadly ended in a missed miscarriage, which I discovered at my 12-week scan. Our other ‘normal’ blastocyst didn’t implant.

Which moments have you found most difficult in this journey towards parenthood?

The news of discovering that I have a Balanced Translocation; The travelling back and forth to London from Wales for treatment; The lack of chromosomally normal blastocysts formed; The waiting between cycles and stages of the treatment; The miscarriage after seeing the heartbeat twice; The fact that two of the cycles had no suitable embryos. The list goes on and on and on.

What made you apply for this year’s Fertility Journey?

The acceptance that we would never have a biological baby together led me to apply as it feels like the closest I will ever get to being a mum to a new-born baby. I’m 40 in 14 months and feel like my life is slipping away. I feel like I have now mourned the loss of our baby and am ready now to go down this new exciting route.

What piece of advice would you give to other couples that are going through similar situations as you?

Don’t give up I guess. I hope that this is the advice that I will be saying to myself in the near future.

Kathryn and Richard will be travelling to Spain in May for their consultation at IVF Spain. During this visit they will have the chance to meet our doctors and specialists in assisted reproduction and fertility such as Dr Jon Aizpurua, founder of IVF Spain and a gynaecologist of vast experience; and Dr Natalia Szlarb, medical director of IVF Spain.

The patients will also experience first-hand the personal and warm treatment that we offer all our patients and in their own language of course, so they feel as comfortable as possible.

They will also receive aid from our foundation which will cover the cost of their consultation, the tests they need and the exclusive egg donation treatment that Kathryn will undergo.

At IVF Spain, we are aware of the great number of difficulties that sometimes underlies the trip to parenthood.
Many couples dream of having a family but due to their fertility problems they cannot fulfil this dream, which puts them under a lot of stress and makes them deal with a great emotional load.

This situation, which nowadays many couples face, sometimes is accompanied by financial difficulties that make it hard for the patients to opt for an adequate fertility treatment.

With the aim of helping all these people accomplish their wish of becoming parents, we started the IVF Spain Foundation, which focuses all its efforts in supporting and helping finance the treatments of those with fertility problems and limited financial resources.

For the last four years we have supported the Fertility Journeys initiative with Fertility Road magazine, since they share the same principles on which the IVF Spain Foundation is based.

At IVF Spain, we are specialists not only in egg donation treatments, all anonymous by law, but also in complex cases such as that of Kathryn and Richard.

Whether the case is about repeated miscarriages, implantation failures or genetically or immunological issues, we have developed protocols that allow us to reach success when facing these diagnostics.

This is possible thanks to the fusion of the most advanced technology with the experience of the best professionals in the field of assisted reproduction, which has yielded the highest success rates, even in the most complex cases.

We are proud of being able to help Kathryn and Richard to write the next chapter of their lives, in which undoubtedly, we will put all our love, experience and professionalism so that this story has the happiest of endings.

Editorial Team
Fertility Road aims to inform and inspire in a manner which is honest, direct and empathetic. Our worldwide expert writers break down the science and deliver relevant, up-to-date insights into everything related to IVF.
PrevDonor Egg IVF with genomic screening
Colorado Center for Reproductive Medicine (CCRM) join our Fertility JourneysNext