The ART of Male Fertility Testing 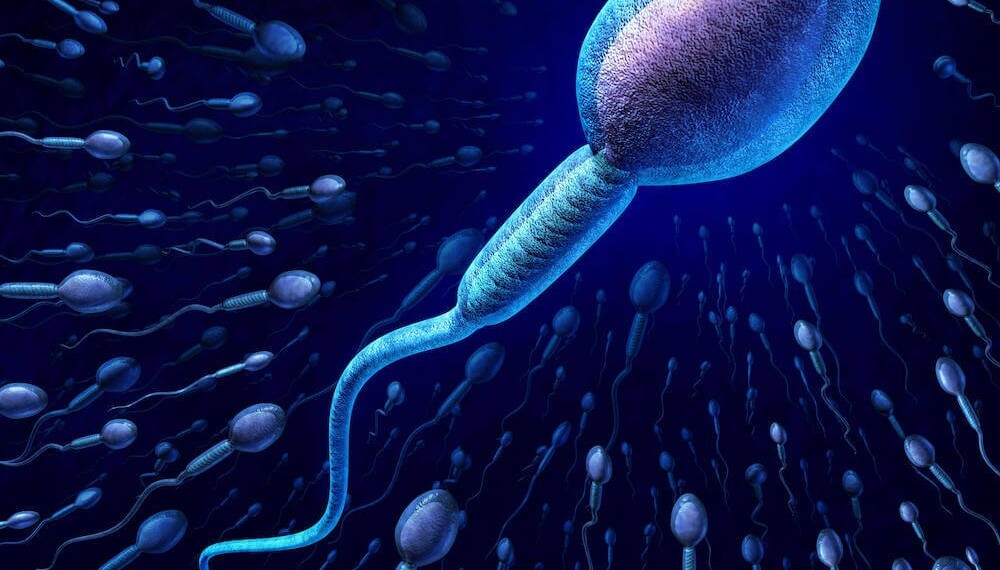 When it comes to fertility problems, it is a sad fact that some GPs, will go gung-ho into investigating the female partner, whilst the male is often left on the side-lines with no investigations. As a result, he may watch whilst his wife has numerous blood tests to check her various hormone levels throughout her menstrual cycle; some women are even admitted to hospital to have their Fallopian tubes checked out, to ensure they aren’t blocked, and this is all before the man has any questions raised about his fertility status!

Yet, nowadays, fertility problems are attributed more or less equally between the male and the female. Therefore, one of the first tests to perform for a couple who experience trouble conceiving is a semen test for the man. Please note, this is called a ‘semen test’, rather than a ‘sperm test’.

Yes, we will be looking for sperm – after all we need to find sperm so that we know there is a chance of this cell fertilising an egg. However, a semen test is so much more than just looking for sperm, as I’ll explain later.

If this is the case, then condoms can be used, to obtain the semen sample by sexual intercourse. However, use of a condom can cause complications; firstly, it is important to check that the condom material is not toxic to sperm, and secondly, much care is needed to ensure that the sample isn’t contaminated by any other cells during the withdrawal process, such as cells from the vagina, as these may affect the sperm.

There is also the question of whether the man should produce the sample ‘on-site’ at the clinic, or whether he should produce it ‘off-site’, for example at home. Specialist fertility clinics usually have specific rooms for on-site production, although the quality of the room is variable. Oddly, the name for this room also varies, from the basic “Male production room” to the more Latin-sounding “Masturbatorium” (this word has made it into Google’s Wiktionary but has yet to be included in the Oxford English Dictionary!).

There are many advantages to producing a semen sample on-site, since the environment and timing can be better controlled. Ideally the specimen container should be pre-warmed to body temperature (37C) and then placed into an incubator at the same temperature immediately after the sample is collected.

Off-site production inevitably runs the risk of variations in temperature during the journey to the clinic (may be not so much in the recent summer heat-wave, but certainly in during the colder months. There is also the time-factor to consider: the semen needs to be analysed within 60 minutes of production, to ensure an accurate assessment of the swimming ability of any sperm. Many clinics will reject a semen sample if it arrives even 1 minute later, which can add to the stress for the man who produces ‘off-site’.

Once the sample is safely in the andrology lab, the semen analysis can begin. The first test is to assess the colour, which optimally should be an opalescent grey. An opaquer sample may indicate a low sperm count, whereas a more yellow sample may indicate a possible infection, jaundice, or that the man may be taking some form of drugs. A reddish-brown colour usually indicates that red blood cells are present. In this case, it is essential to check how this might have been caused – was it by the masturbation process, or is the man’s natural ejaculate colour? If the latter, then further testing should be sought as soon as possible to rule out any internal problems with any of the reproductive system or the prostate.

We then test the volume of the ejaculate. In 2010, the World Health Organisation (WHO) stated that the lower limit of fertility was a volume of 1.5ml. This means that if the volume of the sample is less than 1.5ml, then there could be a problem. If a man produces an ejaculate with a small volume or even no volume at all, then retro-ejaculation is a possibility.

Retro-ejaculation is a condition where, at the point of orgasm, the semen passes backwards into the bladder rather than out of the penis. It should be noted that this is a rare condition, affecting <1% couples undergoing fertility investigations, and is more common in men who have had prostate surgery, suffer from diabetes, or take medication for high blood pressure.

The next parameter to be tested is semen pH, a test of alkalinity and acidity. Semen is made up of secretions from various glands which support the sperm when it is deposited at the top of the vagina during intercourse. Secretions from the prostate are acidic, whilst those from other glands, such as the seminal vesicles, are more alkaline. If there is an obstruction or problem with any of the ducts, then this can affect the pH.

Semen should be slightly alkaline (above pH7.2). However, sample pH increases with time from production, as the sample is exposed to air in the container. This is another reason why it is important to control the time from production to analysis. If the pH is too high, then this could indicate an infection, possibly due to decreased secretions from the prostate.

The final test that is performed, before looking down the microscope, is the liquefaction and viscosity of the sample. The reason Mother Nature made semen viscous immediately after ejaculation, is to keep the semen within the vagina to allow the sperm to start swimming towards the egg. The medical term for the semen at this stage is a coagulum.

If it wasn’t viscous coagulum, the semen would immediately fall out after intercourse! A normal sample should liquefy within 30-60 minutes, although liquefaction is often completed within 20 minutes. If a sample doesn’t liquefy after 60 minutes, this could compromise sperm motility, hence the importance of the test.

At the same time as assessing liquefaction, the general consistency of the semen is also assessed for anything unusual, such as the presence of crystals. These could be caused by uric acid, but if crystals are present, regardless of the cause, then further investigation by a urologist is recommended, as ejaculation may also be painful.

The Shape of Sperm

In fertile men, and even super-fertile sperm donors, the majority of sperm are not the correct shape. The WHO has put a lower limit of just 4% sperm needing to be the correct shape for fertility. The grading of each sperm follows strict criteria, and a full assessment requires the grading of at least 400 sperm. Of particular importance is detecting if a man just has ‘round-headed’ sperm. This indicates a condition called ‘globozoospermia’, whereby all the sperm lack a sperm cap on the top of the head called an ‘acrosome’. It is the acrosome that is essential for fertilisation, as this helps the sperm penetrate the egg. Even if there are lots of fast moving sperm, if the sperm are round-headed, then natural fertilisation is highly unlikely.

The Movement of Sperm

A sperm needs to swim forward to have a chance of fertilisation. If we consider the journey that the sperm has to make naturally, it is quite an ordeal. Firstly, it has to swim towards the cervix, then through the cervical mucus to enter the uterus. Many sperm are naturally filtered out at this point. The next journey is to find the Fallopian tube and swim through the ciliated cells that line this structure. Fertilisation takes place at the top of the Fallopian tube, where the ovulated egg is hopefully waiting. This progressive movement, termed ‘motility’ is essential. The WHO has put a lower limit of 32% for sperm moving progressively forward to be classed as fertile.
Please note though, even if a sample has no moving sperm, it is still possible to achieve a pregnancy, provided the sperm are alive. There are various lab tests for sperm ‘vitality’. Once a sperm is checked to ensure it is alive, then the assisted conception technique called ‘intracytoplasmic sperm injection’ (ICSI) will be needed to try to achieve fertilisation. The ICSI process is highly skilled, and involves an embryologist selecting the best-shaped living sperm (usually at a magnification of 600x), then carefully picked up into a needle, which has a tip size which is the tenth of the width of a human hair! The sperm is then carefully injected into the egg.

Whilst shape, motility and count are the three main microscopic tests of sperm, there are a multitude of other tests available. These include assessing the level of fragmentation in the sperm DNA, often called a ‘DNA Fragmentation Index’’ or ‘DFI’, which looks at the level of integrity of the genetic components within the sperm. Another test looks at the level of ‘Reactive Oxygen Species’ or ‘ROS’, which gives an indication of the amount of oxidative stress the sperm might be subjected to within the semen sample.

However, caution should be considered when thinking of having these additional tests. They are usually only recommended once the results of a conventional semen analysis are known, and most likely after a repeat semen analysis has been performed to confirm the values of each tested parameter. Before embarking on additional tests, it is recommended that you ask your fertility specialist to explain what the value these test results will bring. This is also important if these tests come at an additional charge!

On a personal note

I have been looking at sperm for over a quarter of a century, so it is fair to say I have seen most scenarios. Like everything in biology, there are extremes. Some men produce a thick sample of semen that contains so many millions of sperm, that there are simply too many to be functional unless they can swim out of the seminal plasma as soon as possible. Other men produce a watery fluid, that is completely void of sperm.

Provided the semen analysis is performed by a reputable clinic, then the results should be accurate and the staff should take time to explain exactly what each result for each parameter means.
With the vast number of assisted conception treatments on offer, there is always a way forward to achieve a pregnancy. And for me, there is nothing better than to receive a call from a patient to tell me his partner is pregnant, even though he had a poor prognosis semen analysis.

The couple will have been given the facts, but fertility has always been an enigmatic area of medicine – after all, it only takes one sperm to make it!

COVID-19 Vaccination And Your fertility

Bryan Woodward is the person responsible at X&Y Fertility, a new fertility clinic in Leicester specialising in male fertility, and low-tech fertility treatments such as IUI and DI. Bryan is co-editor of the book ‘Male Infertility: Sperm Diagnosis, Management and Delivery’ which covers all aspect of male fertility for professionals and patients.