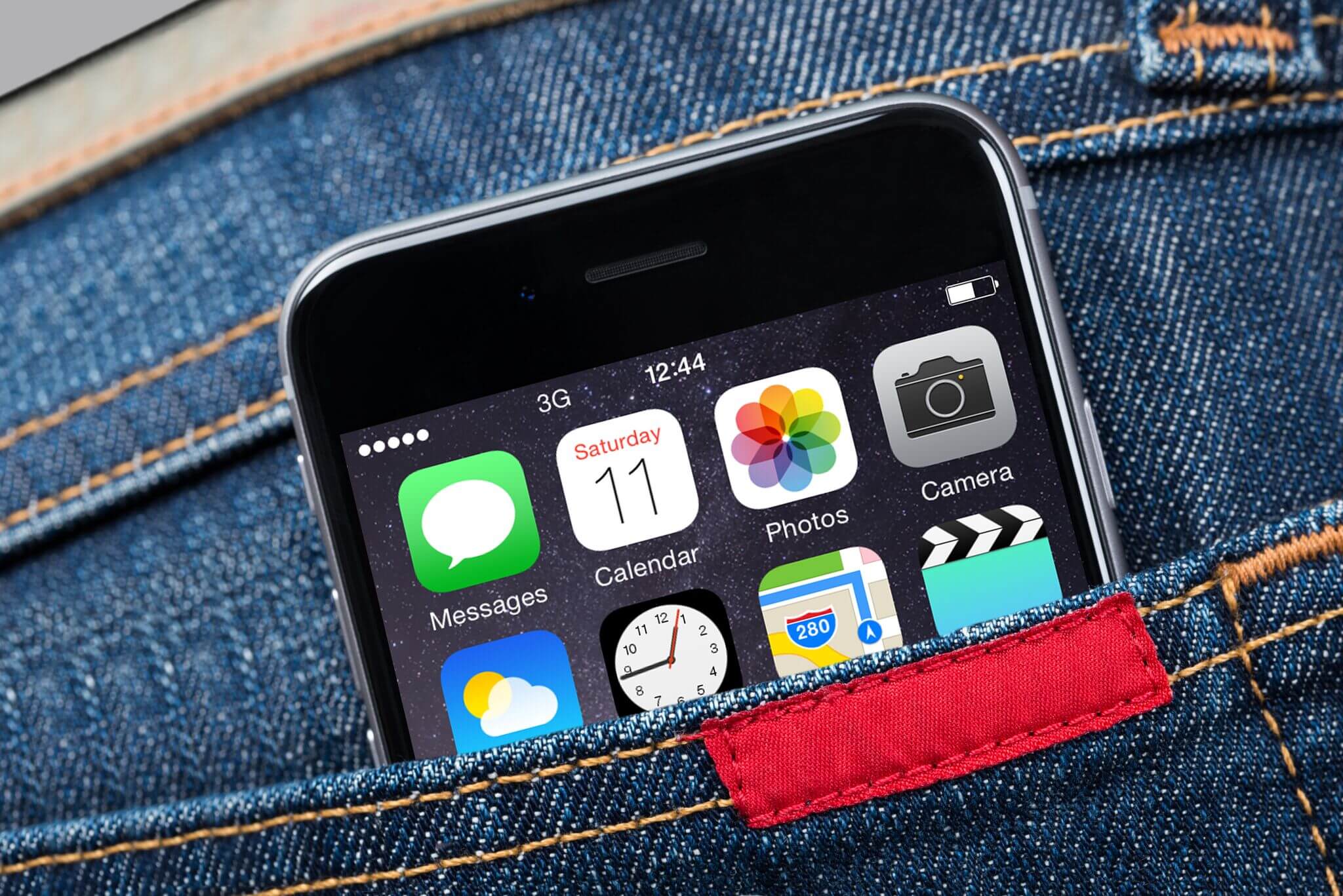 Some things in life aren’t within our control. That can be hard to accept but it’s something you learn quickly when struggling to conceive a child. For men with low sperm counts, it’s common just to write this off as genetic misfortune.

While it’s true that genetics play a big part in a man’s general fertility level there’s a lot more to it than that.

As sperm are produced constantly, maturing over about six weeks, sometimes their levels can vary. There are lots of environmental and other factors that can influence male infertility and men can take a proactive role to improve their fertility by tackling some of the common obstacles which have a negative effect on their fertility.

Sperm count and other fertility factors

Sperm count is sometimes used as a catch-all to describe the general state of a man’s fertility. Sperm is only part of the ejaculated semen and the count is usually measured by the millilitre. One millilitre usually contains from 20-40 million sperm.

On paper, those numbers seem huge – millions of sperm, but infertility affects 1 in 25 men and each is a deeply personal story.

There are three other important factors in male fertility, that affect what people call the “sperm count” in a general sense. Testosterone levels, sperm viability, and sperm motility all play vital parts in male fertility.

Sperm motility is how well the sperm moves. This has four levels, ranging from not being able to move at all, to a good, strong, forward motion. Sperm that is alive is no good if it only swims in circles. So low sperm motility can be a significant problem.

Sperm viability is essential whether the sperm is alive or dead, and if it can produce a viable foetus. Sperm can be easily damaged or malformed which leads to death. Often the outer membrane doesn’t form properly, killing the sperm. Even live sperm can have defects that stop it from being able to properly fertilise an egg.

For a good fertility level, at least 60% of the sperm needs to be alive, which can be tested using a dye that is absorbed by dead sperm but no live sperm.

What about all the other factors that can cause male infertility?

We’ve seen how much sperm have to contend with and all the ways they need to be up for the job. But what’s stopping them?

Yes, male fertility is to a large extent genetic or affected by uncontrollable forces, such as other illnesses and conditions. Even though sperm is constantly being produced the ranges and issues are hardwired into your DNA. Within those ranges, however, there is room for manoeuvre. Fixing just a few of the non-genetic factors can make all the difference, bringing sperm count and fertility up to healthy and effective levels. Each one might only make a few percentage points of difference, but that difference can add up.

There are lots of things that affect testosterone levels: diet, general health, obesity, and stress.

The general health of the body has a big effect on sperm. Cigarettes, alcohol, and drugs, impair the production of sperm. Obesity has an effect and it’s possible that chemicals in our food and drink does too.

Pesticides and food additives enter the body through our food and are found in our bloodstream. In our water, there can be trace hormones such as oestrogen, the female sex hormone, which inhibits testosterone production.

A good bet for improving testosterone, as well as helping with fertility levels, is to cut out alcohol, cigarettes, and drugs. Switching to organic food and cleaning up the diet, shedding excess weight, and improving general fitness is always a good idea, and definitely, if you are trying to conceive.

Obesity is an increasing problem all over the world and causes issues for fertility too. Not only does it increase the likelihood of erectile dysfunction but it is tied to radically lower levels of testosterone, plus higher levels of the female oestrogen hormone.

Tackling stress is incredibly important. Fertility Road has many excellent articles about mental health and this is key for preparing your body for fertility and your mind for the journey of conceiving. If you are struggling to conceive it can be painful and stressful. Never mind adding the usual work or day-to-day life stress on top.

Stress does terrible things to the body but you can fight it by making time for relaxation, enjoying hobbies, trying mindfulness or meditation, getting out in nature, having enough sleep, exercising which releases stress-busting hormones, and talking openly about your feelings and frustrations.

Another environmental factor is the increasing “electromagnetic smog” of WiFi and mobile phone networks that we live in. Mobile phone radiation has been linked in many studies to male infertility factors.

The scientists behind an Israeli study concluded that mobile phone radiation was “cooking” sperm. It’s the sort of graphic language we don’t expert from scientists but shows the strength of feeling about the subject.

They found abnormalities in sperm rose from 35.7% to 60.9% among men who used their phones for more than an hour a day. Men who kept their phone within 50cms of their reproductive organs had rates of 47.1% abnormal sperm compared to 11.1%.

Mobile phones are especially worrying because we spend an increasing amount of time on and around them. Not only do they give off a small amount of electromagnetic radiation, like all electrical items, but they use significant amounts to communicate with the network. Levels are especially high when charging and when the signal is low.

Another problem highlighted by the Israeli study is where men tend to keep their mobile phones: often in the front trouser pocket or in a holster on the belt. This puts the phone right next to where all that vulnerable sperm is developing. This can be for hours at a time if not all day.

There are many studies looking at the link between wireless radiation and fertility. An Australian review found that 21 studies, out of the 27 selected, showed clear links between mobile phone use and male infertility.

But why? There’s not that much for researchers to go on. We know that mobile phone radiation passes through the body – mobile phone manufacturers calculate and make this information available. It’s thought that the radiation affects and damages cells and DNA as it does so. Sperm is in a vulnerable position. They are not tucked well away inside the body like other organs and are particularly sensitive to heat. And their cells and DNA are being produced and maturing constantly. This might make them particularly susceptible to radiation.

A recent Japanese study exposed sperm to a WiFi router. After two hours 53% of sperm exposed to the WiFi had poor motility, versus 22% that hadn’t been exposed. After 24 hours 23% that had been exposed to WiFi was dead, versus an 8% death rate for the sperm that was not exposed.

That study included a third group of sperm, those that used a radiation shield. This reduced the likelihood of poor motility and dead sperm in all cases. Shielded sperm were 18% likely to have died after 24 hours, representing a big improvement over the unshielded exposed sperm.

What is this radiation shielding? Anti-radiation protection like the phone cases made by WaveWall is independently tested and proven to block up to 87% of mobile phone and WiFi radiation.

Almost all the studies into the link between mobile phone radiation and male infertility call for further studies, and for more in-depth and longer-term work to be done. Instead, huge expansions for the powerful 5G network are underway. This new, untested technology will only increase the electromagnetic smog in our lives.

Put together with all the other threats to male fertility – some decided by genetics and unchangeable, but many environmental and easier to influence – exposure to mobile phone and WiFi radiation could be a deciding factor in fathering a child. New sperm are developing every moment which means changes can be made that could make a real difference. 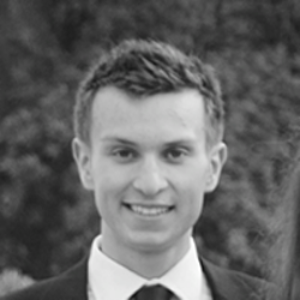 Harry Gardiner
WaveWall was born from our own personal concern on discovering the latest science about mobile radiation and male infertility.
PrevCan Mindfulness and Yoga Help You Cope With Fertility Stress?
Fertility Clinics – the good, the bad and the uglyNext