Fertility 360Joanna and Ryan return to Gennima IVF in to complete their dream... 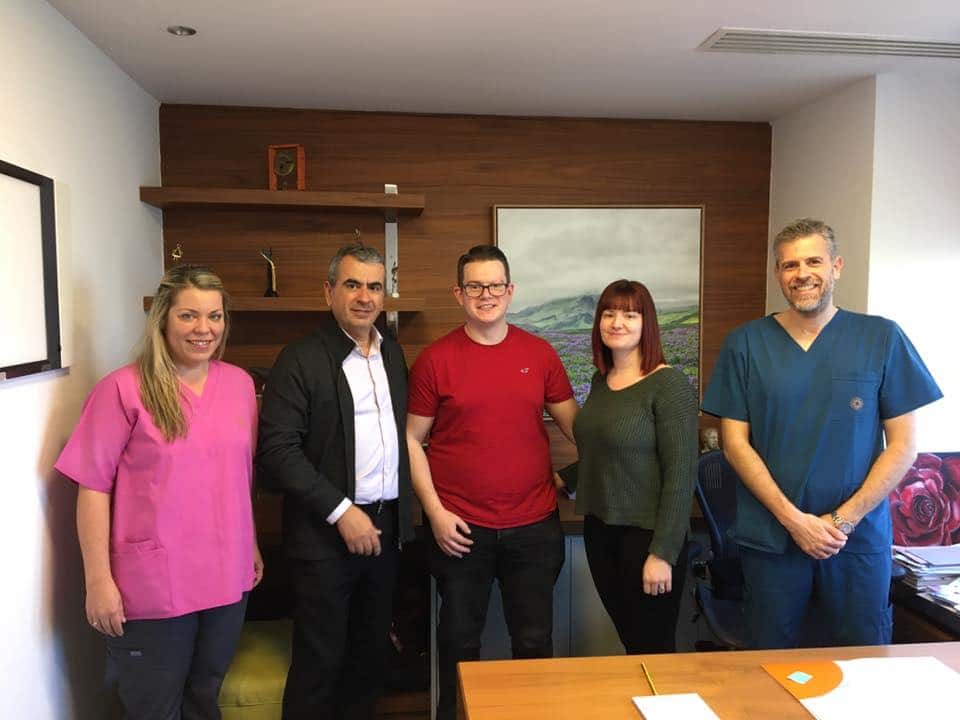 Back in December 2019, Gennima IVF had joined Fertility Road to help one couple fulfil their dreams of having a baby as part of our Fertility Journeys.

After assessing the applications, Dr Evripidis Mantoudis and Dr Stavros Natsis chose Joanna and Ryan.  Faced with the very difficult decision of choosing one couple from so many looking to begin their fertility journey in Athens was never going to be an easy task.

After due deliberation, Joanna and Ryan were chosen and they visited the clinic in January 2020 for Joanna to undergo a hysteroscopy procedure as a uterine septum was identified and corrected.

Joanna had 3 failed embryo transfers following the diagnosis of a blockage in her fallopian tubes and the doctors decided on correcting this issue.

Joanna and Ryan returned to the UK and we’re excited with the prospect of returning to Greece within the next couple of months to start their IVF treatment.

Joanna told Fertility Road “The clinic and all the staff there were amazing. They went into great detail about the whole process, explaining things we had never been told before and they filled us with a lot of confidence. We were made to feel very welcome and special.”

But then the COVID-19 pandemic swept across the world putting the hopes and dreams of thousands of would-be parents on hold. Their dreams of becoming parents would need to go on hold.

As parts of the world went into lockdown The European Society of Human Reproduction and Embryology and The American Society for Reproductive Medicine requested all fertility treatments be suspended with just 3 weeks notice.

As you can imagine this was the most heartbreaking news anyone undergoing or about to start IVF treatment wanted to hear. For many, there was anger, disbelief and despair that their chances of becoming parents were over.

But Joanna and Ryan took a different approach to this news. Yes, they were heartbroken at having their treatment put on hold. Yes, they were unsure of what the future held for them and their chances of becoming parents.

But most of all they had hope!

“To begin with it was tough, we had our hopes set on returning to Greece to complete the IVF and this got postponed last minute which was a little upsetting at the time. We were kept waiting by our travel agent with rebooking the wedding/honeymoon which was a bit stressful as we had no idea what was going on.“

With fertility clinics closed across the world, the couple were left wondering what would happen next. The staff at Gennima IVF kept in close contact with the couple reassuring them that they could continue their treatment once restrictions had been lifted and it was safe to travel.

And the day is finally here. Joanna and Ryan are in Athens in the safe hands of medical and support staff at Gennima.

As we wait to hear more about their treatment we wanted to get to know Joanna and Ryan.

Joanna and Ryan first met in Iceland 10 years ago where they both worked together. Like most couples, they discuss their future plans including starting a family. And although they both come from large families they had their hearts set on having one or two children.

After a couple of years together they had realised that things were not going their way. Their GP referred them for tests which all came back conclusive that they needed medical intervention and were referred to an IVF clinic.

Over the next 3 years, they had 3 unsuccessful IVF cycles. Joanna had her right tube removed and surgery to try and unblock the left with no luck. Ryan had no problems and they decided they would get married the following year.

By chance, they saw a social media post about Gennima IVF offering a free IVF cycle and decided to try the luck and apply.

“We were both speechless. I’d entered several of these competitions before not ever expecting to win so to find out we had been chosen was unbelievable, and we feel very lucky and thankful to be in this position.

We will be following Joanna and Ryan with an update on their visit with their patient diary.