Reproductive health research has shown that society has for a long time believed a false general idea that, fertility is a “woman’s problem.” It has been shown that at least one third of all infertility cases are as a direct result of male fertility issues.

It is highly possible that when a man has a fertility issue, it could end up being the sole reason why a once happily married couple may end up parting ways just because they cannot conceive and have a kid.

This argument means that it justifiably becomes important that men accepted to be tested for fertility just like women find it easy to. It is also indicates that these test need to be done early enough.

Despite that, some men may be too proud or play down the idea of testing their fertility for fear of being embarrassed. This is because, early testing could be an easy and quick way to try and find a solution to the problem, not forgetting the fact that one will be saving their partner emotional discomfort.

The very first thing that any man should consider doing is to take a male fertility test which could be at their doctors, a fertility clinic or his urologist. It is after some physical examination that the doctor will recommend some semen analysis. Here, experts test for both the quantity and the quality of the semen. The doctor will always require the man in question to give a sample of their semen since it is crucial for semen analysis to take place urgently.

It is important for all men out there to realise that despite the fact that this experience could not be the best, one has to realise that the process could help them overcome an unnecessary period of stress and worry.

In the event that the semen analysis indicate normal results , then it is likely that the doctor will recommend a second test which are meant to confirm the results.

Male fertility experts argue that in the event that two semen analysis test come out as normal, its an indication that the man is well and does not have any significant infertility concerns. However, in the event that the results show an irregular trend, the urologist is likely to recommend further tests which may help pinpoint the cause of the problem.

A semen analysis is likely to detect the following:

This is a condition where no sperms are produced, or at times where sperms are not appearing in the semen.

This is a condition where sperms produced are few.

This happens when sperms are not moving normally meaning that they likelihood of a sperm fertilizing an egg are low.

This has to do with both the structure and the form of a sperm which may lead to infertility among the men.

Doctors highlight several reasons that bring about male fertility issues. Some of these are either caused by problems that hinder sperms from normal ejaculation in semen while other factors are known to affect both the quality as well as the quantity of the sperms.

There are a number of well known STD s that give rise to male fertility problems. Some genital infections like gonorrhoea, chlamydia and others are known to cause infertility among men. This can however be solved be treating such infections early enough.

Birth Defects, Blockages and in some cases physical damage

There are a times when a man is born with some form of blockage in the testicle or other forms of abnormalities that are likely to hinder sperms from reaching the semen. In some cases too, physical trauma to the urethra, testicles or even the prostate can lead to male fertility problems. Surgery is the best way to correct such defects.

Here semen does not come out of penis literally. It instead just enters into the bladder. This condition is mainly caused by diabetes, surgery to the bladder or certain form of medications.

This is rare, however a number of genetic illnesses like cystic fibrosis are known to cause male fertility to go down.

At times , the immune system tend to mistakenly target sperm cells by treating them as if they are foreign viruses. This ends up damaging the sperm.

At times a man may experience hormonal imbalances in either the thyroid or the pituitary glands which may cause infertility..

It can also be caused by other medical problems like; diabetes, high cholesterol levels, heart diseases and high blood pressure.

This means that the varicose veins of a man are enlarged, till they end up developing into the scrotum which in this case prevents effective flow of blood.
Some of the other factors that raise Male Fertility concerns include;

Its clear from studies that too much exercise may lead to releasing of excess steroid hormones which affects male fertility.

Stress and obesity are also classified as major causes of male fertility concerns.

Excessive use of drugs such as; alcohol, tobacco, marijuana and cocaine, can also lead to reduction in sperm count.

If one is exposed too much to toxins or other environmental hazards like; lead, radiation, pesticides, lead, mercury, radioactive substances and other heavy metals are known to affect male fertility.

Despite the fact that the effects are just temporary, high temperatures levels in testicles is known to reduce sperm production.

Men that have been diagnosed with male fertility issues should not give up so fast. Instead, they should talk to their doctor who in turn is expected to give them prescriptions that are likely to help them in correcting the situation. If the recommendations are followed to the letter, research has shown that there is a good chance of increasing male fertility on a general scale.

For example, if a man has low sperm count, then a doctor is likely to recommend that one gets to have frequent sexual intercourse which helps in building up a better sperm concentration.

Men can no longer take reproductive health for granted. One should not wait until they think of having kids. Recent studies in United Kingdom show that on average, one in six UK couples are having fertility problems. The indication is that this could be on the rise. A general trend indicates also that the average sperm count among the men has fallen massively in the past few years, despite the fact that this hasn’t really translated into low birth rates. Some of the other causes of this could be as a result of environmental pollution among other reasons. To increase male fertility one should focus on the following;

In the event that you have experienced one years of unprotected sex and your and your yet to conceive, its advisable to seek a doctors opinion . It is likely that he will detect the problem early enough and fix it either through medication, surgery or other better medical ways.

Studies have shown that for men who ejaculate regularly, their testes cannot keep up the production of sperms fast enough, hence fewer sperms are in the semen . On the other hand it is neither advisable for one to store sperms up since this can cause to a reduction of healthy sperms in the semen .

3. Maintaining a healthy Diet and weight

When a man is overweight, this is likely to affect his sperms as well as risk problems such as having blood flow problems as well as affect erections. It crucial that one eats a healthy diet, complete with fruits, low fats , vitamins and proteins as well as fibre. Drinking sufficient water is also critical.

A way to boost male fertility can be increase if a man practices regularly since through frequent forms of exercise on can relieve stress as well as control body weight. However as pointed out earlier excessive exercise can cause male fertility

5. Take care of what you smoke or drink

Excessive drinking of alcohol or smoking excessively affects both the sperm quantity and quality adversely. Smoking affects sperm count too so cutting down or stopping altogether would improve your chances.

6. Reduce your exposure to chemicals

It is important for men who wish to improve or rather increase their male fertility levels to keep off dangerous exposure to things like; pesticide, xenoestrogens and other dangerous industrial pollutants which are likely to mimic the function of estrogen. It is possible for a man to reduce the impact of xenoestrogens by either; completely avoiding using plastic containers to either store food, or even wrap utensils, only make use of paper products that are not whitened by chlorine, make use of coffee filters that are not bleached, eat organic foods and avoid food products that have been sprayed with pesticides, avoid all synthetic deodorants completely. One has also the responsibility of avoiding alcohol and caffeine.

7. Consider herbal helpers that could to boost male fertility

There are a number of herbal drugs that have been widely accepted by the medical fraternity and are known to help in male fertility. If well used as prescribed , then these herbal drugs can effectively help a man and correct any form of malfunction that one may be going through.

It is crucial that the men of this generation view reproductive health as something that need urgent readdress to try and fix the challenges that most men are going through. Stigmatization of men who have male fertility issues should be stopped. This is because stigmatization is what makes most men hold back from making the important step of accepting to see a doctor for a fertility test. Which is critical since if the problem is detected early, then there is a chance that the doctor may be in a position to fix the problem before its too late.

The medical fraternity has made lots of advancement and lots of resources have been pumped by government into research towards reproductive health for both women and men. It has however come out clearly, that male reproductive health units are less utilised. This is not to mean that men are least affected by problems of make fertility. At times it could be as a result of ignorance. The crucial point here is that there is need for government, the church and the social setting of the society to try and highlight male fertility issues to ensure that at all the times every one is fully aware of what is happening around them.

Women too have a responsibility, when it comes to fixing male fertility issues. At times all that a man needs is a raise of esteem. One must be made to feel in control and able to father a kid at any time. It is not right for a woman to always condemn a man that is having problems sexually. She should instead help the man overcome the challenge, one should help in seeking medical attention and show him that the problems are normal and some of these cases can be fixed. The moment that a man gets to realise that he has the support of the woman in his life, then almost half of his fertility problems are fixed. Male fertility is not rocket science, at times; all one needs is to just visit a doctor for examination, prescription, treatment and its likely that everything will go back to normal. 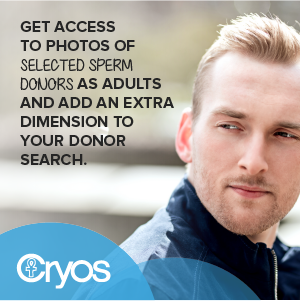