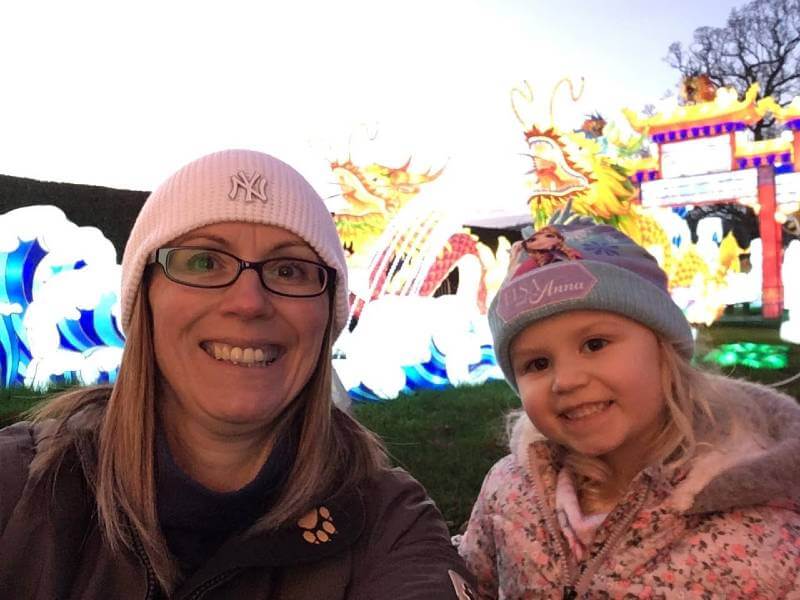 We discovered that we were unable to conceive naturally, so we decided to embark on the IVF route. I had 9 rounds of IVF, one of which put my in hospital, with a mild case of hyper stimulation. It was then I decided to do a bit of research on the internet, into Implantation failure. In doing so I found a clinic in London that appeared to specialise in this area, immune therapy (as my immune system was too high), so I had a telephone consultation. The consultant was so positive that he could help, we decided we had to go for it. My husband and I were fast approaching 40, this was going to be our last go, so we had to throw everything at it.

The 10th round started. It comprised of lots of medication, infusions, and trips back and fore to London. We worked with this clinic in London alongside our clinic in Wales. We also had our embryos tested to determine the quality of them. There were 4, and during this process 1 died, 2 were abnormal and they could not get a reading on the 4th. We decided to put it back because of all the immune therapy I had had. It was a tense time waiting to do the pregnancy test.

I started bleeding 1/2 days before I was due to do the test. A trip to the clinic to have yet more injections. However it was positive. 9 months later and many many injections and tablets, my daughter was born.

A couple years later we decided to use our last frozen embryo, using only some of the drugs that we had used on my daughters round, in the hope of giving her a sibling. A positive pregnancy test! Wow we couldn’t be this lucky, could we?

You’ve guessed it, no we couldn’t. I lost my baby just short of 12 weeks. A week later, not only was I grieving, but I suffered a nearly fatal haemorrhage.

A few months later it was evident that I was not dealing with all this very well, and started suffering panic attacks, along with hyper vigilance. I arrange to speak to a grief midwife, who was my saviour. She advised that I needed PTSD therapy, which helped hugely.  Eventually my meetings with her grew less, as I was getting better. Anxiety had subsided.

Sadly April last year the anxiety and panic attacks reared their head again. This triggered my IBS, and the anxiety and panics spiralled out of control. Aug last year was the last straw. I believe, looking back now, I had a break down. The attacks were triggering my IBS, and I had constant diarrhoea and was totally convinced and worried I was dying. That weekend I lost half a stone. This was now having an impact on my daughter. She actually asked me to stop crying as I was upsetting her. My wake up call!! I, once again, needed help. I went to my GP, who carried out a load of test, prescribed me medication to help with the anxiety and IBS. Tests came back, I was the picture of health, so it was my mind.

Once again I sought the help of a PTSD therapist, wondering after all this time, was I suffering again. And sure enough I was. Nearly dying with the haemorrhage triggered a real fear that I and my family would die and I wouldn’t be able to prevent it. Along with this was the fact that I associated the sound of diarrhoea with the blood loss I had with the haemorrhage. We tackled these over a couple of session, and so far so good. I still wake up in the middle of the night with anxiety attacks, but have learnt to work with them and breathe and they seem to have weakened and don’t last as long.

The reason I started my blog is because the one piece of my advice my consultant gave me was to speak to someone who has gone through IVF, because you really do not know what it is like unless you have been there.

I want to show people it is possible, but it’s tough. I want to be able to support people and provide advice, from my personal experience, and to break down the still existing taboo of needing help to conceive. If I can help just one person, I will have accomplished what I set out to do. If I help more, I would be ecstatic!

I am also on Instagram : the.infertilitybubbleBoth of these are still fairly knew, and I am finding my way.

I am looking to get involved with fertility support groups too.

I am very passionate about this, as i wished i had been a bit more prepared going into IVF from people who had been through it, and could give a personal account as to how the felt exactly, the emotions and the strain that it can cause.

Do you have a story to share? If so please get in touch with us via our contact page.

Editorial Team
Fertility Road aims to inform and inspire in a way that is direct, honest and empathetic, whilst breaking down the science by being written by top experts from the fertility field.
PrevEmilia Bechrakis shares her personal IVF journey via her new YouTube channel
Innovation, quality and excellence: the heart of UR HLA Vistahermosa’s commitment to patient careNext