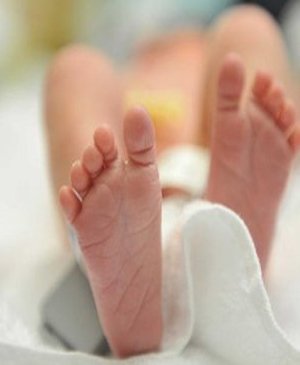 Part Two in our exclusive series on undertaking fertility treatment away from home sees us examine the idea of obtaining donor eggs from abroad, as Carrie Dunn investigates…

According to the National Gamete Donation Trust, around 800 babies are born in the UK every as the result of donors eggs or sperm. In the UK, there are strict guidelines set down by the HFEA stating who can and cannot donate, and there can be no financial reward for it.

More significantly for the recipients, though, is the lengthy waiting list – with so few donors and so many couples wanting children, the process can take several years to begin under the auspices of the British medical system.

That’s why many couples are opting to travel for IVF abroad and undergo the egg donation procedures there. Pip Morris from the NGDT says: “The British system is one of the most heavily regulated sectors in the world, but it’s done that way to protect the donor, the recipient and most importantly the offspring – that’s why it takes longer.”

Why would people travel abroad for donor eggs?

Angela (not her real name), a 36-year-old marketing officer from the Midlands, discovered this herself last year, when she and her husband began the egg donation process after they failed to conceive naturally.

“We’d been trying for a year-and-a- half. We’d had tests, but nothing was happening. That said, the hospital never told me that the tests were showing that my ovarian reserves were low. We went for a second opinion, and they told me that my luteinizing hormone levels were critical. We’d wasted all that time,” she recalls.

It was at that distressing point that the suggestion of egg donation was made. “They’d told us this bad news very matter-of-factly, and then they added that our only option would be an egg donor but in the UK we’d be looking at a two-year waiting list,” she says.

“We’d been told for so long that everything was fine and would be fine, and then they hit us with this. If we’d known about it sooner – if we’d had the tests done when we first started trying for a baby nearly two years ago – the whole process would be done and dusted by now.”

It might not have been, though. There are fewer than 400 sperm donors and just over 1,000 egg donors in the UK, according to the latest figures from the HFEA, so with hundreds of couples wanting to start their families with donations, that means a long wait.

Thankfully, Angela and her husband were offered an egg by a relative, meaning they would not have to join the queue of potential parents waiting for a donor egg.

“We are very close to her and her husband, and knowing what we were facing, she offered us one of her eggs. We had a serious, semi-formal conversation with them, and asked her, ‘If this works, how would you feel?’ and she said it would just be an egg to her, and she certainly wouldn’t see it as her child – it would be ours. I did have some reservations, but we went through with it, and I got pregnant. But we lost the baby at six weeks. It clearly wasn’t meant to be, but I’m hugely grateful to her for her generosity.”

After this devastating news, Angela began researching the possibility of travelling to a fertility clinic overseas and undergoing the egg donation process there. “I wanted to move on,” she says. “It had consumed me for so long. The clinics I spoke to were so different to the NHS hospitals I’d been treated at, and I ended up creating a spreadsheet to assess the advantages and disadvantages of each of them, spending a week just looking at all of them properly.”

Angela chose five to investigate further, and then selected the Spanish clinic she wanted to go to for treatment based on her relationship with the staff she spoke to as well as the chances of success. Since then she has begun treatment there, with consultations and tests, which verified everything the NHS hospital had already told her.

“They confirmed that I have no eggs, and we started treatment immediately. I thought we’d have to wait until my next cycle, but no – we have the egg transfer in a couple of weeks.” Selecting the donor was another stressful experience. “We wanted to choose someone who matched my physical characteristics,” says Angela, “and the clinic has been really encouraging, which is what you need with a couple who are so anxious and who have waited for so long.”

Finance is often a worry for British couples seeking private medical treatment, and egg donation abroad can prove very costly as the fee takes into account the recompense given to the donor. Angela and her husband have chosen to take out an interest- free credit card, as they have no substantial savings. “We’re both working full-time, though,” she says. “It’s just one of those things. If it doesn’t work out, then we’ll be £9,000 down.”

Angela says that there has been no strain on the marriage as yet. “My husband is lovely and very laidback – he wants whatever makes me happy,” she says. “He says he didn’t marry me for kids, he married me for me. His side of things is obviously fine, so if this works out we’ll have a baby that’s ours, even if it’s not mine biologically.”

Pip Morris advises anyone planning to copy Angela to do exactly the same amount of research and preparation.

“Do your homework,” she says. “I’ve heard of people going abroad to get a donor egg implanted, and then when the baby is born the donor is named on the birth certificate, which obviously has huge implications for the child and the donor herself. Find out what the policy is in the clinic and in the country if you’re sure you want to go abroad for treatment.”

One obvious problem could be a language barrier – if an English- speaking couple travels to the continent for treatment they may find themselves in highly emotional and jargon-laden dialogue with clinic staff who may not have English as a first language.

Shelley Smith, the founder of the Egg Donor Program in southern California, says many women have opted for a clinic in Spain or Greece simply because travelling from the UK to mainland Europe is easier than crossing the Atlantic, but attitudes are changing. She recommends researching all the options properly before committing to a particular clinic. “Here in California, it’s further for British women and couples to travel, but our doctors are very successful,” she says.

Smith started her clinic nearly 20 years ago when few people had heard of the process. Now, women in the area donate for a variety of reasons, only one of which is the financial recompense – and that is quite significant, with first-time donors receiving $7,000. “Often donors find it really fulfilling to help someone who has been struggling to get pregnant,” she says.

“The advent of the internet has really changed the egg donation process, because now people can log on and have instant access to so many possible donors.”

When a woman chooses to undergo the egg donor process at Smith’s clinic, the procedure begins with a short phone consultation explaining what will happen as well as the cost.

“We reassure them that nobody will be able to take the child away from them – that it will be their baby, and then we can start to match them with people,” says Smith.

“It’s wonderful to go on to a website and read about the donor’s family history, but with us, they can also talk to someone who knows her. We think it’s important for clients to find a donor they can connect with; it just makes it an easier and more joyous process.”

The UK is one of Smith’s largest overseas bases, with numbers steadily on the rise. “It’s an expensive process, but that’s often the case wherever couples seek treatment. For those coming here, it’s a long way, but it’s the whole experience that’s important, while for us, we enjoy working with British patients for what we call ‘the gratitude factor’.

They are so nice,” she says. “They know they won’t be able to do this process at home until they’ve spent three years on a waiting list.

Here, they can look through our database, and they’re genuinely excited to see all the donors, whereas American clients have always taken it as read they’ll be able to pick whoever they want and keep to quite exact criteria. British clients always tell me, ‘I could choose any of these women!’ We know how much it means to them.”

Editorial Team
Fertility Road aims to inform and inspire in a manner which is honest, direct and empathetic. Our worldwide expert writers break down the science and deliver relevant, up-to-date insights into everything related to IVF.
PrevOptimizing your genetic potential to improve your chances of becoming a parent
Is Stress affecting your Fertility?Next