The story of Cheryl and her little Luca at Clinica Tambre 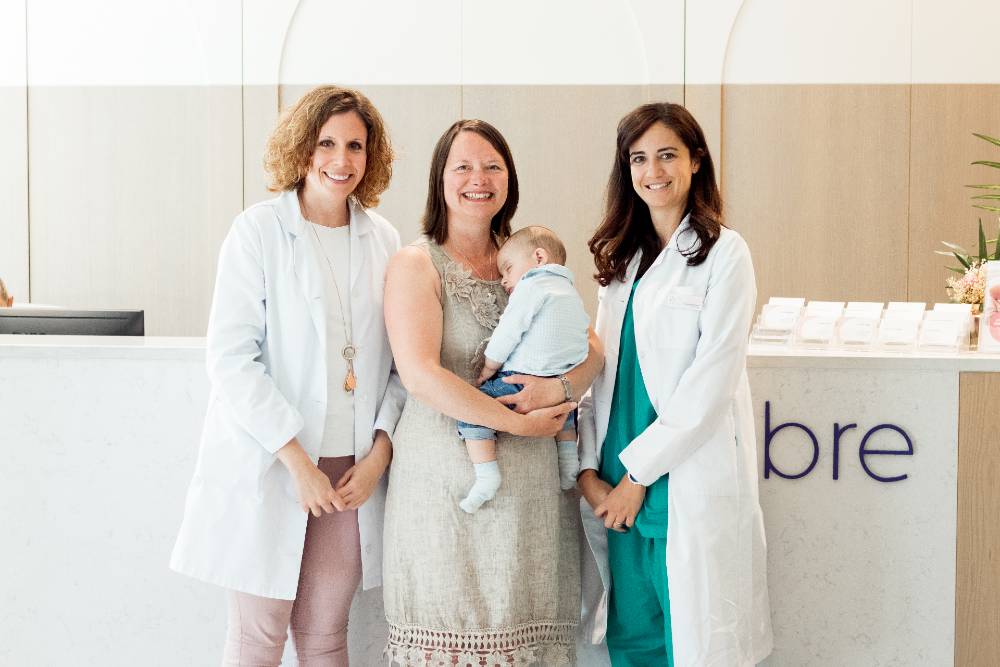 After two failed pregnancy attempts with her own eggs, Cheryl came to the conclusion that it was unlikely that she would conceive in that way. For her and her partner, it was hard to digest but they were not willing to give up on their dream of raising a family. It was her doctor who encouraged them to visit Clinica Tambre and explore their possibilities.

Her experience with Clínica Tambre

Cheryl says that she and her boyfriend immediately felt at home with Clinica Tambre as soon as they walked through the door;

“The medical team explained the options to us very clearly; resolved our doubts and answered our questions whilst giving us time to make our decision in a very measured way. We were extremely impressed with the way were treated, respected and how we felt valued from day one.”

Conversations with the couple were undertaken in two languages (English for Cheryl and Spanish for her boyfriend) to ensure both fully understood their options and it was agreed that the clinic’s egg donation programme was the most appropriate way forward. It is quite normal and natural for any prospective parents to have doubts and fears about fertility treatment and this couple were no different. In this case, Cheryl was worried that her baby would not have her genes and, therefore, an Anglo-Spanish mixture. This concern was specifically addressed by the clinic’s medical and psychological team who explained that it was the love, care and support that parents offered which were the most important elements which, when combined, had the most profound effect on a child’s development. Put simply, “Genes are not what make a child happy!”.

This is just what the couple wanted to hear.

Reassured, the couple began their fertility journey with the clinic; a process like a rollercoaster ride which offered moments of both joy and a little anxiety. Although it sounds very simple, Cheryl emphasized the importance of being treated like a ‘person’ throughout the process rather than merely a ‘patient’. Cheryl found it difficult to put into words her appreciation of the work of both doctors Marbán and Santiago, who helped her during the difficult and challenging times.

“It was when we needed the most help that we received the most support,” Cheryl said.

How do you feel now?

Now, four months after her son, Luca, was born, Cheryl couldn’t be happier. She reflects daily about her fertility journey and is thankful that hers was successful;

“Being a mother is a wonderful experience, a wonderful feeling, even when she cries,” she confesses with laughter looking at her baby.

Cheryl was extremely pleased about her experience with Clinica Tambre;

“The choice of which clinic to go to is crucial and what happens there will affect the rest of your life” she says, “Choose a clinic that feels right for you not merely because of its reputation”.

And the final word from the new mum, “Don’t give up even when faced with the most difficult of challenges, in the end, it gets done”.

Editorial Team
Fertility Road aims to inform and inspire in a manner which is honest, direct and empathetic. Our worldwide expert writers break down the science and deliver relevant, up-to-date insights into everything related to IVF.
PrevClinica Tambre: Consolidating Excellence
Sarah & Joe are back in Barcelona ready for their transferNext