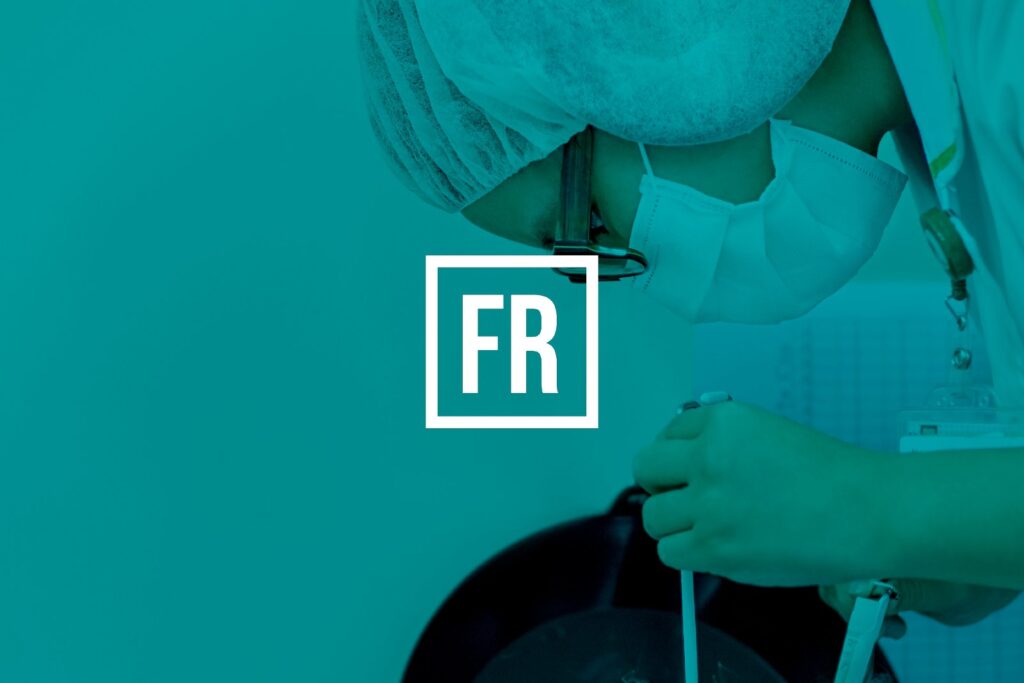 Embryo biopsy – is it safe enough?

Assisted Reproduction Techniques (ART) have evolved over the past decade to improve the success rates in IVF techniques. With the introduction of Preimplantation Genetic Testing (PGT), a new technique was born in laboratories – embryo biopsy.

Embryo biopsy techniques are always improving, and have become safer and more reliable. The tools and technologies of genetic study have changed and have been replaced by more complex and accurate techniques. These changes include the way in which biopsy is performed as well as the stage of embryo development at which the biopsy is done.

In order to perform the PGT testing we need to obtain genetic material from the embryo for analysis. A biopsy is required and this procedure consists of the removal of cells which will be discussed in this article.

PGT and embryo biopsy techniques enable us to proceed to IVF with the confidence that we have chosen the best embryos for a successful pregnancy without genetic abnormalities and diseases.

What is the PGT?

PGT is a genetic test performed in embryos to screen for chromosomal abnormalities or inherited diseases. Abnormal embryos are identified and the Embryologist can select genetically normal embryos for the transfer.

Depending on the patient’s medical history, the best option of PGT will be chosen for the benefit of the patient.

Preimplantation genetic testing for aneuploidy (PGT-A): testing for abnormal chromosome number. This test analyses the 46 chromosomes to look for extra or missing chromosomes, such as Down syndrome (three copies of chromosome 21).

Preimplantation genetic testing for monogenic disorders (PGT-M): testing inheritable genetic conditions in the family to avoid passing it on to their baby, including sex-linked diseases (e.g. Cystic fibrosis or Huntington’s disease). Preparation tests like bloods or saliva samples may be necessary before the PGT-M cycle.

Preimplantation genetic testing for structural chromosomal rearrangements (PGT-SR): genetic test performed to screen if the embryo has chromosomes arranged abnormally or are not sized correctly. This is caused by balanced translocations and inversions in the chromosomes. Chromosome rearrangements can be inherited or happen spontaneously.

What happens in the lab?

Over the years, the biopsy technique has evolved. It was common to perform biopsy on day 3 of embryo development, when the embryo is in cell stage.

Several difficulties arise from performing biopsy at cell stage. If the cell lysed during the procedure, another cell will have to be removed. It is a more invasive method for day 3 embryos as there are eight cells present in the best of cases.

Not only does the technique pose challenges, but also do the results. This is because we know the chromosomal information of one cell only. The risk is lower and the results more reliable with the blastocyst stage. Embryos that have reached the blastocyst stage are currently preferred for embryo biopsy (on day 5 or 6, some laboratories even day 7, post-insemination).

Blastocyst biopsy has the advantage that has a larger number of trophectoderm cells. Therefore, a group of cells is studied; we obtain more information compared to the biopsy on day 3. The trophectoderm of a good quality blastocyst has many cells, between 100-300 cells. We need 5-10 cells for the genetic study. As the trophectoderm has a good number of cells; this is not harmful to the embryo.

The removal of the trophectoderm cells is possible without affecting the inner cell mass from which the future baby later develops. Obtaining around that number of cells, we will be able to obtain a result that will indicate the complete chromosomal state of the embryo. It is important that the embryo is of good quality to be able to obtain that number of cells and the embryo can continue to develop as intended. For embryo biopsy, a small incision (assisted hatching) is made in the zona pellucida that covers the embryo, on day 3 of development. This makes it easier for the blastocyst to hatch from the zona and facilitate the biopsy.

Some laboratories perform the assisted hatching on the same day as the biopsy. This depends on the routine protocol used in the laboratory, or on the embryologist, both methods are safe.

On the other hand, an exhaustive training by the Embryologist is carried out. A qualified Embryologist will perform the biopsy, and the possibility of damaging the embryo is minimal.

However, there is always some risk that damages to the embryo can occur during the procedure. This is because it is still an invasive technique, but with a good embryo quality and the right hands, the risk is minimized.

Once the biopsy is done, the Embryologist proceeds with the tubing. This is a very thorough technique with which we must work in a strictly sterile area, making sure that everything we are going to use is clean of external DNA, to avoid contamination.

Both, embryo biopsy and tubing steps always require a second person as a witness to ensure that the number of embryos and cells obtained are correct at all steps.

Depending on the laboratory, the results can be received in an interval of 2-3 weeks.

The freezing of the blastocysts (vitrification technique) is carried out; the embryos are frozen while waiting for the results. When the results arrive at the lab, and if we have at least an euploid embryo, the clinic can start scheduling the frozen embryo transfer. The euploid embryo will be thawed and transferred as a normal frozen embryo transfer.

We can have two scenarios when deciding to perform the embryo biopsy. Biopsy on embryos obtained from a fresh cycle, or embryos that we already have frozen and we want to know their genetic status. The second option requires thawing, performing the biopsy, and freezing the embryos again. This option will be decided based on the patient’s history and the quality of the frozen embryos.

What results can we find?

The results are sent with the information of the biopsied embryos and their genetic status.

Euploid embryos: chromosomally normal with 46 chromosomes in 23 pairs. The goal is to transfer one euploid embryo that will have the best chance of becoming a healthy baby.

Mosaic embryos: A sample is reported as ‘Mosaic’ if a significant proportion, but not all, of the cells sampled are found to have a chromosome abnormality.

No result/No DNA detected: It is possible that the laboratory is unable to obtain a result. This can be due to variety of factors, including: poor embryo quality, degraded DNA, cells lost during the tubing procedure… In certain cases, re-biopsy of good quality blastocysts can be considered. The results of PGT are highly accurate; around 98% depends of the laboratory. It is a high percentage that can be beneficial depending on the patient’s medical history.

Embryo biopsy has been improving over the years, to be a safe and effective method in the laboratory. The blastocyst biopsy may be performed safely with an expert Embryologist and a laboratory prepared for it.

The benefits of this technique allow us to know best morphological and genetic embryo, giving one more option to patients who may need it.

The main indications of PGT are advanced maternal age, repeated implantation failure, previous miscarriages, severe male infertility and couples who are at risk of having a baby with an inherited genetic disease.

In conclusion, PGT should be integrated into ART to offer the best outcomes to patients. However, always with the help of the specialists in the clinic to make the best decision in your particular case. 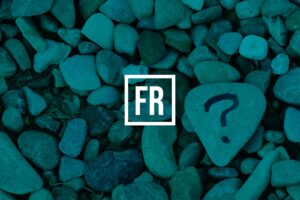 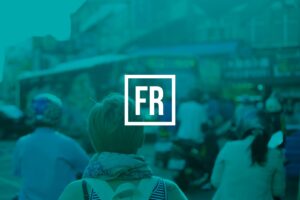 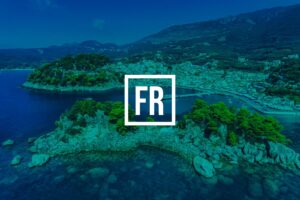 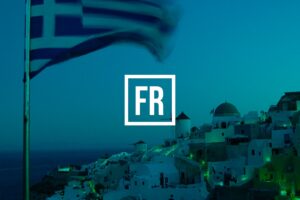 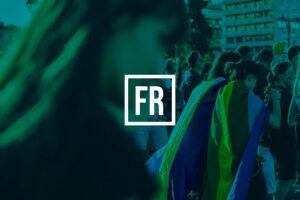 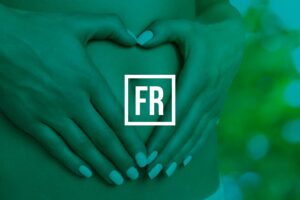 Andrea Sánchez Freire, Msc Embryologist
Andrea studied Biology in University of Santiago de Compostela, where she discovered the world of Assisted Reproduction the first year, that's when she decided to become an Embryologist. She has a Master in Human Reproduction in ZYGOS, and the IVI Master in Theoretical Bases and Laboratory Procedures in Assisted Reproduction. Andrea is a Senior Embryologist, her job is her life, she is passionate about seeing the dreams of many couples come true thanks to her. Linked in profile >
Menu
We use cookies on our website to give you the most relevant experience by remembering your preferences and repeat visits. By clicking “Accept”, you consent to the use of ALL the cookies. However you may visit Cookie Settings to provide a controlled consent.
Cookie settingsACCEPT ALL
Manage consent